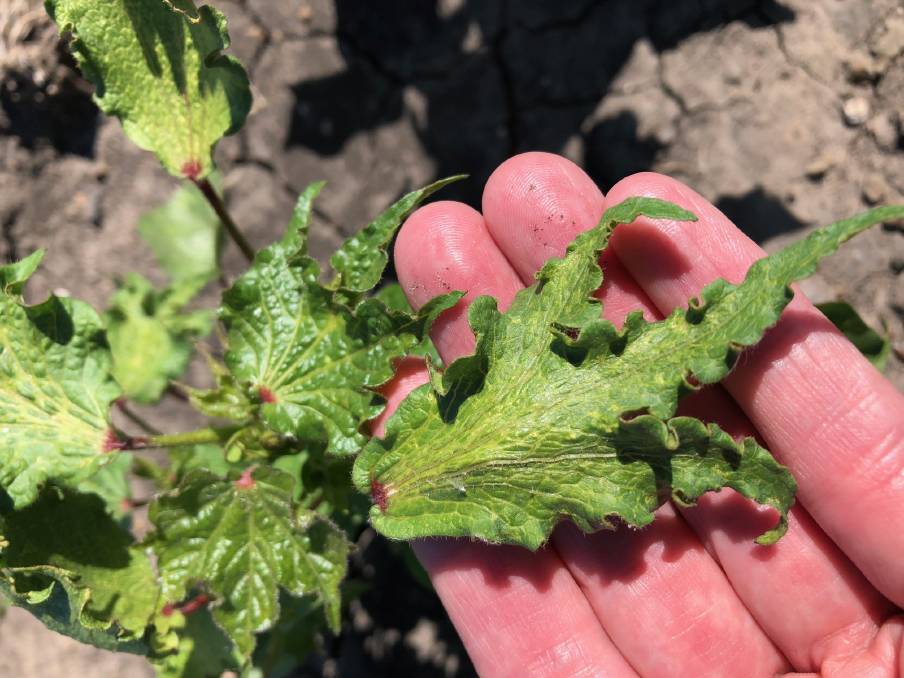 Cotton industry representatives are calling for more restrictions around the use of 2,4-D, with continued spray drift events costing the industry millions each year. Photo - Mary O'Brien

The cotton industry is calling for restrictions around the use of 2,4-D after 6000ha was damaged at Walgett prior to Christmas.

Calls to impose restrictions on the use of the herbicide 2,4-D have been made by frustrated cotton growers looking at millions of dollars in crop losses.

In the Walgett, NSW, area alone, about 6000 hectares of cotton have already been identified as affected.

This is despite only being half-way through the season.

The degree of damage will not be known until harvest, however industry representatives predict some fields may be a total write-off.

Last week, the Walgett Cotton Growers' Association met to discuss the situation and made calls for action to prevent further damage.

The second, restricting the use of 2,4-D between October and March.

Mr Beirhoff said they had called for a restriction, not a ban, during the summer season.

“If you absolutely, desperately, needed to use 2,4-D, you could apply to put it on under certain conditions,” he said.

“You would have to attend a spray workshop so that you know the correct application methods.”

Cotton Australia chief executive officer, Adam Kay, said while some might jump to the conclusion that banning 2,4-D was the solution, it was definitely not what the industry was trying to do or what they wanted to happen.

“We're just trying to get some guidelines around the use of it that makes it safe for everyone,” he said.

“There's no way we want to lose these valuable products, but we've got to try and make sure that they're being used safely.

“That might mean that there's some more guidelines to ensure that we don't see this drift occurring.”

Mr Kay said it was disappointing that spray drift was ongoing and was impacting a percentage of the cotton industry every year.

“There are farmers having their livelihoods put at risk by drift every year, as well as the cost to the industry which has been in the millions of dollars,” he said.

“It's really impacting on individual farmers.”

Mr Kay said despite large amounts of money spent on awareness raising, education and workshops he felt they had not solved the problem.

“It's concerning because we just don't seem to be making any headway,” he said.

“There just seems to be a very small percentage of people that that message isn't getting through to, and they're jeopardising the livelihood of other farmers.”

Mr Beirhoff, said a lack of water in the Walgett region would make it hard for many growers to salvage their crops.

“Everyone will be in a different scenario,” he said.

“Some people will be extremely short on water.”

Mr Beirhoff said growers with full access to their water allocations would be better placed to accommodate the extra time that it's going to take to recover crops.

“A couple of growers are thinking about removing a fair part of their crop that's been damaged so that they can have enough water to cover the stuff that has had minimal damage for a longer period of time.

“The cotton that I look after for Avondale Ag is going to be six to seven weeks later than it was originally.”

Cotton exposed to Group I herbicides can also incur harvest or picking losses.

“It's just a great unknown of what yield you're going to end up with.”