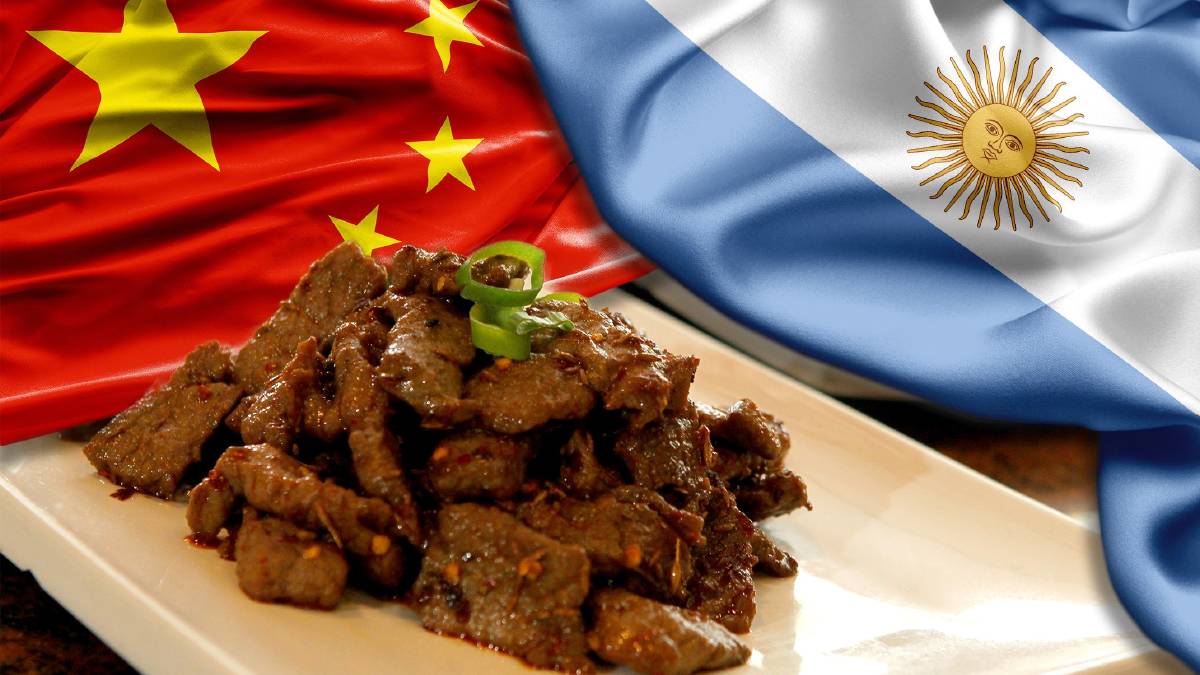 CHINA’S decision to open its doors to chilled beef from Argentina has brought to the fore the extreme competitive price pressure Australian red meat exporters are carrying.

Urgent action is needed on energy and labour costs and regulatory burden to offset the paper thin margins Australian processors are currently operating under, exporters say.

A bilateral agreement between China and Argentina has just been signed which includes a new sanitary protocol expanding Argentinian access from the current frozen boneless beef to include bone-in and chilled product.

Just how quickly the Argentinian deal will kick in is not yet known but international reports say sheepmeat is also included.

Argentina, one of the top ten largest beef exporters, has already had a strong presence in China, sending more than 80,000 tonnes of mostly low-cost cut frozen product last year.

The Australian Meat Industry Council (AMIC) says Australia is well-placed to compete given the quality of our beef, the longstanding relationships forged and our ability to supply year-round.

However, the lack of progress in areas that desperately need reform could mean developments such as this have the potential to affect Australian beef fortunes significantly.

“Like us, Argentina has a good track record in China and is working hard on quality.

“Unlike us, they don’t have the cost pressures, particularly labour.”

Mr Hutchinson said Australia was the longest-serving meat exporter globally and had been effective in market negotiations.

“But as we start to see countries like Argentina come onto the competitive space, there is more need than ever to address the competitive price pressure we face,” he said.

A number of factors, including the rising Australian dollar and Australia’s cattle supply situation, when combined with the lack of government action on easing energy costs and red tape burden, were proving “catastrophic” for the competitiveness of beef exports, Mr Hutchinson said.

“The world’s largest consumer of raw materials is China and as such it is becoming a more open market place,” he said.

“Our government needs to wake up to fact red meat exporters are operating in a highly competitive market and show some recognition of the importance of our industry to the Australian economy and in particular regional and rural areas.”

Northern NSW’s Bindaree Beef, which has pioneered the sale of chilled retail-ready beef into the Chinese market via an online platform, says it is watching the China market very carefully.

“Brazil has taken a strong foothold into Hong Kong and China with frozen product and we are concerned about Argentina competing in the chilled segment,” Bindaree’s Andrew McDonald said.

Meat and Livestock Australia’s latest market snapshot on China says it is already very competitive and will become increasingly so as more countries are granted access.

Australia’s key competitor for frozen beef into China has been Brazil, which re-gained access mid-2015, and in 2016 supplied almost 30 per cent of imported frozen beef, the snapshot said.

MLA’s snapshot said Uruguay has been a consistently significant beef supplier to China, with New Zealand and Argentina also listed as suppliers of note.