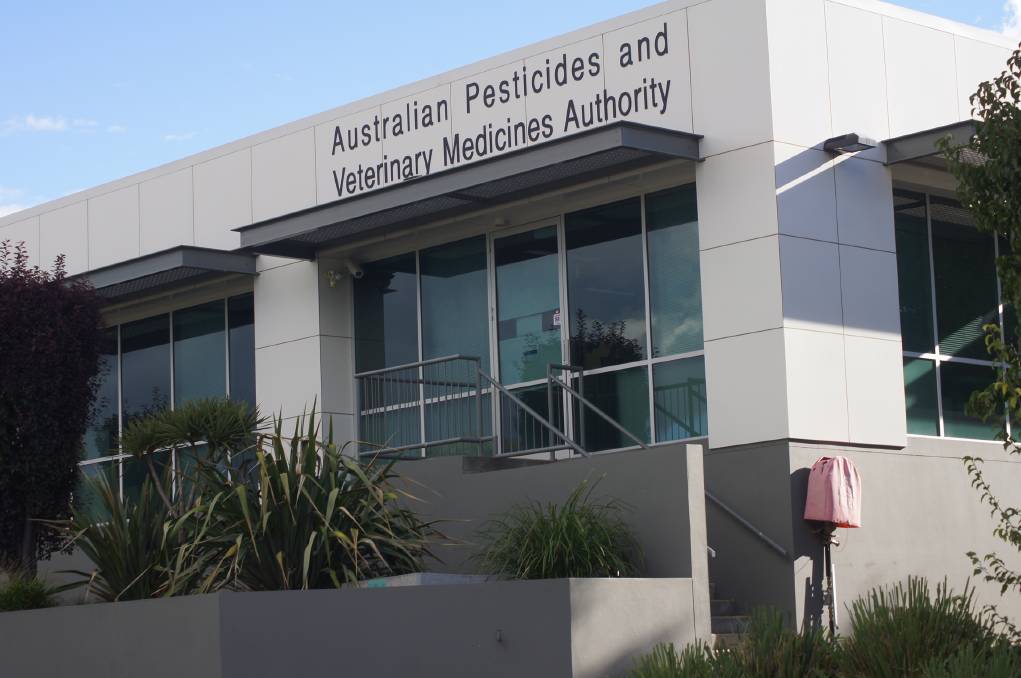 Senator Leyonhjelm is applying subtle pressure to the federal Coalition and new Agriculture and Water Resources Minister David Littleproud to reverse a change made to the APVMA’s corporate structure which resulted from the Uhrig Review of corporate governance practices for government statutory authorities, in 2003.

That review led to the APVMA’s industry based representative board being axed and replaced with a CEO appointed by, and answerable to, the federal Agriculture Minister.

Senator Leyonhjelm said for “very questionable reasons” the Uhrig Report recommended statutory authorities should report direct to the minister instead of a board - but it was never a very good argument because the APVMA is funded by industry, not government funded.

“There may have been some statutory authorities which were paid for by government where it made more sense to have the minister with overall responsibility rather than the board, but that was not the case, with the APVMA,” he said.

Senator Leyonhjelm said it was a mistake to abolish the APVMA board - a decision he’d repeatedly criticised - and there was now “plenty of objective evidence” to show the farm chemical regulator’s performance had declined, with farmers worse-off.

“At the time of the Uhrig Review, I predicted the APVMA’s performance would decline under a governance structure where the CEO is answerable to the minister, rather than a separate board, and that’s exactly what’s happened,” he said.

“But a return to the board structure, in my opinion, would be a step in the right direction in terms of accountability and lifting the APVMA’s performance.”

The APVMA reported improved performance statistics in its most recent results, released in December last year, showing crop protection product registrations at 72 per cent completed on time, compared to 36pc in the previous quarter (September 2017).

But the regulator’s work record - in particular delayed approvals for farm chemicals that need to hit the local market in a timely manner, in order to remain commercially viable and effective - has been a repeated source of frustration to the farm sector.

That extended decline in regulatory capacity has been one of the motivating factors underpinning former Agriculture Minister Barnaby Joyce’s controversial decision to relocate the APVMA from Canberra, to Armidale in northern-NSW.

Senator Leyonhjelm said reinstating the APVMA’s board was a policy decision that Mr Littleproud and Assistant Agriculture and Water Resources Minister Anne Ruston would now be responsible for.

He said he’d spoken about it to the new minister and previously to Mr Joyce’s ministerial staff and would also be pursuing the matter with Shadow Agriculture Minister Joel Fitzgibbon, in future.

“If I find anybody else with an interest in it then they’ll get an ear bashing as well,” he said.

He said the idea to try to reinstate the APVMA board had originated with the government, within Mr Joyce’s office, when he was the minister. 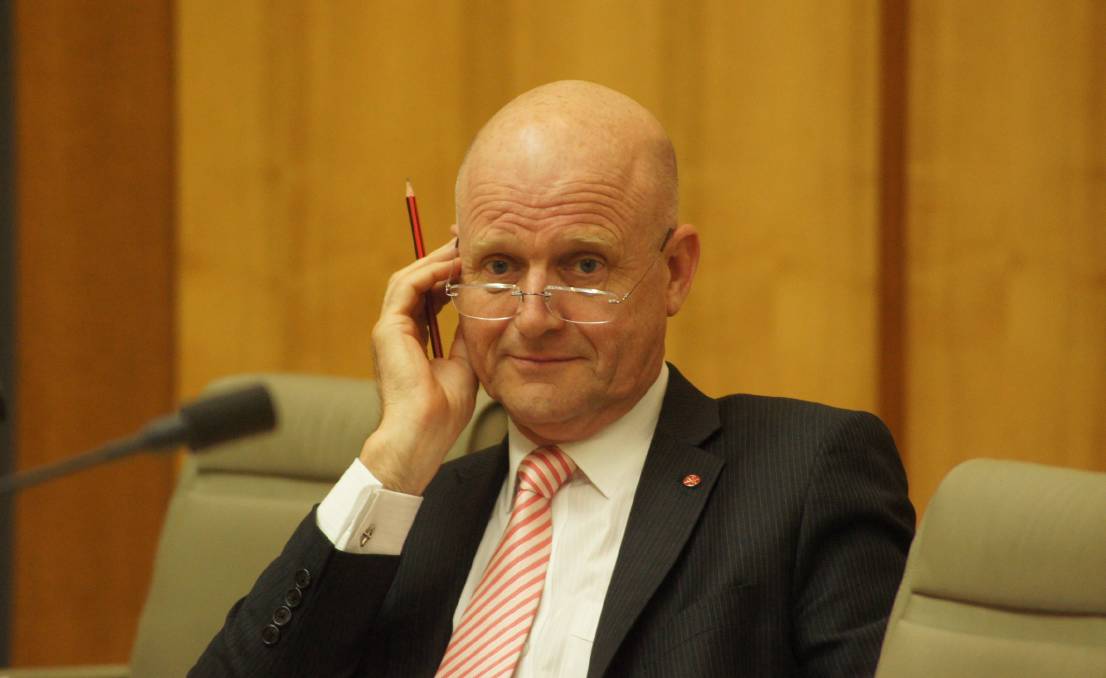 “One of his staff raised it with me and asked me my opinion on it and I expressed support and said it was an excellent idea,” he said.

“I had a chat with Animal Medicines Australia about it but then not long after that there was a change of minister.

“I raised it with David Littleproud when I met with him and he said he’d heard about the idea but he was a bit non-committal.

“However, I said ‘It’s a very good idea, you should pursue it and if you need any assistance form me, I’m happy to provide it’.”

Senator Leyonhjelm said he had an ongoing relationship with Animal Medicines Australia and regular contact with CropLife: core APVMA stakeholders.

He said the former CEOs of both organisations were disappointed when the APVMA’s board was abolished, “so my expectation is they would both support (reinstating it)”.

“Obviously there are some details they’d need to know about how the APVMA board would be constituted and what powers it would have, before making a final decision,” he said.

“But I think the idea in principle warrants substantial support from anyone who knows anything about the APVMA, like industry and farmers.”

Mr Littleproud confirmed Senator Leyonhjelm had raised the issue with him and stated that he was “prepared to explore those options”.

“I think Senator Leyonhjelm brings some knowledge and expertise that should be listened to and I’m not afraid to listen to Senate crossbenchers or the other side,” he said.

“I’m not the beholder of all wisdom and knowledge and am more than comfortable with collaborating on all ideas that would advance agriculture and that includes getting government out of peoples’ lives and making sure we get the best outcomes for our producers.”

CropLife Australia CEO Matthew Cossey said his group was “open to all and any genuine options” that would provide ongoing and improved efficiency to the APVMA.

However, Mr Cossey said the previous governance board was abolished following the Ulrig report which found that the APVMA’s “specific nature” didn’t suit retaining such a governance structure.

“I must say, I’m personally concerned about just adding another layer of administration and bureaucracy, because I don’t see how that would improve efficiency,” he said.

Mr Cossey said the proposal to reinstate the APVMA’s board was raised last year as a suggestion made by celebrity gardener Don Burke to the then minister, Mr Joyce.

But he said before any consideration was given to what would be a “costly exercise” there should be a review of “why we got rid of it in the first place”.

“If government needs this to ensure one of its public sector regulatory authorities operates properly then the government should provide specific funding for it,” he said.

“This is a regulator that operates through industry fees and levies and therefore any extra bureaucracy government wants to add should be paid for by government, otherwise it’s just another cost on farmers and the essential products they need. “

Animal Medicines Australia (AMA) Executive Director Ben Stapley said before any return to an APVMA Board can be considered, his group needed to be sure that such an approach offered benefits to its members and customers including veterinarians, farmers and pet owners.

He said the AMA had always said it supported reform measures that resulted in a more efficient APVMA facilitating innovative veterinary medicines being introduced to Australia sooner.

“However, AMA can’t express a view until we know more details of any potential APVMA board - such as potential functions, objectives, accountabilities and costs,” he said.

Senator Leyonhjelm said an APVMA Advisory Board, comprising farm chemical stakeholders like farmers, was implemented after the APVMA board was axed - but in his view it was “pretty useless” and was recently abolished by Mr Joyce.

On the potential shape of any new governance structure, he said currently the APVMA was “essentially not accountable” and the only accountability was for industry to complain to the minister about substandard performance.

However, the APVMA can then tell the minister it’s not to blame and deny it had the capacity to do anything about it and “we’ve had years of that”, he said.

Senator Leyonhjelm said the APVMA received next to no government funding which undermined any argument that the Authority should report to the minister and that a minister should be more responsible for it, than a board.

“The composition of the board is important and in the days when the minister chose the board it was on the recommendation of various stakeholders like; the chemical industries themselves; farmers who use crop and animal health chemicals; and state governments that had delegated their powers to the federal government for the purposes of registering agricultural and veterinary chemicals.

“It needs to be a representative board and the minister should appoint the board based on the advice of various stakeholders, and the Chair, and the board then appoints the Chief Executive.

“I’d like to see it done as soon it can be done, in practical terms, bearing in mind you’ve got to get the right people.

“It’s a time of change for the APVMA because it’s in the process of relocating to Armidale.

“Whether that’s the right or wrong decision, it’s a decision that’s been made, and there’s a lot of water under the bridge now - but with that level of change, it’s also a good time to implement a governance change.”

Senator Leyonhjelm said he didn’t think Mr Fitzgibbon would have a problem with the idea of reinstating the APVMA board - despite the Labor MP’s repeated staunch accusations the relocation to Armidale was politically based pork-barrelling for Mr Joyce’s New England electorate - because “he’s very pragmatic”.

“If Labor wins government at the next election I think Joel Fitzgibbon will make a very good minister – he’s just a pragmatic person by nature, he likes agriculture and he’s right across the portfolio,” he said.

“He also knows the APVMA’s limitations and the complaints made about its performance.

“The APVMA is a source of chronic complaint and at the moment those complaints are fed up to the minister.

“Barnaby was forever hearing complaints about the APVMA and Joel would be well aware of that.

“There’s also a certain amount of logic in reinstating the board, to give it true governance responsibility, so those complaints can be directed to the board, rather than the minister, and that would make life a little easier for them you would think.”

But he said when the Chief Executive reported to the board, that person knew their job depended on the organisation’s performance and subsequently the board was empowered to dismiss them.

“That’s what normal organisations, with boards, do and that’s the power they have,” he said.

“The APVMA Chief Executive knew their job was on the line and therefore that translated into how he or she managed the organisation - but that all disappeared when the Chief Executive became answerable to the minister.

“While the minister can theoretically dismiss the Chief Executive, that’s extremely rare and there’s just not the same incentive to improve performance.”