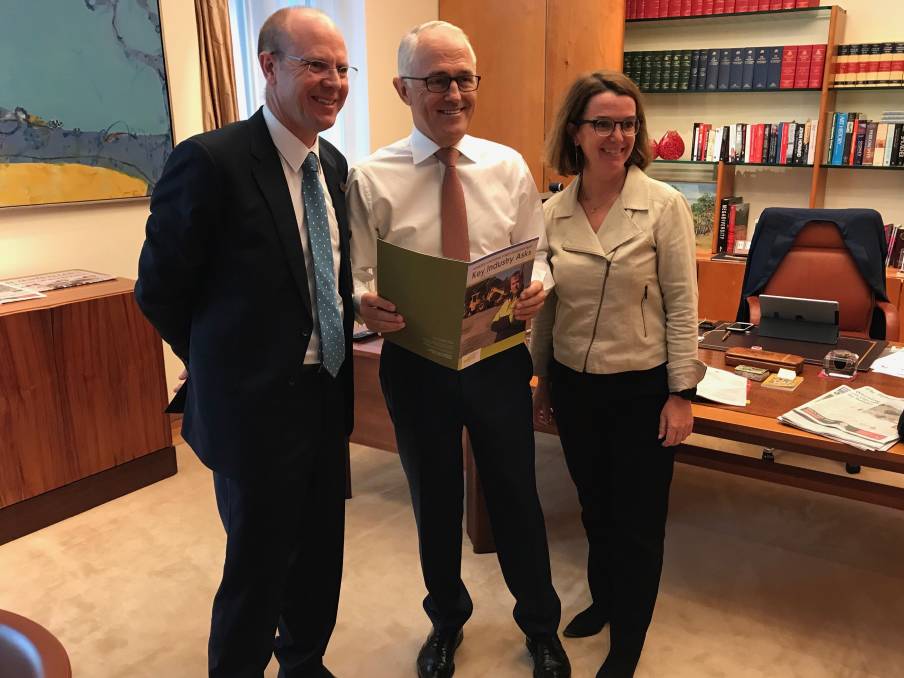 FARMERS and farmland use incentives are a central plank in a new strategic plan to bolster the viability of Australia forestry sector.

FARMERS and farmland use incentives are a central plank in a new strategic plan to bolster the viability of Australia forestry sector.

In September last year, Prime Minister Malcolm Turnbull announced that a National Forest Industries Plan (NFIP) would be pursued by the Coalition government to ensure the $24 billion local forestry industry was a “growth engine” for regional Australia.

At an industry dinner in Canberra, Mr Turnbull revealed Assistant Agriculture and Water Resources Minister Anne Ruston would oversee the new government plan that’s due to be released in the second half of 2018, to “underpin growth in the renewable timber and wood-fibre industry”.

The Australian Forest Products Association (AFPA) has now developed a preliminary document to will help to guide the government’s strategic plan, which outlines key industry demands for policy-makers to consider.

In it, the Association’s President Greg McCormack said the forestry industry’s plan was “urgently needed” due to mounting external pressures.

The document highlights recent media reports that show the Australian forestry sector is under intense pressure due to a reduction in plantings causing a sharp a shortage in timber supplies for the local building industry which has experienced a construction boom in recent years but is now facing escalating costs and turning to cheaper imports.

“A failure to have policies in place to ensure plantings kept pace with our population growth has meant we are now experiencing a shortage of softwood and subsequent higher building costs for families,” Mr McCormack said.

“The world is turning to fibre from sustainable forestry like never before as the only truly renewable, climate-friendly choice to house and sustain resource-hungry populations.

“The great news for Australia is that we are already recognised as a forest fibre powerhouse operating to world best environmental standards.

“In addition to demand for all our traditional products, biomaterials have joined the long list of growth opportunities - the world expects more of us.”

Mr McCormack said the last national forest industries plan was delivered in 1992 and the new one would provide the “best chance in a generation to reboot the settings to enable our domestic industry to step forward and add thousands of jobs to our regional communities”.

The document lists five core policy demands to be included in the forthcoming NFIP.

Its section on delivering more trees outlines specific details of how to boost the nation’s tree plantation inventory by 400,000 hectares, with 100,000/ha to come from farm forestry.

AFPA says the industry wants 300,000/ha of new softwood plantations and 100,000/ha new farm forestry plantings, with its policy setting changes spearheaded by a request for the Coalition government to earmark $100 million from the Emissions Reduction Fund (ERF) over the next four years, for plantation forestry projects.

To achieve the 100,000/ha in new farm forestry plantings, the forestry sector wants the government to consider reviewing the existing ERF farm forestry method to encourage aggregation, reduce audit and transaction costs, and remove the rainfall restriction, which limits farm forestry to 100/ha where rainfall is of 400mm or more.

They also want initial funding of $700,000 provided for a collaborative industry-run Forest Industries and Agriculture cross-sector strategy to deliver an integrated farm forestry program and $1m in seed funding for the establishment of farm forestry co-operative development.

AFPA says its strategic plans include working with the National Farmers’ Federation and the livestock sector on mutually beneficial policies to help farmers diversify their operations and ensure trees are planted, strategically.

“By working with the farming sector we can develop mutually beneficial policies that will help farmers diversify their operations and ensure we get the right trees in the right places to provide more resources for our domestic timber manufacturing sector,” he said. “International and Australian research has shown that around 10 per cent of the farming landscape can be planted with trees without loss of agricultural production, and in fact planting trees strategically on a property can increase overall farm productivity through the beneficial effects of shelter on pastures, crops and livestock.

“The strategic addition of trees to farms can produce a range of benefits, beyond diversifying income streams for farmers and increasing the national timber resource; it provides shelter and wind breaks for crops and livestock, reduces land degradation, increases biodiversity, and boosts carbon sequestration.”

Mr Hampton said income from farm forestry added economic diversity to farms and can provided a buffer against cyclical downturns in prices of other farm products like wool and meat, as harvesting can be deferred or brought forward to provide income when it is most needed.

He said farm forestry done properly, alongside a range of other measures would help alleviate the problem of Australia’s timber shortage which is highlighted in his group’s policy request document, to government.

Shadow Agriculture Minister Joel Fitzgibbon criticised the government’s deadline for the plan being “some time” in 2018.

He also revealed other details of the NFIP this week including that it would be; developed by e Department of Agriculture and Water Resources; funded from within existing departmental resources; released sometime in the second half of 2018; have input from the forestry industry and state and territory agencies; and its implementation, including timing and responsibilities, would be settled during development.

“It’s past time the Turnbull government took the forestry industry seriously and stopped the empty rhetoric and dragging out any real action from election to election,” he said.

The AFPA policy document said about 80,000 people work directly in forestry industries and another 40,000 in diverse jobs which use the timber from our plantation forests and native forests, while a further 180,000 people rely on forest industries for their indirect employment.

It also says investment in Australian forest industries research and development (R&D) had plummeted from $100 million to $30 million over the past decade and that trend needed to be reversed.

“The number of scientists working in forest industries has also reduced from 730 to fewer than 105,” it said.

“In an attempt to halt this trend in 2016 the federal government committed $4 million to create two nodes of the ‘National Institute for Forest Products Innovation’; one in Mt Gambier and the other in Launceston - this initiative must be built on to further leverage this investment.”

“About half a percent is harvested each year - which is then, by law, replanted or regenerated,” it said.

“Thanks to careful management over many decades most of the trees harvested are regrowth from previous forestry operations – 100pc of Australia’s native forest operations are certified as sustainable by international third-party certification.

“Although they were designed to provide certainty for industry and environmental outcomes there has been a regular increase in reserves in Australia since they were declared twenty years ago.”

As part of its package of policy requests, AFPA has asked for the Regional Forest Agreements to be delivered for an additional 20 years on a rolling five-year basis with state and federal agreement that there will be no loss in net timber supply.

They also want $2m over the next three years to assess the economic contribution of the industry as part of the Regional Forest Agreement review process, including direct and indirect jobs.