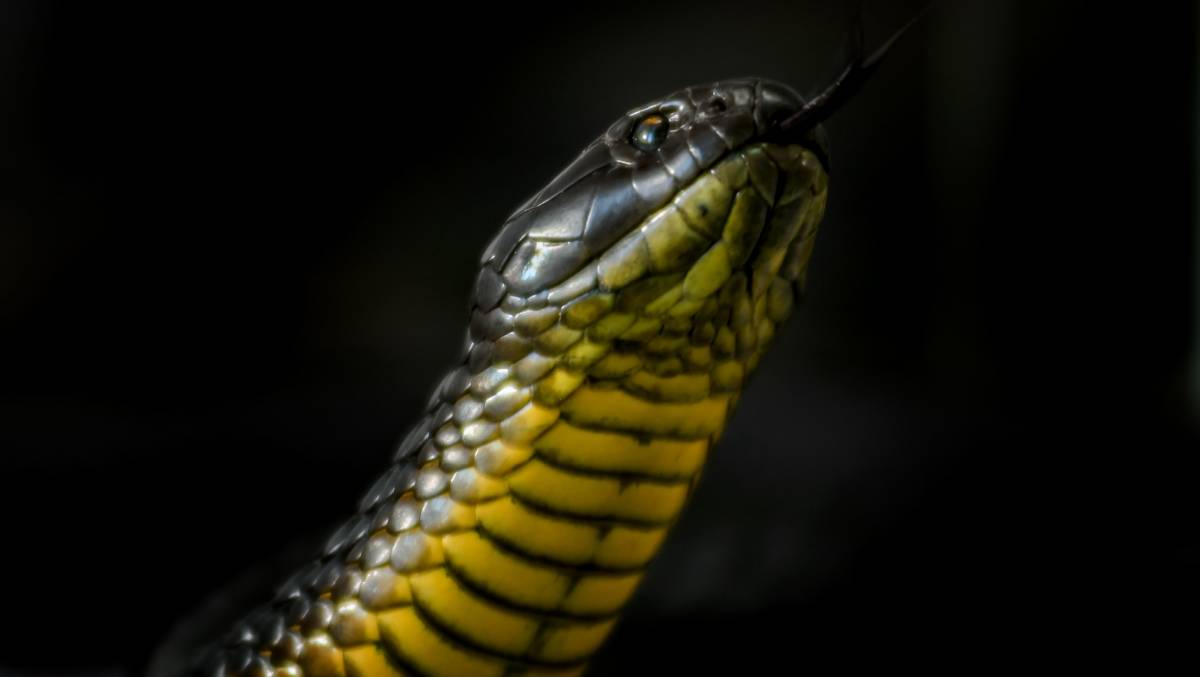 A video uploaded to Facebook showing a tiger snake slithering across a wire fence, has been viewed more than a million times.

Video footage of a tiger snake slithering across a wire fence in Tasmania has been viewed more than a million times.

The high-wire antics of an adventurous tiger snake has sent social media into a hiss.

Video footage showing a snake slithering across a wire fence at Bangor Vineyard Shed in Tasmania’s south, has been viewed almost a million times since it was uploaded on Tuesday.

The snake was spotted by the Dunalley vineyard’s owner Matt Dunbabin, who captured the unique behaviour on his iPhone.

He said the online reaction caught him completely by surprise.

“Who knew a snake could cause such a stir,” he said.

“I just thought, I have never seen something like this before.

“The reaction has been very surprising.”

Reptile Rescue’s Ian Norton said it was not uncommon for a tiger snake to climb, but this case was definitely “out of the ordinary”.

“I think for this snake, it is more of an inquisitive act,” he said.

“He really doesn’t seem to really have a plan.

“I have seen them on house gutters acting in a similar manner, but this is definitely outside of all the norms of what we would expect from snake behaviour.”

Mr Norton said it was most likely the snake was just being curious by choosing to slither along the wire, rather than on the ground.

“If the ground was too hot, the snake wouldn’t be on the move in the first place,” he said.

“I don’t think it was a thought out thing by the snake, but rather just inquisition.”

Mr Norton said tiger snakes are one of only three snakes found in Tasmania and it was a busy time of year for the breed.

“February and March are the peak breeding months for snakes,” he said.

“So snakes are definitely about and busy,” he said.