Salt production is the most sustainable farming 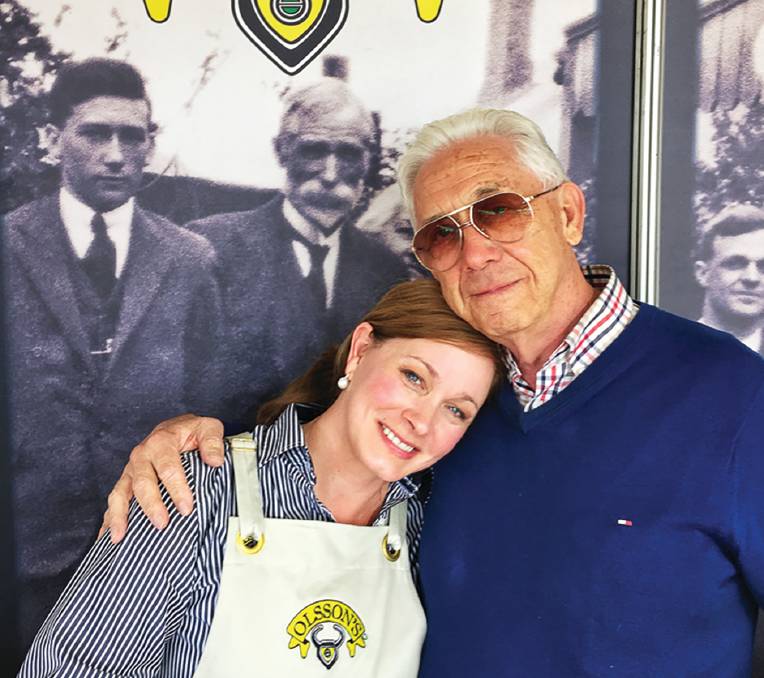 Alex and Charles Olsson in front of a photo of great grandfather Olaus Olsson and family.

SALT has been considered an essential ingredient, crucial preservative and valuable commodity for thousands of years boasting over 14,000 known uses.

This mineral rich resource continues to grow in value, driven by the masters of their craft; the Olsson’s, Australia's oldest family-owned and operated salt producers who've successfully stood the test of time and continue to innovatively expand their empire.

The Olsson's harvest 60 to 70 thousand tonnes of salt per year "on a good year" for their two separate divisions: Olsson Industries for livestock nutrition and Pacific Salt, the sea salt unit. 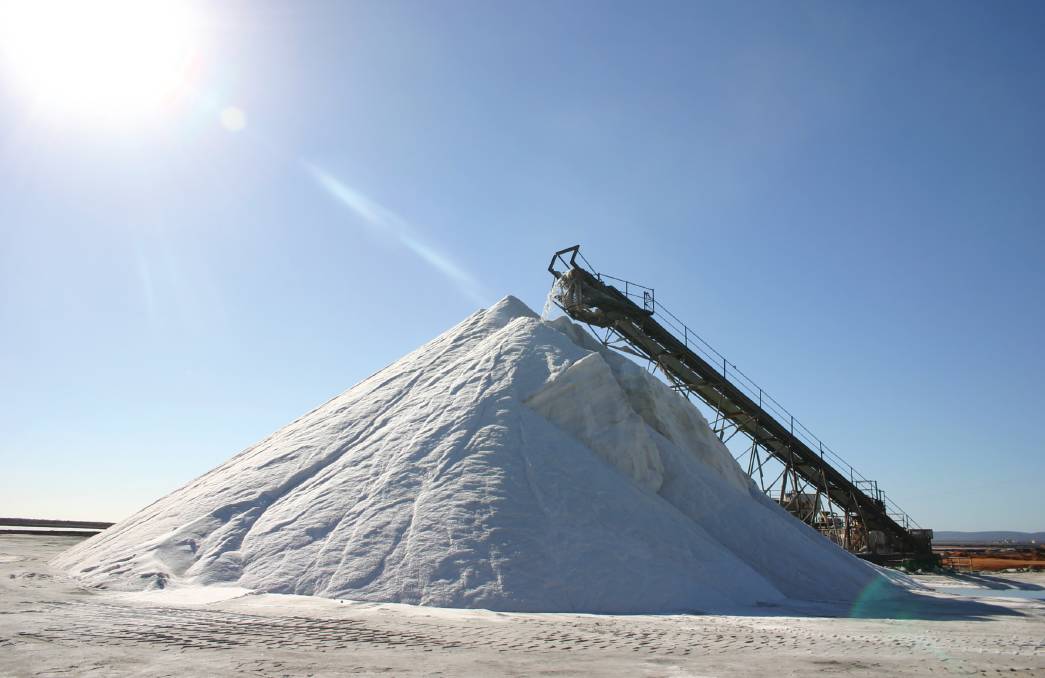 Olsson Industries first began producing salt blocks for livestock supplementation in 1948 in Parramatta (western Sydney) as a saviour for drought stricken graziers, during a five-year struggle between 1947 and 1952.

Most of their livestock blocks, accounting for 20,000 tonnes of their gross production each year, are manufactured and distributed from their Brisbane packing plant. 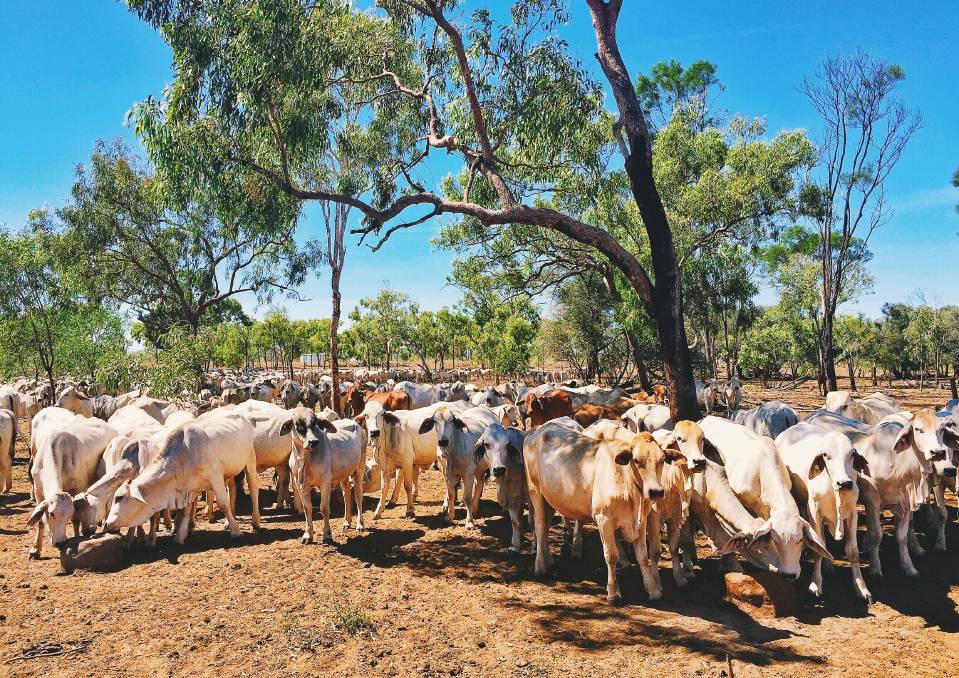 This operates as a centralised location to service their national customer base that continues to grow, particularly in northern Australia in the last few years, with a steady increase in production and sales. This growth has been facilitated from years of fine-tuning, ongoing expansions and more recent upgrades to their production process.

The third-generation director of Olsson's, Alexandra Olsson has been the driving force of their successful transition into the gourmet food market, under their Pacific Salt division along with her cousin Murray Olsson who has continued to lead the livestock nutrition unit in leaps and bounds. 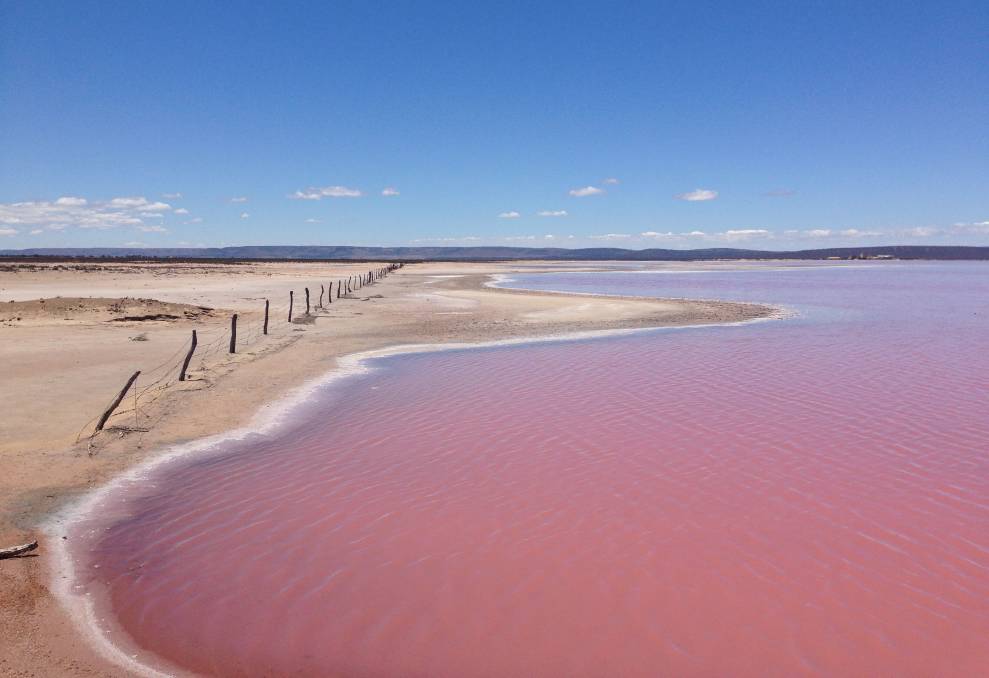 Alexandra joined the family business more than twenty years ago and her hotel and culinary background has been integral to their triumphs.

With an innate appreciation for quality ingredients and sustainable practice, Alexandra, her sister Genevieve, and their father Charles have created a unique and globally recognised product that references the pristine waters from which their salt is made; the Great Australian Bite and the Great Barrier Reef. 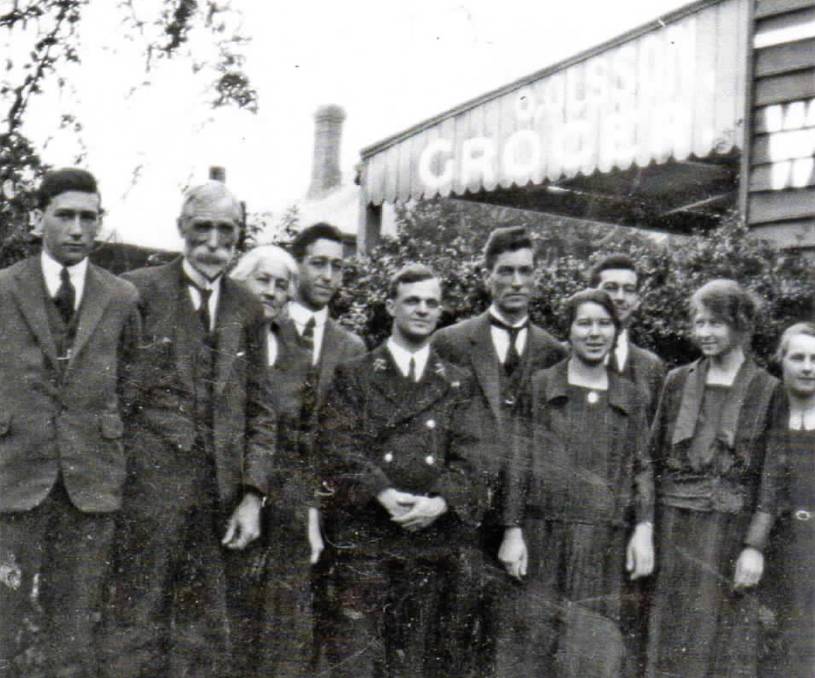 In the late 1960's second-generation brothers Charles (Alexandra's father) and Malcolm Olsson (her uncle) took over the lease of the BHP salt pans in Whyalla.

"My grandfather needed to secure his supply of salt for the blocks and the best way to do that was to buy the leases of the salt works," Alexandra said.

Since then Charles Olsson has devoted over a decade to fine-tuning the flat, snow-flake-like salt crystals that are profoundly different to the more common pyramid shaped salt. 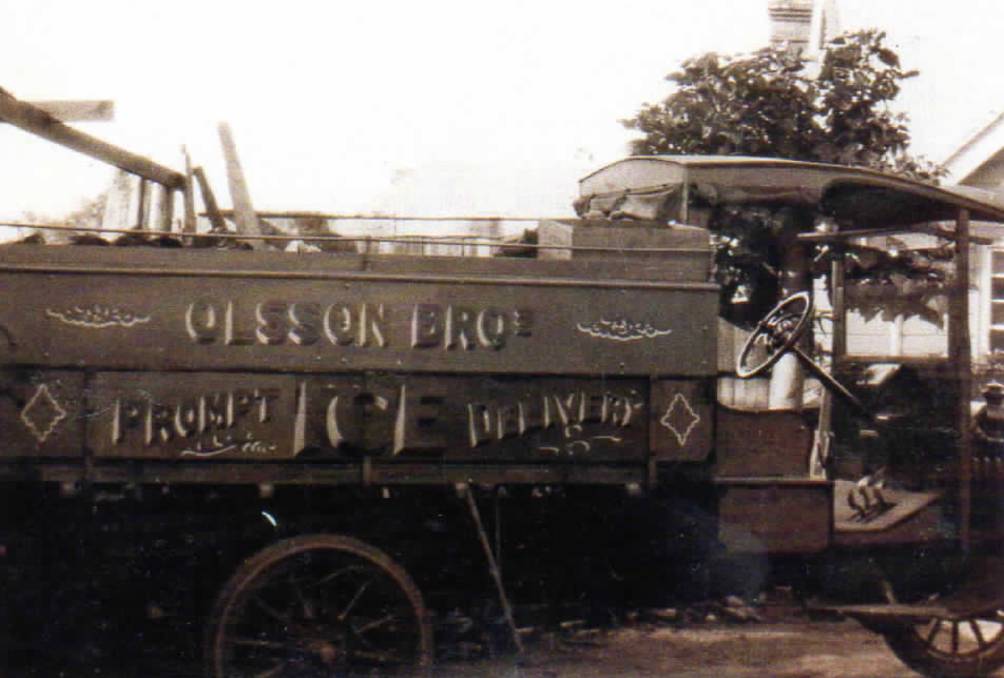 This flatness imparts an extended flavour (a tricky characteristic to achieve), which Charles learnt from his French mentor, Christian Boidart in southern France. Charles then spent years developing the machinery that has enabled the Olsson’s to remain competitive and service all sides of Australia’s multinational salt industry.

Alexandra said in an industry where everything is calculated we need to be able to prove our product is going to help grazier’s with their livestock nutrition and bottom-line.

"The production of salt is the most sustainable farming in the world. We take nothing away, it's just using the sun and the water,” Alexandra said. 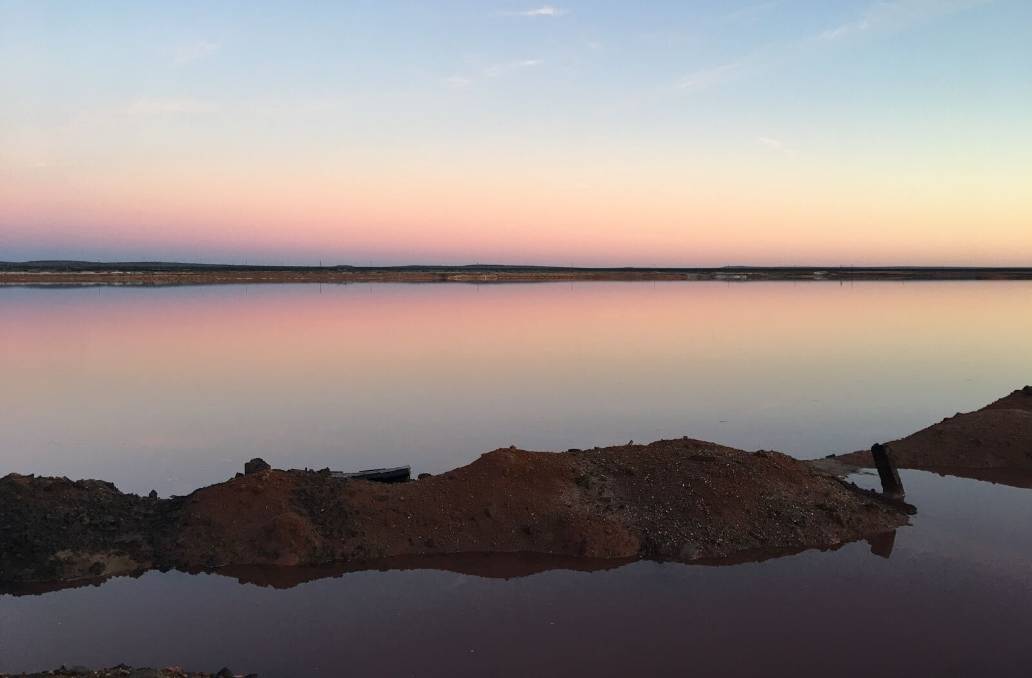 She explains that all of their salt production is food grade (with no chemicals or preservatives), whether it’s packaged for the shelves or into the salt blocks.

"Everything has to be natural and in an ideal balance that is found in the ocean. That’s why salt is great for ruminant’s nutrition,” Alexandra said.

THE MAN ABOUT THE BLOCKS

Alexandra refers to her cousin, Murray Olsson as the "the man about the blocks who knows everything there is to know about the north.”

Murray said they’ve been able to secure a greater percentage of the lick block business and expand their network up north since Australia’s 2013-2014 drought.

We supplement cattle using a “free choice system”. Different blocks with various ingredients are made available to the animal and they have an amazing way of balancing their own nutrition requirements for the environment that they live in.

This supplementation deals with the deficiencies that they may have. Making the farmer more productive and profitable.

This fourth machine will have the functionality to produce all three sizes that will help boost production capacity and offer greater flexibility in the busy times.

“Within the next week or two we will have this fourth press operating and this will add an extra 100 tonne per day capacity,” Murray said.

“This will give us backup protection in case of break downs.” 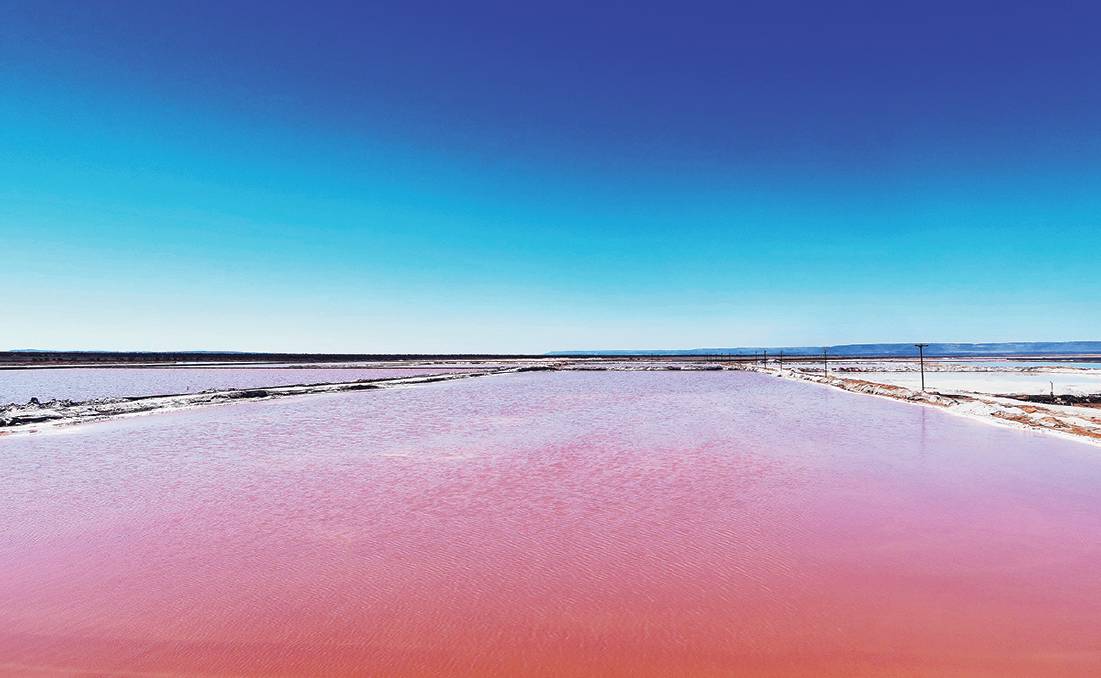 Alexandra said we see ourselves as farmers, not miners and like most farmers our production is at mercy of the weather.

There are just three ingredients that go into making the salt: sea water, sunshine and wind.

The Eyre Peninsula is the ideal location with an average of 300 sunny days per year and extreme winds that help to create great surface area.

The Olsson’s produce salt using a method called “solar evaporation” that takes anywhere between eight to 12 months, depending on the weather.

In Whyalla they use three primary ponds, spanning across 2800 acres of tidal flats. Within that space there are 10 successive brining ponds where the salt gradually becomes denser and is then moved by gravity into crystalliser ponds – where the magic happens.

The harvesting takes place not long after the salt begins to crystallise on the floor of the pond. It is then scooped out, washed with seawater, dried and packaged.

The gourmet flakes are finished off in a more controlled environment in comparison to the salt blocks in order to achieve their delicate form. When the flake is finishing in the brining ponds they’re pumped into stainless steel ponds inside a shed where they’re artificially heated from the top that makes the flake bloom.

Alexandra's Swedish ancestry denotes a rich tapestry, where provenance, seasonality and the celebration of food has always been a high priority.

"Everything that's served on the table in Sweden is celebrated and it's all seasonal," Alexandra said.

"The provenance is so important, and it also celebrates the farmer – and it's happening now in Australia."

Alexandra explains how this movement is changing consumer’s values and how they think about their food and the farmer who produces it.

"Twenty or thirty years ago no one knew where any of their products were from on a menu. Now you see Australian produce being celebrated in Australian restaurants."

"There are hundreds of chefs out there taking Australian products to the world and it's really exciting - it's a new age now," she said.