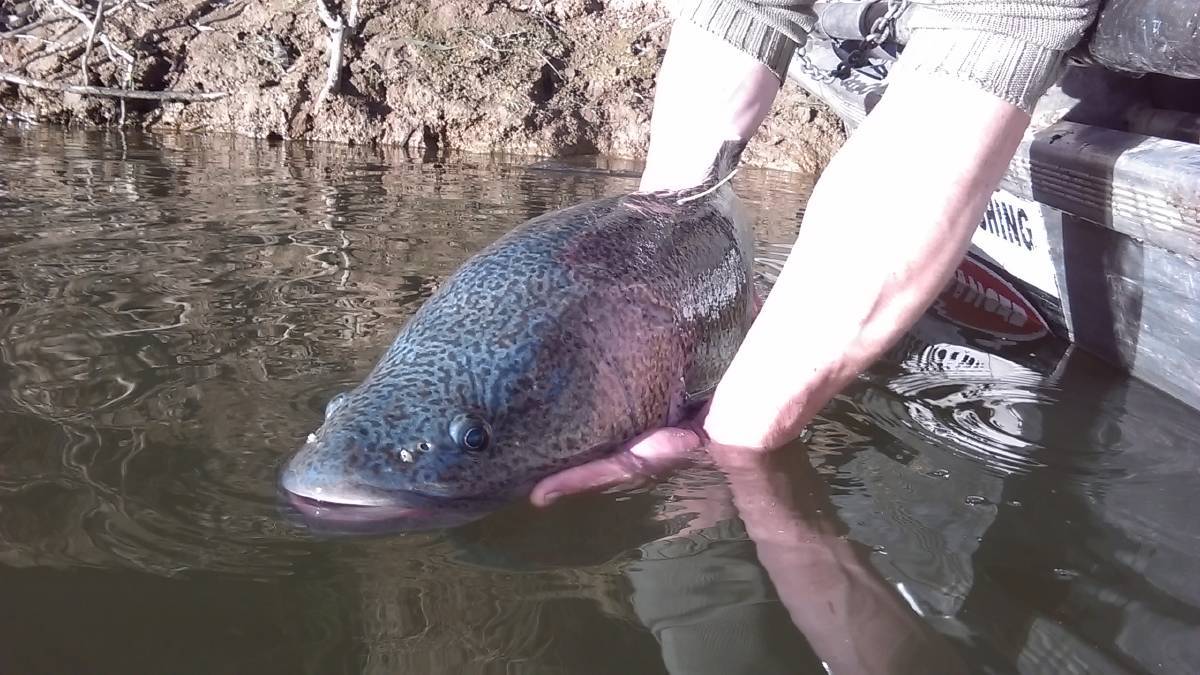 Murray Cod in the Goulburn River.

The Federal government is opening the floodgates to a new stream of Basin Plan argy-bargy, today announcing a new inquiry into environment water.

The House of Representatives Standing Committee on the Environment and Energy today announced an inquiry into the management and use of Commonwealth environmental water.

The inquiry will examine the role of Commonwealth Environmental Water Holder (CEWH) and how the impact of environmental watering is monitored and evaluated.

The CEWH has become the largest holder of water entitlements in the Murray Darling Basin.

Using complex water trade and carryover mechanisms the CEWH pushes flows down the regulated and unregulated river systems to benefit environmental assets such as wetlands, lakes and forests across the Basin.

Environmentalists and farm groups have raised concerns about the efficacy of the CEWH’s use of environment water.

The most controversial of which relate to NSW’s irrigation regulations and claims that environmental flows in the Barwon-Darling catchment are being harvested by irrigators.

State water regulators have also been accused of deferring environmental flows to consumptive use.

In detailing the Committee’s objectives, chairman Andrew Broad highlighted his interest in the fundamental functions of the CEWH, but stressed the inquiry's scope did not extend to the broader Basin Plan.

“In launching this inquiry, the Committee is keen to understand how the CEWH makes decisions about when and where to use environmental water, and to examine how the water holder to taps into local knowledge and uses the latest science in order to achieve genuine long-term environmental outcomes,” Mr Broad said.

“The Committee is not inquiring into the broader Murray Darling Basin Plan, and we are not looking to duplicate the work already underway in this area. Our focus is on Commonwealth environmental water.”

The inaugural CEWH David Papps announced his retirement from the Public Service in January after five years heading up the office.

The highly-regarded water manager has been replaced by Jody Swirepik, who was most recently a Clean Energy Regulator executive and previously served as the Murray Darling Basin Authority’s executive director of environmental management.