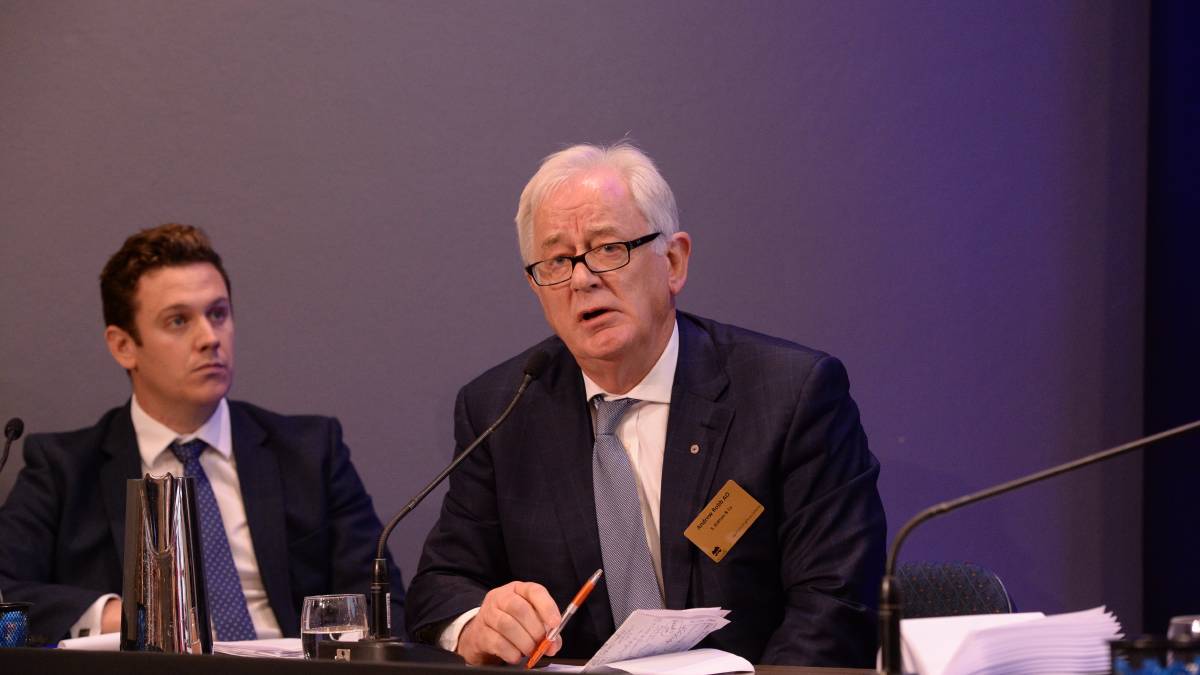 Andrew Robb speaking at ABARES on S Kidman and Co's plans to ship 300,000 live cattle to China in the near future.

S Kidman and Co's Andrew Robb on why China, and branding, matters

FAITH in the ability of brand Australia to deliver $360 price tags on steaks served up in Shanghai for many years to come appears pretty strong at Gina Rinehart’s S Kidman and Co.

Judging by board member Andrew Robb’s assessment of where beef should be looking, the emergence of lucrative Asian markets is fundamentally changing the way the beef trade operates.

No longer was the focus on the supply side. Now we were assuming an influence on demand and the value of our product, he said.

Mr Robb, also a former Australian trade minister, pitched both branding and China as a “huge part” of Australian beef’s future in a presentation at this year’s ABARES conference in Canberra.

Underpinning the mega premiums Australian beef could command in China was trust in the integrity of the product, slick traceability mechanisms and huge numbers of people moving into higher income brackets, he explained.

ABARES economists believe demand for beef in China will continue to outstrip supply.

This financial year, Australia will ship 122,000 tonnes, a 17 per cent increase, and that is projected to grow strongly at 5pc each year to 2023.

“We are a high cost country so we need to aim for top 1pc,” Mr Robb said.

“If we doubled our ag production, including meat, we could not go anywhere near satisfying the top 1pc of the Chinese market.

“We are mad to push average quality into a market like that when we can command that top 1pc.”

For the first 170 years, Australia’s agricultural relationships and investment had been with Europe and the US but for the past three decades eight of our top ten trading partners were “in our back yard” - China, of course, the biggest, Mr Robb said.

“Our surplus is about $70 billion over what we import from China, so Trump - eat your heart out,” he said.

China has 20pc of world’s population, 7pc of world’s water and 63pc of that water is deeply polluted. Some of that pollution will take centuries to correct.

That situation in itself presents opportunities for Australia’s top-class water managers but above all, it is the underlying reason Australia is in such demand as a food supplier, according to Mr Robb.

As China brought 500m people out of poverty, the first thing they wanted was protein, the second health.

“But protein is no finished game either, with 300m still to come out of poverty.”

The Kidman enterprise, which Rinehart’s Hancock Prospecting owns 66pc of in partnership with Chinese-based Shanghai Cred, has just brokered a deal for 300,000 head of live cattle to China, which Mr Robb referred to as just “the start”.

To meet China’s strict health protocols, cattle will be shipped to nearby island for slaughter, with only fresh meat arriving on the mainland.

Mr Robb said the Kidman move was not going to replace the trade already developed, rather it is forging new frontiers - at the moment, the Chinese can’t buy fresh meat from Australia.