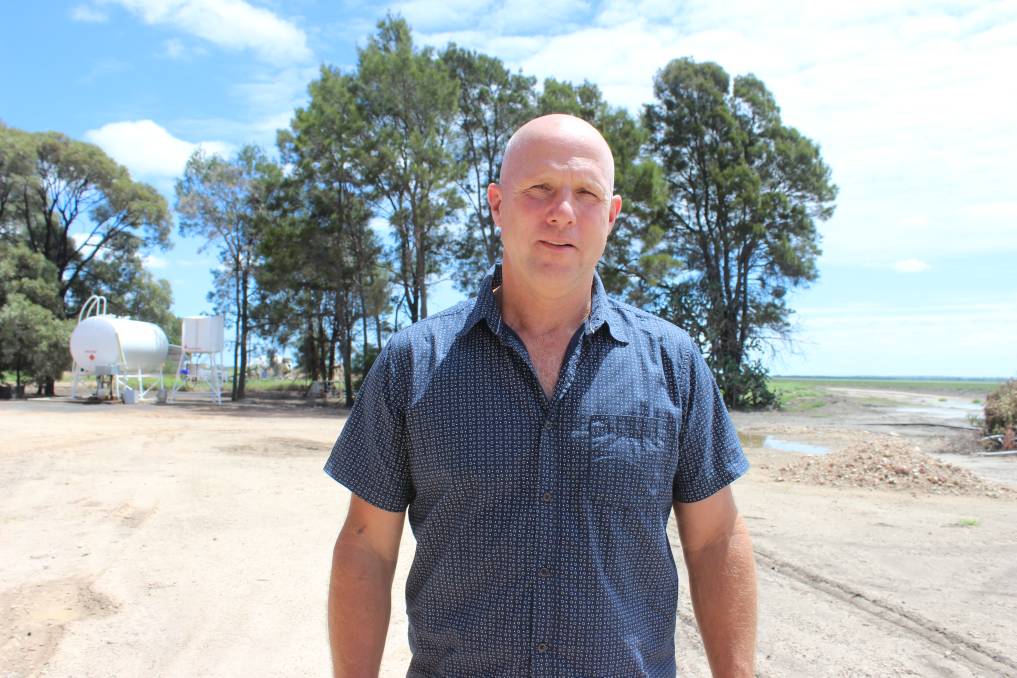 Resilience, persistence and determination are the words to describe Warren Davies.

Warren, who speaks under the banner ‘the unbreakable farmer’, recently addressed a group of farmers on the Darling Downs to highlight the importance of mental health issues by telling his own compelling story of a failed suicide attempt.

Born and bred in the eastern suburbs of Melbourne, it was in 1982, when Warren and his family made the massive decision to move to the country and pursue his father's dream of becoming a farmer.

This gave Warren an opportunity to reinvent himself – a direction, a career path and he was going to be a dairy farmer!

Mentored by one of the best farmers in the district, he honed his skills and, by the age of 22, Warren had purchased his first farm.

Warren said the harsh reality of being a farmer soon became evident: high interest rates, low commodity prices, flood and drought; all having an impact. Most significantly it took its toll on his mental health.

And this built up over time with Warren one night making a snap decision to commit suicide in the dairy after finishing milking.

In Warren’s instance, the rope snapped and the bucket he was standing on slipped, and his life flashed before his eyes as he lay winded on the floor and unharmed.

He gained his composure and walked home determined to seek help.

It was three years before he finally confessed to his wife what he actually tried to do that night; he sought much needed medical help and treatment the following day.

These events all tested his resilience, persistence and determination and had a massive impact on his young family, relationships and finances all culminating with the decision to basically having to walk off the farm.

“It really was my low self esteem that lead to anxiety and depression,” Warren said.

“And to this day I still deal with anxiety, but I just know how to manage it.”

Warren said all farmers need to know the signs of any form of mental illness, and if concerned for others, should know how to approach someone to ask the opened ended question of ‘are you alright’ and refer professional help.

“Communication is the key – and it can save a life,” he said.

Although with his skills work Warren found a position managing large scale dairy operations from Victoria to South Australia, it wasn’t the same.

He couldn’t settle, he assumed that he had lost his identity because not only was the farm his career, it was his home, his life! In his eyes he had failed and carried the guilt of failing as a husband and father.

“At the end of the day I had to realise businesses come and go, and it is family who stay.”

These days Warren spends his time as a professional speaker and his website can be accessed at: www.theunbreakablefarmer.com.au

If you or someone you know needs help, contact Lifeline Australia on 13 11 14.