Agricultural research company, Kalyx Australia, is to invest more than $1 million in its graduate technical training and employment program in the next five years.

Last year Kalyx recruited 25 graduates in regional centres across the country – almost half were women.

Announcing a formal commitment to creating employment opportunities and career paths for young professionals in the bush during a week-long national training conference in Melbourne, national training manager, Denis Harvey, said developing the company’s skill base was the number one way to meet the industry’s increasing requirements.

It provides a full range of contract research services to the agricultural and horticultural industries principally aimed at the development of new agricultural chemical and fertiliser inputs.

“The field of agricultural research is constantly evolving, and while we pride ourselves on always doing a great job, there is always room for improvement,” Mr Harvey said.

“This week has seen our entire team join together for the Kalyx technical training program in Melbourne, covered topics such as botany, insect and disease identification, herbicide technology and application, and trial methodology.

This has been combined with key communication training and presentation skills to allow our young researchers to communicate effectively with industry.”

Director, Sue McGregor said the company was not only interested in providing jobs for young people, but a long term career.

“In 2012 we recruited our first six graduate trainees,” she said. 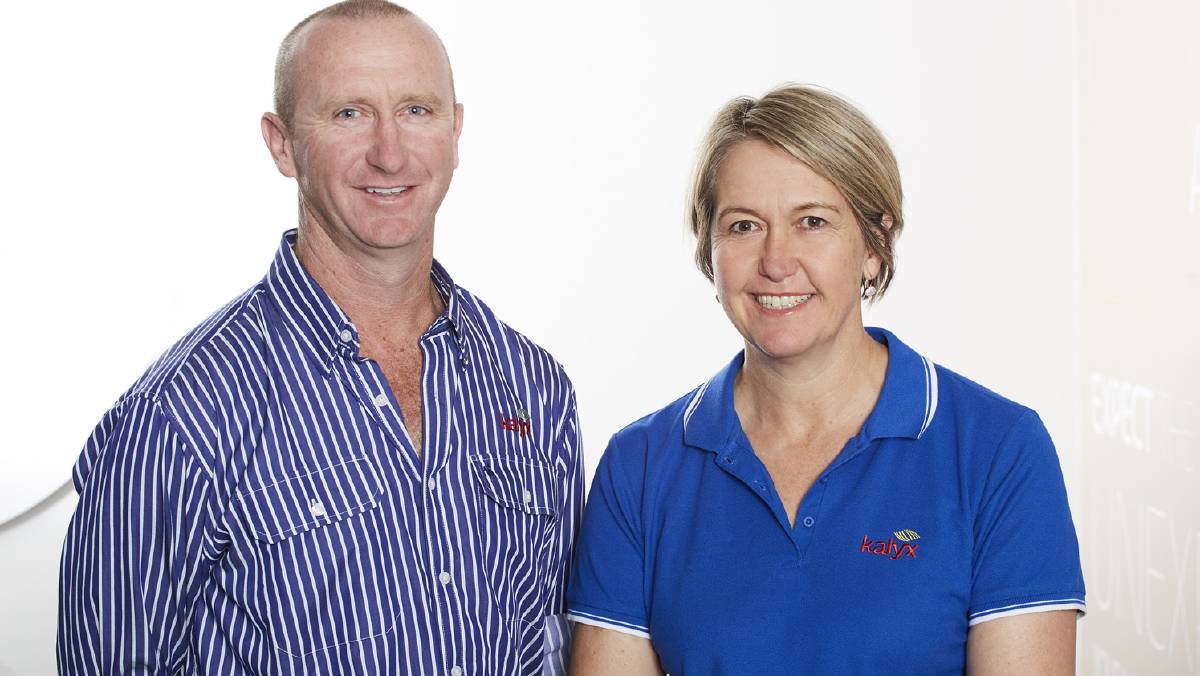 “We are proud to say those six graduates are still an integral part of our business today in roles ranging from research agronomist, senior agronomists who manage trial programs in new locations.”

James Perkins and Bridget Doyle joined in 2012 as part of that first graduate intake.

Both are now in operational management roles having recently been promoted and relocated to Corowa and Horsham, respectively.

“Kalyx has provided me with a career path in agriculture that five years ago I could have only dreamed about,” Ms Doyle said.

“I have had the opportunity to work with some of the best researchers and managers in the business, and having cut my teeth with Kalyx in WA, I am delighted to now return to my home state of Victoria as senior research agronomist, mentoring young field researchers and managing field operations for Horsham.”

Development manager at AgNova Technologies, Anthony DeMonte, applauded Kalyx on its training initiative saying such companies had a critical role in shaping the future of regional and rural Australia.

“It is a well-known fact that the agriculture sector is battling with an aging and shrinking workforce,” he said.

“Companies investing in regional Australia through their employees are future-proofing their organisation, and provide significant social and financial benefits to the areas in which they operate.”

Kalyx is seeking applications for its 2019 Graduate Training Program.