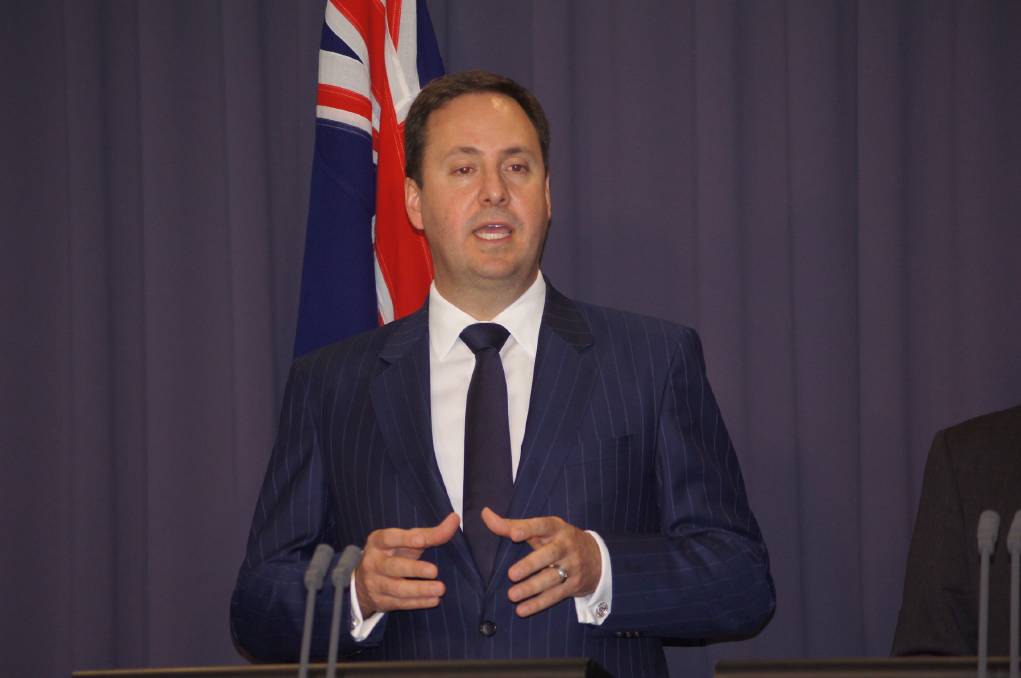 Steve Ciobo has called for an end to trade distorting farm subsidies, to boost global economic growth and aid the world’s poorest.

Speaking on a trade delegation this week to the UK - which included high level talks with UK Trade Secretary Liam Fox as the two countries try to strike a new trade agreement post-Brexit - Mr Ciobo took aim at the Common Agricultural Policy (CAP) which is considered a stumbling block to competitive markets, by Australian farm leaders, just like the multi-trillion dollar US Farm Bill.

In his address at Bloomberg’s London headquarters, Mr Ciobo highlighted trade opportunities post-Brexit, like the UK government’s interest in joining the Trans Pacific Partnership (TPP) in time and improvements in digital trade.

“However, to fully benefit from the immense opportunities in this area, we also need to play a leading part in global rule-setting,” he said.

“There is also work to be done on investment, and on behind the border issues, if we are to continue to drive change.

“And we need to find a way to break the long-standing logjam on liberalising global agricultural trade, and reducing trade-distorting farm support.

“This would boost economic growth globally and, very importantly, would benefit the poorest the most.”

An interim report released late last year from an inquiry into Australia’s trade and investment relationship with the UK, by the Joint Standing Committee on Foreign Affairs, Defence and Trade, highlighted the National Farmers’ Federation’s (NFF) fears about the CAP, while quoting the views of other economic experts on the matter.

“It is suggested that as part of Brexit, UK farmers will no longer receive the generous agricultural subsidies that are associated with EU membership,” it said.

But the report said there was also a suggestion that the UK government would need to replace these payments with a similar subsidy.

“This is an area of significant interest to the NFF, as this ongoing form of subsidy severely impacts on the competitiveness of Australian products in the market,” it said.

The report said British High Commissioner Menna Rawlings had reiterated the British government’s commitment to uphold cash inputs into the farming sector, as currently provided under the CAP, until 2022.

It said the current EU CAP provided UK farmers with up to 50pc of their annual income, with the average farmer in England receiving direct subsidies of £235 per hectare (A$412) each year.

“Additional payments are available under agri-environmental and other schemes, with the NFF outlining total EU payments to UK farmers exceeding £2.8 billion or A$4.9 billion in 2015,” the report said.

A submission to the inquiry from Economists for Free Trade said it was “absolutely essential” that the UK government withdrew “totally and unconditionally” from the CAP and all its associated tariffs on agricultural products.

“The key damage to the UK economy from the CAP comes from the massive raising of farmers’ prices by some 20pc, according to our and OECD estimates,” the report said.

“The knock-on effect on the economy comes through increasing land and consumer prices, both of which have large indirect effects on both the structure of the economy and on consumer welfare.

“The Economists for Free Trade have calculated through its World Trade Model that any policy retaining the CAP’s tariffs causes substantial damage to the economy (between a 1pc and 4pc reduction in consumer welfare compared with the current situation), even if unaccompanied by UK tariffs on manufactured imports.

“This is because the rise in land prices induced by CAP tariffs greatly distorts the shape of the economy and because it raises consumer prices by around 7pc - about the same as the whole of current EU protection on both it and manufacturing.”

Emeritus Professor of Agricultural Economics at the University of Reading, Alan Swinbank submitted to the inquiry that the OECD’s Producer Support Estimate calculations for the period 2013 to 2015 had indicated that 19pc of EU farmers’ gross farm receipts were dependent upon transfers from consumers and taxpayers and suggested that 24pc of this took the form of market price support.

“In the main, it is the EU’s high import tariffs on agricultural products that generate this market price support,” the report said.

“It was estimated in 2001 that the CAP accounted for 38pc of all world agricultural price distortions and 90pc of global agricultural export subsidy payments,” the report said.

“Despite its small share of overall value, the UK is a high value market, in particular for meat,” the report said in quoting the Department.

“It is the largest export market within the EU for Australian beef (40pc of total value to the EU), sheepmeat (72pc) and wine (64pc).

“These three commodities (beef, wine and sheepmeat) together make up 83pc of Australia's total agricultural exports (by value) to the UK in 2015.

“In 2014, the EU was Australia's second-largest trading partner, although it fell to third place after China and Japan in 2015.”

Mr Ciobo’s talks this week include meeting with the UK Secretary of State for Environment, Food and Rural Affairs, Michael Gove.

In pointing to the UK’s future participation, Mr Ciobo’s speech said the TPP was the world’s most significant trade and investment agreement in more than two decades.

“As Prime Minister Turnbull said earlier this month, the decision by Australia and Japan to pursue a TPP-11 after the withdrawal of the US - and that of the other members to pursue it with us - was a clear signal of the continued strength of commitment globally to reform,” he said.

“It’s important to build on that momentum and we are focused on bringing the Agreement into force as soon as practicable.

“Australia has always said the TPP-11 is an open platform.

“An early and high-quality UK-Australia FTA would be an important signal to others of the UK’s capacity to join the wider regional grouping.

“But whether or not it joins the TPP, Australia looks forward to a Britain that lends its weight and powers of persuasion even more effectively to the cause of an open and integrated global trading system.

“Britain can and should play a bigger part in building the rules in Geneva at the World Trade Organization as an independent trading power.”