Short-term thinking may be blinding us to Australia’s real drought risk.

Eastern Australia’s rainfall patterns are dominated by climate cycles across the Pacific Ocean that last a rough average of 30 years.

Our understanding of this cycle is evolving. But we know enough to prove Australia’s 100 years of instrumental weather records does not paint the full picture, said University of Newcastle Associate Professor Anthony Kiem.

“The Millenium drought shouldn’t be a surprise in Australia,” he said.

“I’m not interested in scaring people or sensationalising the issue. But you have a false sense of security if you only look at the instrumental records and say the Millenium drought is the worst on record - let’s plan for that.”

Mr Kiem is working on groundbreaking research that delves 1000 years back into the palaeo record of our climate history to  reveal long-term patterns of variability.

“In one century in the eleven-hundreds about 70 per cent of the years are dry, including a straight run of 39 drought years in a row,” said Mr Kiem, a researcher of climate impacts to Australia’s long term climate cycles.

“In the fifteen-hundreds there was a really wet period with no drought for the best part of 100 years.

“So we see the Millennium drought is not unprecedented, it’s well within range. We’ve had droughts like that before, in fact we’ve had a lot worse and will again. And now there’s climate change on top of that.”

Along with the usual suspect El Nino Southern Oscillation, drought cycles are heavily influenced by the Interdecadal Pacific Oscillation.

The IPO is an ocean-atmospheric process similar to ENSO, but associated with warming and cooling across the whole Pacific Ocean, not just the tropics like ENSO.

And where ENSO runs on a three to five year cycle, the IPO runs on a 30 to 40 year cycle (see below for a run-down on how these climate cycles work).

In the past 100 years of recorded weather in Australia has experienced only three cycles of the IPO and has struggled through three big dries in that time: the Federation, World War II and Millennium droughts. 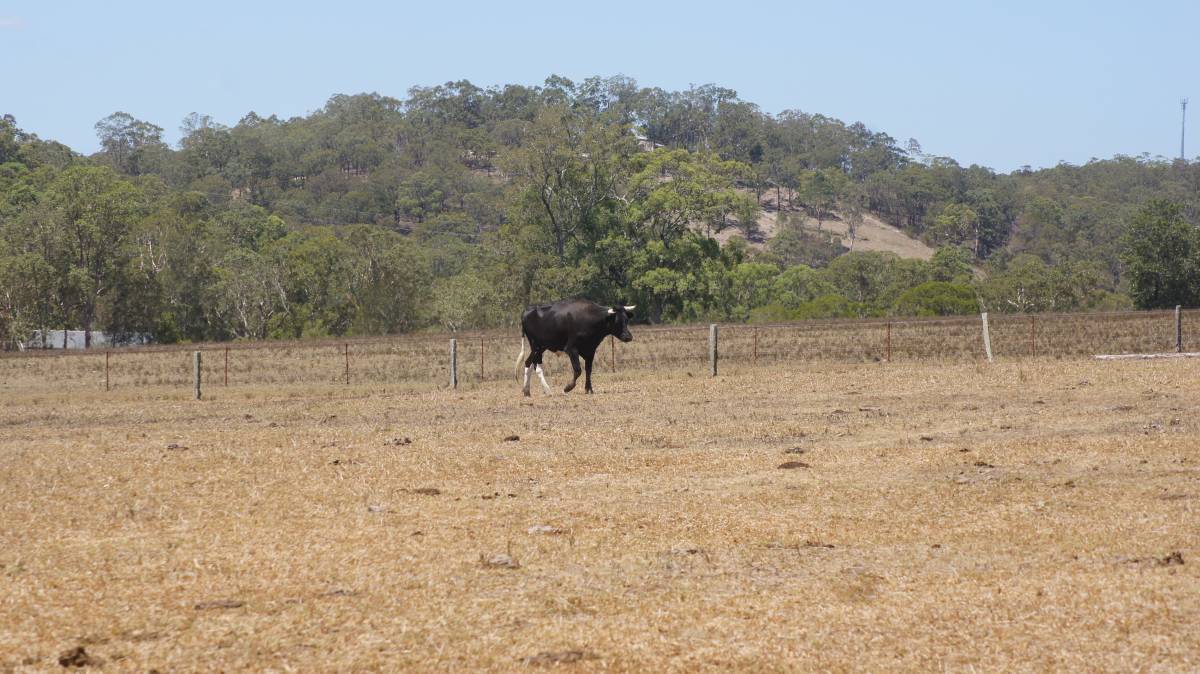 Cattle were being fed with forage to survive in the Hunter Valley's drought this year. Photo Belinda-Jane Davis.

They are studying ice core samples taken from the Law Dome in Antarctica to understand how ENSO and IPO behaved before instrumental records began about 100 years ago.

By drilling deep into the ice they can travel back thousands of years to piece together a fuller picture of the long term weather cycles driving eastern Australia’s climate (we will come to how this works later).

So how do you go from an Antarctic ice core to a drought record of eastern Australia? It hinges on sea salt and snow.

The ice contains compacted snow, laid down in layers by clouds formed over the Pacific Ocean.

Oceanic storms whip up the sea which drive plumes of salt into the air, and into the snow.

The compacted snow in forms layers in the ice core, leaving a signature of the prevailing weather conditions which brought it there.

Those weather conditions are the product of the same systems, namely ENSO and IPO, that bring Australia its famous droughts and flooding rains.

Basically, that means the salt signature, or lack of it, in Antarctic ice cores can tell us a lot about rain, droughts and flooding in eastern Australia.

The ice core evidence is bolstered by its correlation to tree rings, where Australian scientists are making big strides in related climate research.

Tree rings can show localised drought and flood histories, but their records only go back a few hundred years.

But the ice cores are needed to investigate far back in the climate records.

Mr Kiem said we are undergunned in drought management.

Our policy and preparations are based on a knowledge gained through only about 100 years of recorded history.

“We are lulled into a false sense of security that drought can’t exceed the extremes we’ve seen in the past 100 years, but it has and will likely do so again.”

“When there is a big drought people talk about management and it becomes a political issue for a few years.

“But when it’s over that goes out the window, the extension programs are removed and drought management programs aren’t a priority and we go back to square one.”

The Interdecadal Pacific Oscillation is an ocean-atmospheric process spanning the Pacific Ocean and running on average cycles of 30 to 40 years.

In the warm, or positive IPO phase which is associated with increased chance of drought in eastern Australia, the western Pacific and mid-latitudes become cooler.

In a negative phase, which is associated with increased chance of floods, the western Pacific and mid-latitudes becomes warmer

The El Nino Southern Oscillation effect is centred on the tropical Pacific Ocean and cycles between warm and cool phases every three to five years.

Warmer than average sea surface temperatures in the western Pacific Ocean near Australia indicate the La Nina side of the cycle, which is associated with wet years in eastern Australia.

El Nino is associated with drought, and occurs when sea surface temperatures in the western Pacific Ocean are cooler than average.