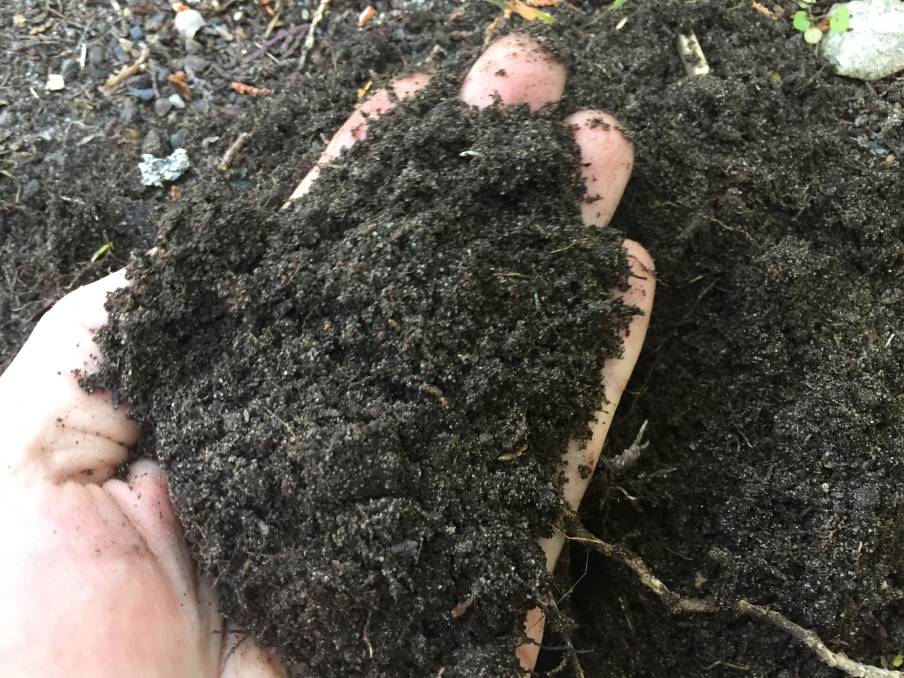 AUSTRALIA’S water, soil and vegetation should be declared key national, natural strategic assets and given greater political powers and appropriate recognition for the contribution made by farmers.

Mismanaging any one of the key strategic national, natural assets “invariably means the other two also fail” but currently the public’s view of the work done by farmers is “largely invisible”.

That’s the view of a new high level forward-thinking report by National Soil Advocate Major General Michael Jeffery that was released this week, making 10 strategic recommendations on how to preserve farming practices sustainably but also profitably.

The report, ‘Restore the Soil: Prosper the Nation’ is the third by Major General Jeffery in his five year tenure as the National Soil Advocate, since being appointed by former Prime Minister Julia Gillard.

He presented his latest study to the current Prime Minister Malcolm Turnbull and Agriculture and Water Resources Minister David Littleproud who will now take it to his state ministerial colleagues for their consideration, of its strategic suggestions.

Its top recommendation calls for agreement on a national soils policy with the objective of maintaining and restoring the health of the Australian agricultural landscape through a coordinated and integrated approach. 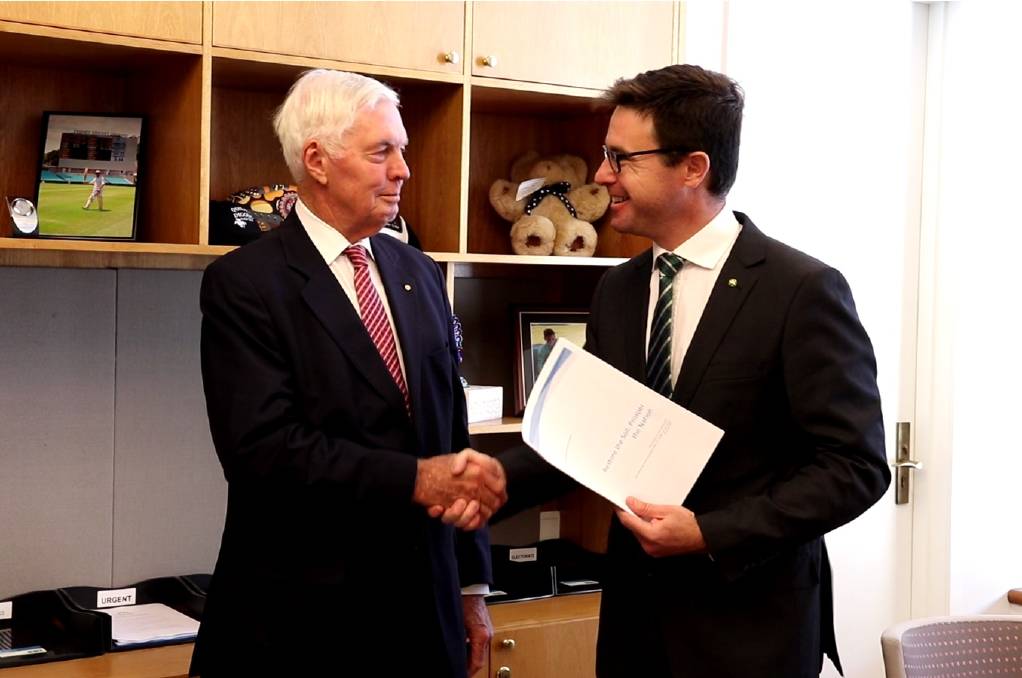 That approach would involve a collective effort - rather than operating in political silos - from all of the responsible ministerial portfolios across governments in agriculture, environment, health, education, defence, Australian aid, indigenous affairs, regional development and industry.

“The policy will recognise Australia’s soil, water and vegetation as key national natural strategic assets, better support our 130,000 farmers as stewards of about 60 per cent of the Australian continent, and seek to reconnect urban Australians with their rural roots through establishing school gardens in every primary and junior high school through the National Curriculum,” the report said.

“The policy will support long term research directed at priorities identified through a stocktake of our scientific knowledge of soils and RD&E capacity, and where possible encourage regulatory consistency for farmers.”

But the report also called for greater acknowledgement for the actual role played by Australia’s farmers at the cutting edge as “stewards of Australia’s agricultural land” in managing about 60pc of the nation that’s used for farm production, with almost 130,000 agricultural business producing most of the food and fibre used by Australians.

“Farmers have primary responsibility for managing the soil, water and vegetation on their land and hence in effect, they are managing the majority of the country on behalf of 24 million largely urban Australians,” it said.

“The cumulative impact of their daily decisions not only affect the condition of the soil, vegetation and water assets on their farm, but also the air and water quality and the biodiversity enjoyed by the broader community.”

The report said a recent survey reported that nearly 90pc of farmers had undertaken activities to improve natural resources on their farms, including tree planting, regeneration of native vegetation, feral animal or weed control without assistance. 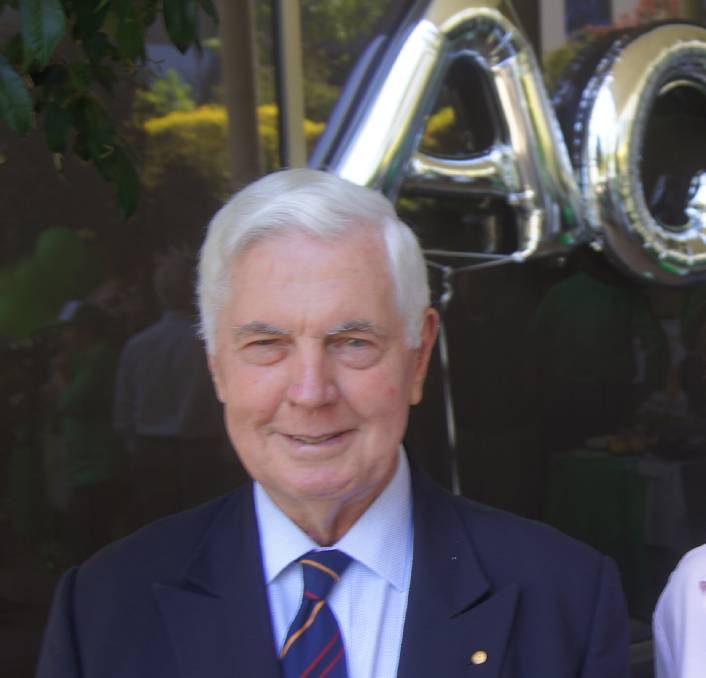 It said 39pc had reported currently doing this and a further 50pc had done this at some point in the past.

But many of these on-farm investments, which contribute to improving air and water quality and protecting biodiversity, are “largely invisible to the broader community, as are the costs to the farmers involved” it said.

“Within urban communities there is little appreciation of the links between the land management practices chosen by farmers, how these affect the condition of their soil and vegetation and the off-farm impacts on air and water quality,” the report said.

“Increasing the broad community understanding and appreciation of these linkages and the importance of decisions made by farmers would go some way to providing the social context, and some of the support needed to encourage more farmers to consider how their businesses could benefit from more integrated management of their soil, water and vegetation assets.”

“In my role as National Soil Advocate, many of the thousands I have consulted reminded me that Australian agriculture also faces the global imperative to do more with less - less productive land, less water, lower inputs,” he said.

“They also emphasised the need to address declining levels of soil carbon, increasing soil acidification and loss of soil and nutrients resulting from erosion.

“Immediate and ongoing action is needed to ensure that Australian agriculture can continue to be productive, clean and profitable, to demonstrate the use of sustainable management practices our trading partners are now looking for, and to build the resilience we need to live with climate change and associated extremes in weather.”

“I believe that soil and water security will increasingly underpin global social stability and security,” he said.

“Soil is a critical national strategic asset and it is surprising to me that the scientific advances of the last 20 years in understanding the role that soil plays in each of these challenges have only recently been recognised.

“Australia leads the world in our approach to water management.

“I believe that along with our water, our soil and vegetation assets are so important, all three should be declared as key national, natural strategic assets, to be managed accordingly and in an integrated way - mismanaging any one invariably means the other two also fail.

“Australia could play a leading role in showing the rest of the world how inherently infertile soils in a difficult climate can be managed to meet the world’s Sustainable Development Goals for land and soils.”

The report also called for the National Soil Advocate to become a permanent role to act as an independent advocate for the importance of soil, its key role in food and water security, and the importance of the agricultural sector.

It also called for the establishment of a long term, permanent soil, water, vegetation and agricultural knowledge program that encourages collaboration between scientists and successful farmers to build knowledge and share information and promote wider recognition.

Mr Littleproud welcomed the report and said farmers depended “hugely” on the health of their soil which was as important as air and water to farm productivity.

“Without healthy soil the Australian economy and food supply would be at huge risk because our farm sector would falter - healthy soils are key to achieving the ambitious target of growing agriculture to a $100 billion industry by 2030,” he said.

Mr Littleproud also provided a list of government investments in soil health for farmers to pass on pass on healthy, sustainable farms to the next generation.

“In 2017 we established a Cooperative Research Centre for High Performance Soil with an initial investment of $39.5 million over 10 years to help bridge the gap between soil science and farm management,” he said.

“The $450m in Regional Land Partnerships will continue the legacy of Landcare by concentrating on projects that improve the health of soils on farms.

“Our $134m Smart Farms program will also promote the adoption of next generation ideas that will improve soil, vegetation and biodiversity conditions and support agricultural systems to adapt to change.