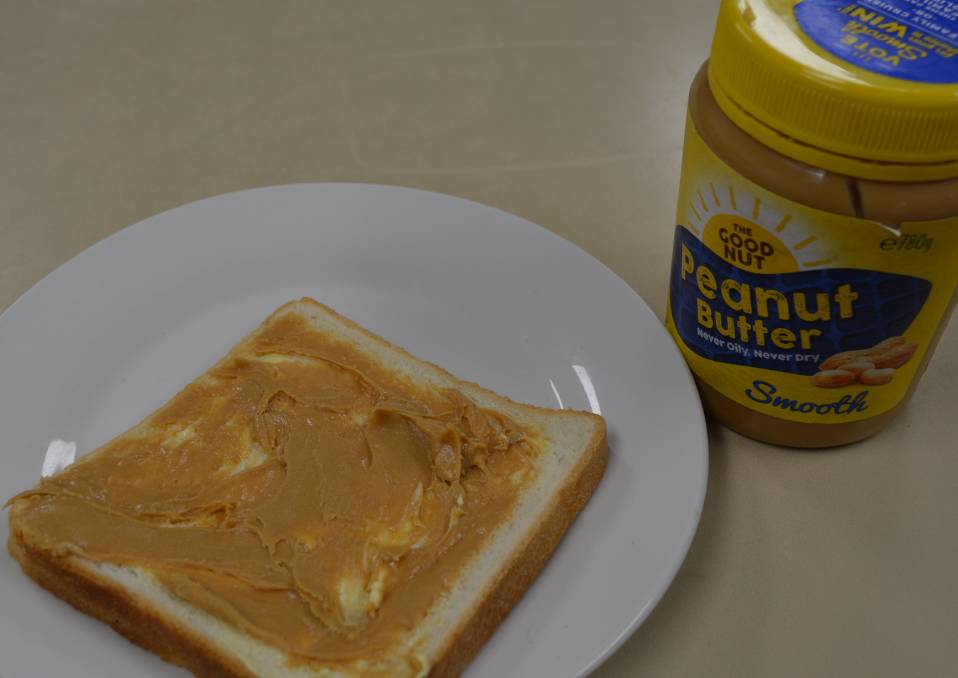 After paying $460m for the Kraft-branded spreads business last year, Bega Cheese is fending off stiff competition in the peanut butter market

It’s not exactly all out war, but the Australia’s new Vegemite kid, Bega Cheese, looks to be under a sustained barrage from competitors in the grocery aisles, particularly on the peanut butter shelves.

Less than a year after paying $460 million for Mondelez Australia’s Kraft-branded spreads and sauces business, including Australian breakfast icon Vegemite, Bega now faces the very real prospect of Kraft marching back into the spreads market.

It is also taking court action in the US to force Bega to stop using the trademark yellow-lidded peanut butter jars which the farmer-owned dairy company bought as part of its much-acclaimed acquisition of the Mondelez brands, factory and recipes last July.

“I’ll let others decide what they think of Kraft’s plans, although the Americans are quite within their rights to re-enter the market,” said Bega Cheese chief executive officer, Paul van Heerwaarden.

“But, we paid a lot of money for this business nine months ago and we intend to strongly defend what we’ve got.”

There’s a fair bit of competitive pressure between brands and a lot of supermarket tension which we must deal with - Paul van Heerwaarden, Bega Cheese

Bega has been working overtime to fortify its defences and win shopper support on the slippery peanut butter battleground. 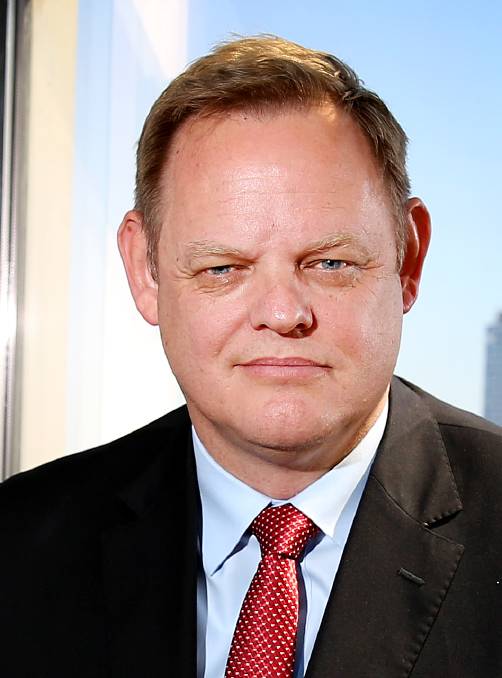 Bega is now encouraging bigger plantings of irrigated peanut crops, particularly as a rotation with sugar cane in coastal Queensland, so its peanut butter business can rely on 100 per cent local ingredients, and promote its all-Aussie credentials.

Bega captured a commanding two thirds of the Australian peanut butter market when it bought the old Kraft business, and it wants to grow further.

However, maintaining consumer loyalty to its (now) Australian-owned range in a market busy with many other brands, mostly made from cheaper overseas ingredients, has not been easy.

Bega has been forced to meet its rivals head-on with persistent supermarket discounting campaigns. 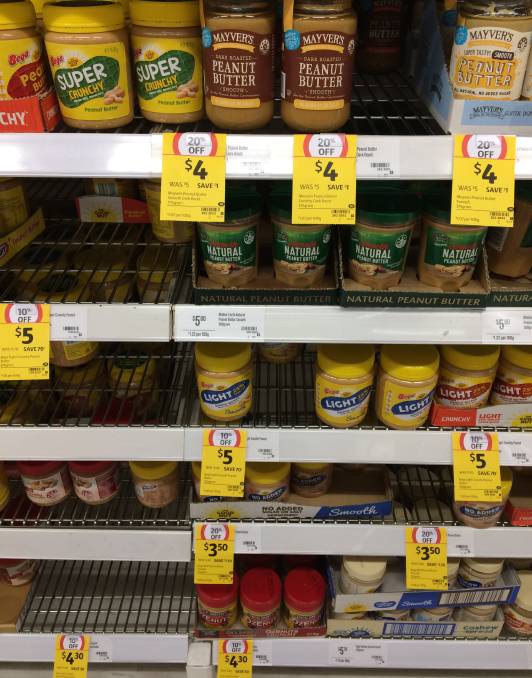 Price discounting has been intense in the peanut butter category as marketers jostle for sales and attempt to draw shoppers away from big-selling "new kid" Bega.

Other players, including private supermarket labels, are cutting their prices, too, by as much as 50pc.

They are determined not to cut any slack to the newcomer from the dairy industry.

“We’re still new kids on the block and have to establish ourselves,” Mr van Heerwaaden conceded.

“There’s a fair bit of competitive pressure between brands and a lot of supermarket tension which we must deal with, but we see good opportunities in peanut butter.

The peanut spread market in Australia is worth about $13m a year – modest compared to the $2.5 billion US habit, or even British sales at $150m, but enough to apparently get global peanut butter giant, Kraft, interested in returning.

Kraft, which has sold cheese and other foods here since the 1920s, shifted most of its Australian brands to its Mondelez business which it created in 2012, primarily to be globally responsible for biscuits and confectionery lines.

After taking over the 6.3-hectare Kraft foods plant site in Melbourne, Bega began re-branding under its own name, but just months later Kraft declared it wanted to return with “two locally-manufactured traditional favourites – cheese and peanut butter”.

Bega bought an old, established factory and is hoping to grow its business in a market which I consider fairly mature, - David McKinna, McKinna et al

Kraft is also now in arbitration with Bega, demanding the right to the peanut butter jar, which was developed specifically for the Australian product sold to Bega. 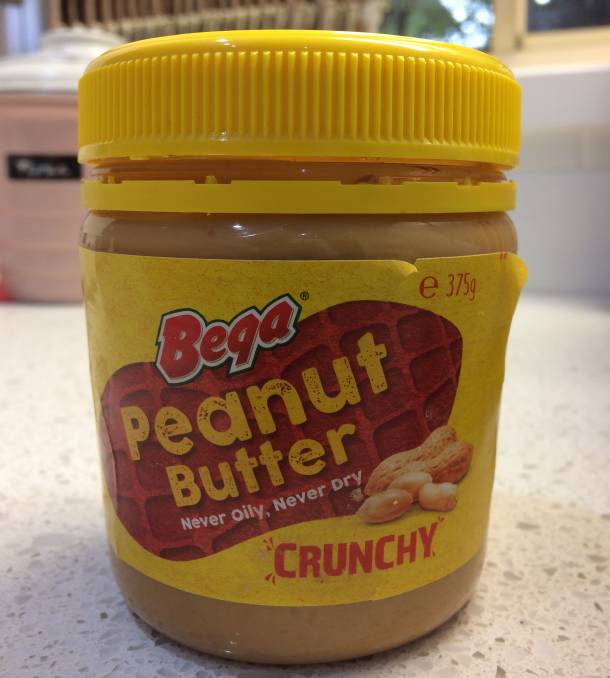 Kraft Foods is fighting Bega Cheese in court in New York for the right to take back the distinctive yellow label and peanut butter jar "trade dress" sold to Bega when it acquired the Mondelez Australia business last year.

“We bought the business, the formulation, the factory, the supply chain and everything associated with the peanut butter range – we expect to keep the trade dress,” said Mr van Heerwaaden.

Bega faces the prospect of an expensive year defending its right to the distinctive yellow label and container in court in New York.

Agribusiness and food market consultant, David McKinna, regarded Kraft’s potential return as a big risk for Bega, partly because the global player would draw on its wide network to source cheaper product.

“Bega bought an old, established factory and is hoping to grow its business in a market which I consider fairly mature, with stiff competition from cheap supermarket house brand lines,” he said.

While Australian ownership and locally sourced ingredients may generate some consumer loyalty, he said today’s shoppers mostly bought on price and tended to be “a bit cynical about country of origin labelling claims”.

“When your electricity bill jumps from $400 to $800 you adopt a fairly pragmatic approach to grocery shopping.”

Bega’s an Australian company basically achieving what I wanted to do - Dick Smith, Dick Smith Foods

However, entrepreneur and Australian-made champion, Dick Smith, regarded Bega as a “hero company” in food industry circles after “buying back the farm” from Kraft.

He wants it to make the most of every opportunity to loudly promote its Australian ownership and its decision to stop importing Argentinian peanuts.

While consumer loyalty was hard to retain, he felt support for Bega peanut butter would be stronger than for multinational Kraft.

In fact, he considered it probably time to close up his own Dick Smith Foods range, developed 20 years ago as a not-for-profit business offering locally-owned alternatives to Kraft’s spreads.

“Bega’s an Australian company basically achieving what I wanted to do – we’ll probably bow out gracefully,” he said. 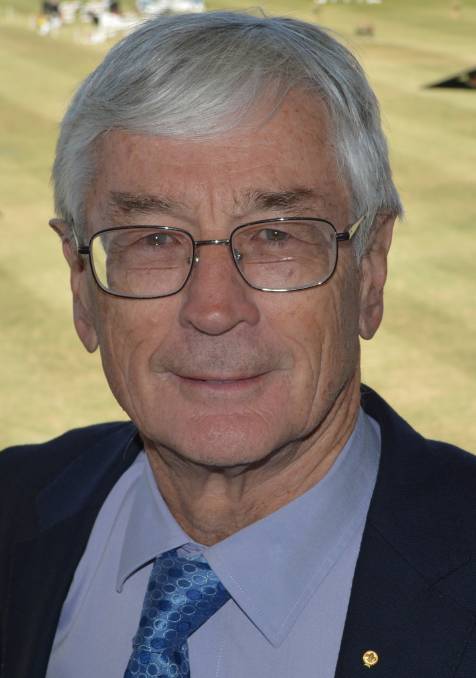 Dick Smith plans to bow out of food processing because Australian-owned Bega is has taken back production of products like peanut butter and Vegemite from US giant Kraft Heinz.

However, Bega expects it will need about two seasons before reliable local peanut production volumes recover to the point where imports are not required to top up its processing requirements.

Its PCA business currently processes up to 18,000 tonnes of nut in shell a year for use in peanut butter and other products.