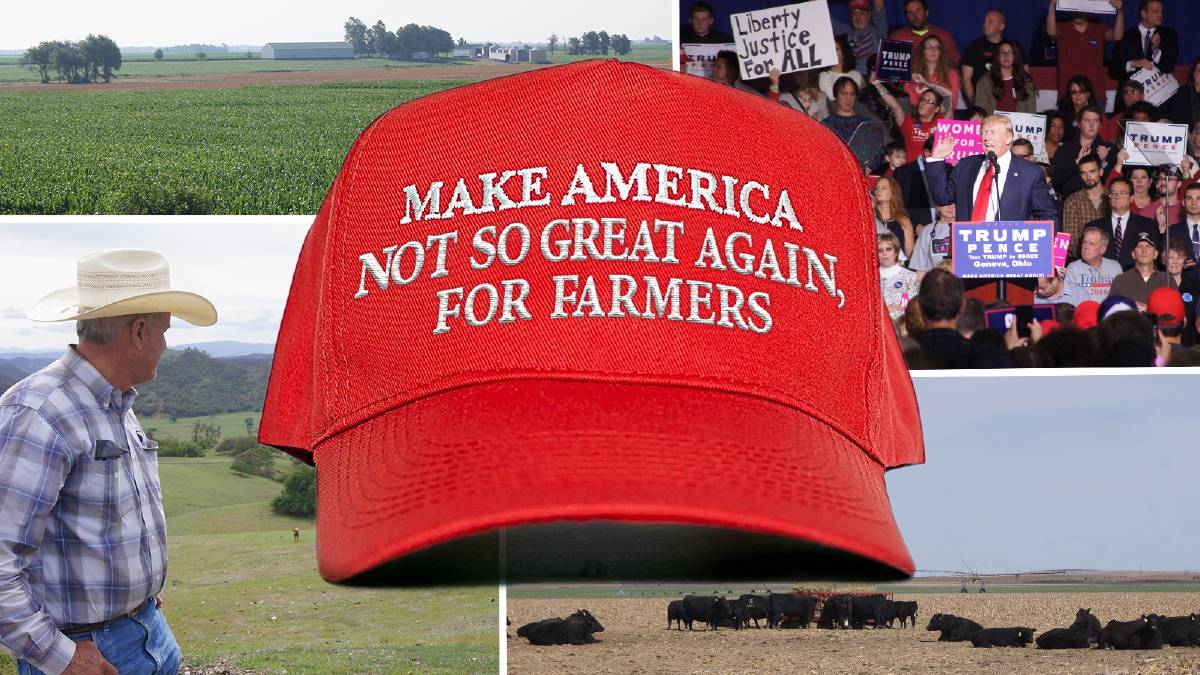 The American Soybean Association (ASA) lashed out at Mr Trump after China’s announcement yesterday of a proposed 25 per cent tariff on US soybeans, which was retaliation at his recent moves to impose a 25pc tax on imported Chinese products valued at US$46 billion, comprising mostly machinery and mechanical appliances.

Estimates suggest China’s list of 301 proposed 25pc tariffs would hurt US exports to the value of about US$50b and is headlined by vehicles, aircraft and vessels valued at US$27.6b.

But next on the Chinese hit list is vegetable products valued at US$13.7b comprising soybeans at US$12.4b while cotton and high quality wheat are also listed as commodity targets by the Chinese government.

The ASA says there’s now “extreme frustration” among soybean farmers due to the escalation of a trade war against the US’s largest soybean customer, and is demanding the White House reconsider the tariffs that ignited China’s latest retaliation.

China purchases 61pc of total US soybean exports and more than 30pc of overall US soybean production.

Trump announces US import products of $46.2bn from China to hit with Section 301 tariffs

Beijing announces US export products of $49.8bn to hit with tariffs in retaliation to Trump

Here I examine the products. And I provide them for you to enjoy as wellhttps://t.co/uamAphxyTF

“It should surprise no one that China immediately retaliated against our most important exports, including soybeans,” he said.

“We have been warning the administration and members of Congress that this would happen since the prospect for tariffs was raised.

“That unfortunately doesn’t lend any comfort to the hundreds of thousands of soybean farmers who will be affected by these tariffs.

“This is no longer a hypothetical and a 25pc tariff on US soybeans into China will have a devastating effect on every soybean farmer in America.”

He said with a projected 2018 crop of 4.3 billion bushels, soybean farmers lost US$1.72 billion in value for our crop “this morning alone” which was “real money lost for farmers and it is entirely preventable”. 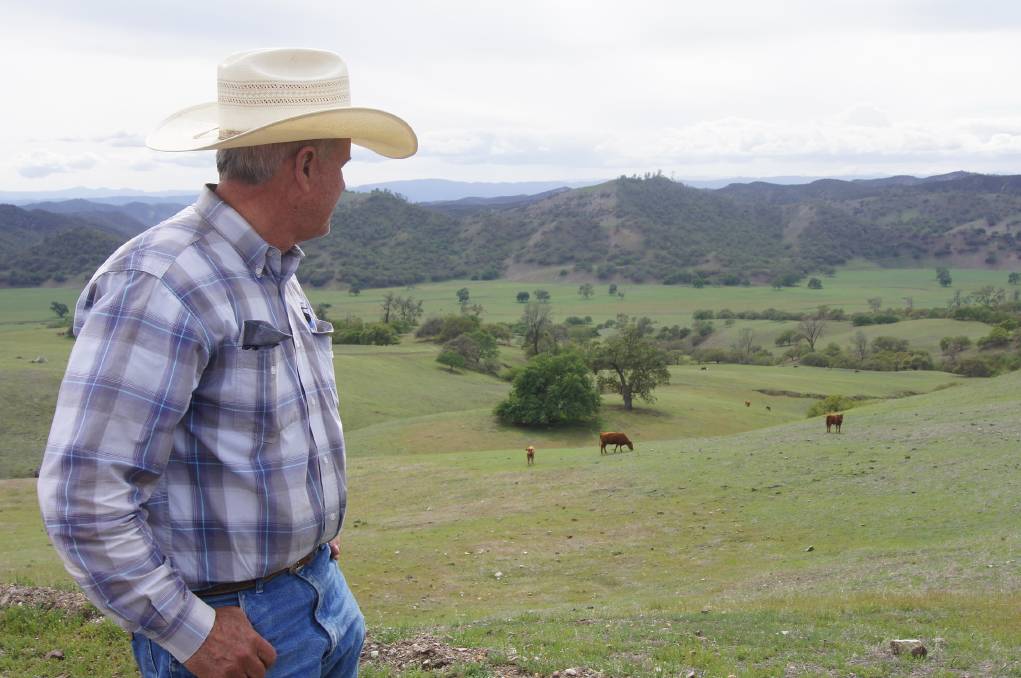 US farmers and ranchers may be regretting voting for Donald Trump as President following an escalating trade war with China.

“We regret that the administration has been unable to counter China’s policies on intellectual property and information technology in a way that does not require the use of tariffs,” he said.

“We still have not heard a response from the administration to our March 12 letter requesting to meet with President Trump and discuss how the administration can work with soybean farmers and others in agriculture to find ways to reduce our trade deficit by increasing competitiveness rather than erecting barriers to foreign markets.

“But there is still time to reverse this damage, and the administration can still deliver for farmers by withdrawing the tariffs that caused this retaliation.

“China has said that its 25pc tariff will only go into effect based on the course of action the administration takes.

“We call on President Trump to engage the Chinese in a constructive manner - not a punitive one - and achieve a positive result for soybean farmers.”

The US Wheat Associates (USW) and National Association of Wheat Growers (NAWG) said wheat farmers were going to get hurt by the 25pc tariffs that China imposed quickly after the US government announced its new tariffs on April 4.

USW Chairman Mike Miller said China imported more than 61 million bushels of US wheat in 2016/17, making it our fourth largest buyer in the world.

He said farmers across the country had invested a lot of money and time developing a Chinese market in recent years which had great potential to buy even more American wheat.

“Now that effort is in jeopardy at a time when big global supplies have already pushed farm gate wheat prices down to unsustainable levels,” he said.

NAWG President Jimmie Musick said adding a 25pc tariff on exports to China for US wheat was “the last thing we need during some of the worst economic times in farm country”.

“Continued drought, low prices and trade uncertainty adds pressure to passing a Farm Bill on time as well as creating uncertainty for producers and lenders,” he said.

“In a trade war, agriculture is always the first target.

“The administration can support rural Americans by working with Chinese officials to avoid these damaging tariffs.”

Asked if he was concerned about the US China trade conflict, Prime Minister Donald Trump said “no one wins out of a trade war, that's for sure”.

“That's why I have been such a strong advocate for free trade and open markets,” he said.

“I've been asked about China and the United States and their disputes on trade and we look forward to them negotiating an agreement on it.

“It is really important that we maintain a free trade, open markets, that has been the foundation of the prosperity we've all enjoyed especially in this region.”

US farmers voted Trump but may now have regrets

Market analysis by the Commonwealth Bank of Australia on the back of the recent tariff announcements said US soybean prices and corn futures fell sharply on Wednesday.

The CBA report said China’s tariffs had “an impact” but US exports of corn to China are “quite modest…and, for that reason, the bigger impact might come from US growers who still have time to change 2018 planting choices.

“Unless other things change - and great many might - that is going to mean surplus soybeans and lower soybean prices in the US - but not elsewhere.

“Brazilian farmers would be able to sell more – and Argentinean farmers will get paid well for the smaller amounts they have this year.”

“And, just to further emphasise what an important event this is, trading volumes were huge,” it said.

“Price also have veered down into some worrisome levels that will kill any upward momentum.

“The market still has to work through the precise implications of the tariffs for US exports (and so futures deliverable supply).

“The outcome though will mean US farmers are paid less than others (unless there is other offsetting policy action) - and those farmers, a great many of whom voted for the current US president, are hardly going to feel like winners.

“The whole trade situation though is very fluid so getting too firmly entrenched about consequences would be unwise right now.”

But he said China’s threatened retaliation against the US tariff proposal was testing both the patience and optimism of families who are facing the worst agricultural economy in 16 years.

“Growing trade disputes have placed farmers and ranchers in a precarious position.

“We have bills to pay and debts we must settle and cannot afford to lose any market, much less one as important as China’s.

“We urge the US and China to return to negotiations and produce an agreement that serves the interests of the world’s two largest economies.”