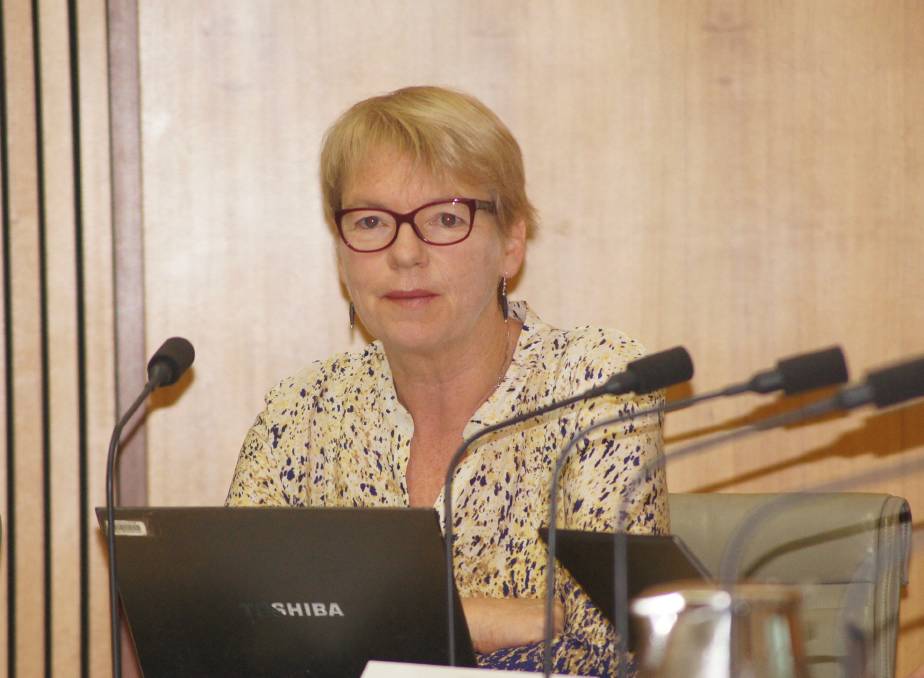 NEW figures showing 110 staff have exited the Australian Pesticides and Veterinary Medicine Agency during its relocation to Armidale from Canberra.

Senator Rice spoke out following the recent release of statistics concerning the APVMA’s staffing level amid its controversial move from Canberra into Barnaby Joyce’s New England electorate at Armidale, as part of a bold decentralisation agenda.

While Mr Joyce has justified the move as being in the nation’s long-term national interests and part of a “moral responsibility” to feed the world, Senator Rice said the staff “exodus” was due to Mr Joyce’s “blatant pork barrelling” and she also raised concerns the relocation could trigger privatisation of the Authority.

“This is an unmitigated balls up,” she said.

“So many people’s lives turned upside down, at massive cost to the taxpayer and putting the services of this vital government agency at risk.

“This is all to indulge the pork barrelling whim of the thoroughly discredited Barnaby Joyce.

“The decision to move the agency from Canberra to Armidale has lacked any transparency, accountability or due process.”

Senator Rice said the APVMA was doing the best it could in very difficult circumstances, having to implement a “dog’s breakfast of a policy”, by the former Agriculture and Water Resources Minister “to shore up his own support in his electorate”.

“This bungled policy appears headed to one of two outcomes,” she said.

“Either we will end up with the breakup and partial privatisation of a highly respected government agency by stealth, as many services won’t be able to be provided in Armidale, so they will end up being contracted out.

“Or we will end up with a ridiculous situation where employees will still be working for APVMA but be working from home in Canberra, inefficiently and at much cost to the taxpayer of providing the required secure digital connections to their homes, because of the farcical government regulation that says an office of APVMA isn’t permitted to be located in Canberra.”

But APVMA CEO Dr Chris Parker said his organisation was managing some significant relocation risks, but he didn’t accept reports that the APVMA was headed towards privatisation.

He said the Business Model for the APVMA’s operations in Armidale had been made publically available.

“Our planning for the relocation has contemplated the risk of retaining staff and managing departures, which is why we’ve focussed on policies and support programs that keep people with us for as long as possible and we’re undertaking targeted recruitment,” he said.

“APVMA staff have a number of pathways open to them should they chose not to relocate to Armidale.

“Consequently, we are not expecting a mass exodus with current rates of commencements largely keeping pace with departures.

“We’re making good progress on our relocation program with contracts in place for the new building and a business case for digital investment before government.

“We’re transparent with our relocation planning and program delivery and regularly in contact with stakeholders through the Armidale Relocation Advisory Committee.”