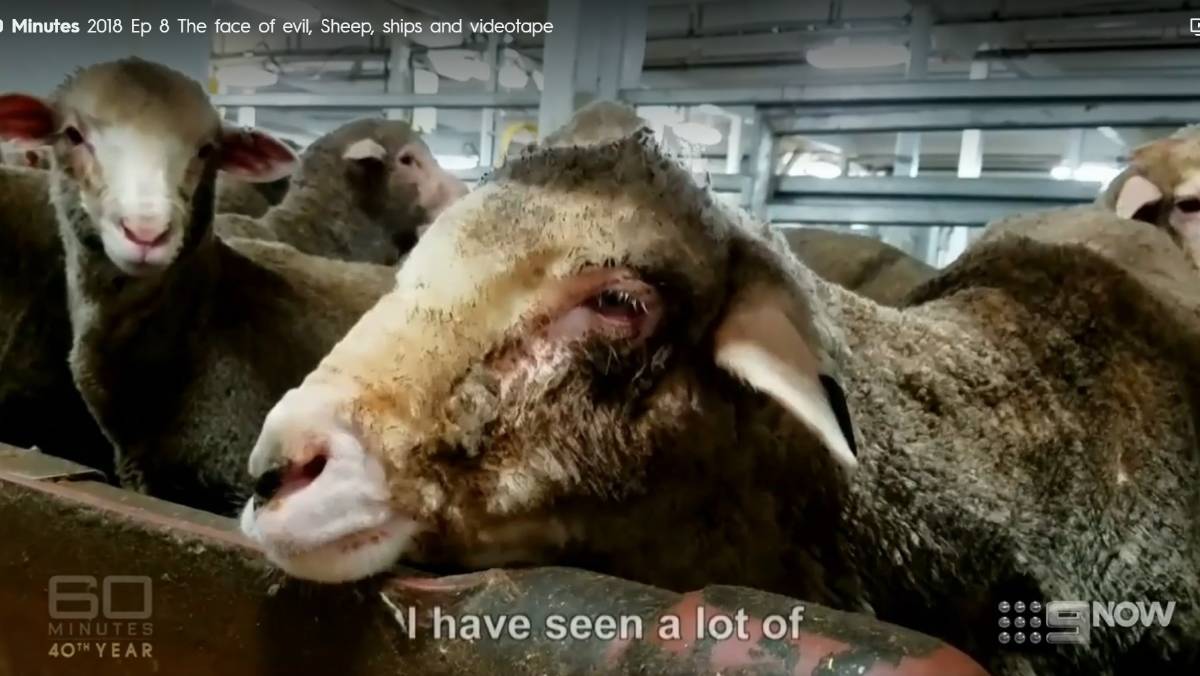 David Littleproud will meet with Animals Australia and other stakeholders today, including the RSPCA, as fallout continues over the latest controversy to hit the live exports industry.

AGRICULTURE and Water Resources Minister David Littleproud will meet with Animals Australia and other stakeholders today, including the RSPCA, as fallout continues over the latest controversy to hit the live exports industry.

Mr Littleproud reacted angrily to scenes in the video footage that was supplied by Animals Australia via a whistle-blower to 60 Minutes for last night’s broadcast of issues concerning welfare conditions for sheep exported to the Middle East suffering heat stress on boats.

The rookie minister will now open his door to the animals rights group that has long campaigned to have live exports banned, which was kept shut by his predecessor Barnaby Joyce.

It’s understood Mr Joyce refused to meet with Animals Australia during his tenure of more than four years which ended before Christmas when he was replaced by Mr Littleproud but his office was more open to the RSPCA.

“The videos shocked, angered and saddened me - the conditions shown in the footage were disgraceful and I remain deeply angry about the conditions those sheep endured,” Mr Littleproud said.

Mr Littleproud’s Department is investigating the issue and will also make a decision tonight on the fate of a ship at the centre of the controversy concerning Emanuel Exports that’s scheduled to depart Fremantle tomorrow carrying about 68,000 sheep also destined for the Middle East.

It has already been revised down to 58,000 head to meet tougher welfare standards imposed by the Department.

The video that aired on 60 Minutes was secretly filmed by whistle-blower Faisal Ullah - a graduate of Pakistan's Marine Academy and trainee navigation officer - on five sheep shipments from Australia last year.

“I saw the animals' condition on board and it was just terrible inside,” said.

Animals Australia investigator Lyn White said it would be the first time the Australian public and some at the Department, the live export industry’s regulator, had seen the conditions and treatment of animals, on board ships.

But rather than taking his video to the regulator, Mr Ullah took it to Animals Australia and Lyn White where a joint investigation was conducted with 60 Minutes.

Ms White said the video “deeply shocked, saddened and shamed me” while Mr Bartlett said “this cruel trade” earns about $250 million a year.

In the program, Mr Bartlett also described Mr Joyce as the live export industry’s “biggest cheer-leader” and accused bureaucrats of sitting on their “shiny bums” in Canberra.

Mr Littleproud said after receiving an incident report from his Department of a live sheep voyage to the Middle East in August 2017 – where 2400 sheep died - he immediately requested an urgent briefing and wrote to industry asking about research they'd undertaken on high heat mortalities.

“I also gave a press conference explaining how angry I am about the treatment of those animals.

“Tonight, many Australians are no doubt shocked and upset - farmers who care for these animals from birth will be deeply distressed at the footage.

“Tomorrow morning I meet with Animals Australia in Melbourne, before a teleconference with the RSPCA and then meetings with the industry.

“I've been Minister for Agriculture for just more than three months.

“I can't change the past but I aim to influence the future.

“I will support live exporters who do the right thing.”

But Mr Littleproud said he would not support anyone who does the wrong thing.

“Those who do the wrong thing should be nailed, not slapped on the wrist,” he said.

“There is a live export ship due to sail from Perth Tuesday.

“The Department of Agriculture and Water Resources, which as the regulator of the industry, acts independently of my office, will make an announcement around that shipment tonight.”

The 60 Minutes program has ignited a fresh round of calls for an end to the entire live export trade. 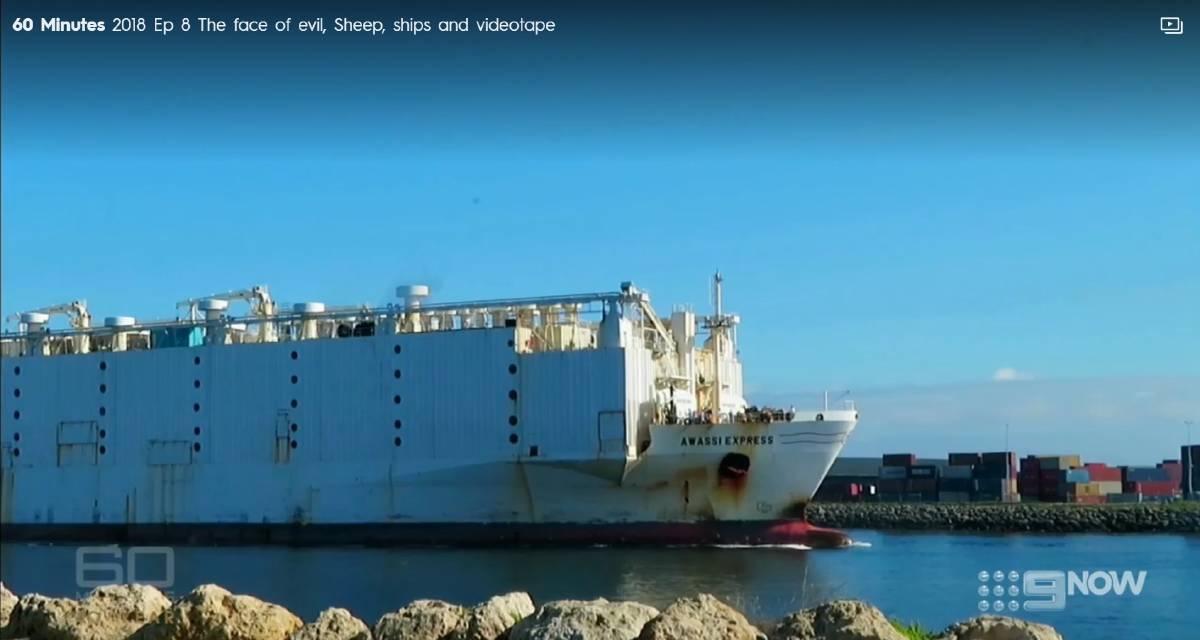 Mr Littleproud said there would be no total ban – but there was no point complaining about the footage that wouldn't exist if the conditions on the boat were good for the sheep.

“We need a sustainable trade with good animal welfare outcomes - we need an industry which does not tolerate wrongdoing - we need an environment in which whistleblowers are comfortable coming forward,” he said.

“The live export trade is important for our farmers.

“It provides a floor in the market for older sheep and fills demand overseas for live sheep.

“A ban on the whole industry would only punish those who have done no wrong - both exporters and farmers.

“Many farming families remain devastated from the 2011 suspension and that class action against the Australian Government still continues.”

Queensland Nationals Senator Barry O’Sullivan said he expected the Department would “thoroughly” examine potential industry reforms to enhance animal welfare standards on boars ships and the issue would also investigated “meticulously” by the Senate Rural and Regional Affairs and Transport References Committee that he co-chairs, at the May budget estimates hearings, in Canberra.

But he stopped short of saying there would be a Senate inquiry into matters raised by the 60 Minutes broadcast.

“Not everything commands an immediate inquiry by the Committee,” he said.

But Senator O’Sullivan said if enough Senators were dissatisfied with responses to questions at the post-budget estimates hearings, an inquiry could be considered. 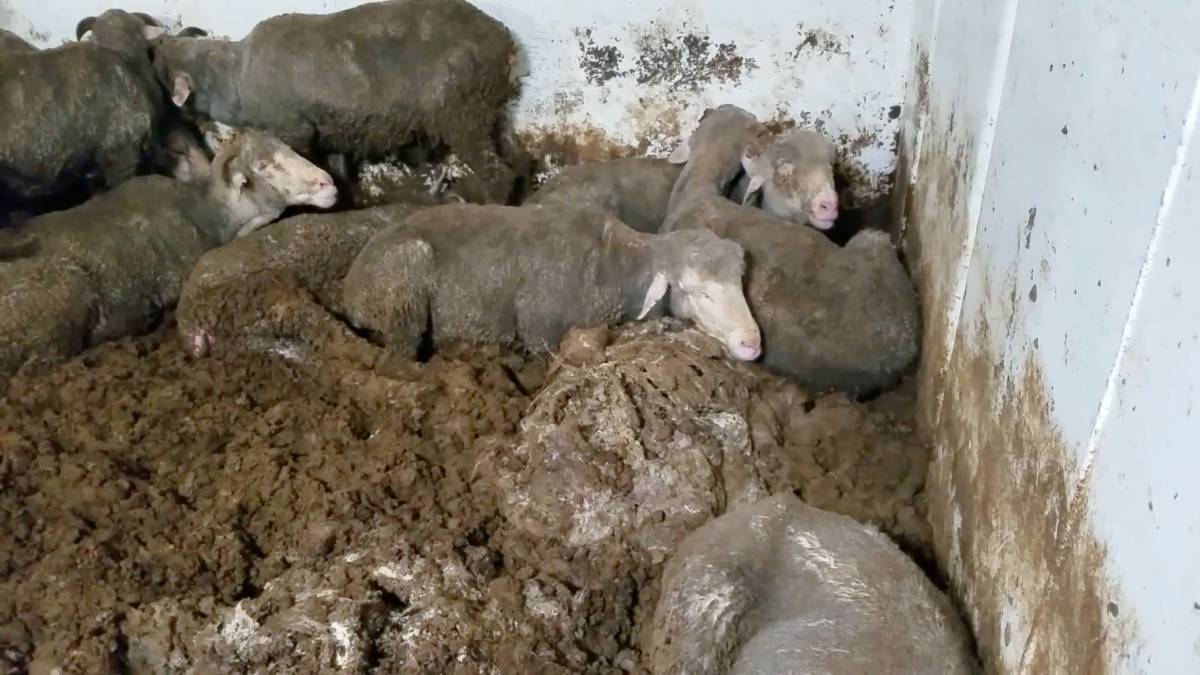 Labor said in a statement that it welcomed the additional conditions imposed on the vessel scheduled to leave Fremantle this week but one voyage doesn’t make for reform.

“Last night’s 60 Minutes program on the live sheep trade demonstrates that a business-as-usual approach is not acceptable,” the federal Labor party said.

“Our farmers, however, should not be punished for something over which they have no control.

“That’s why the Opposition has extended a bipartisan hand to the government - to end the cruelty without hurting our farmers - but there are a few conditions attached to our offer of bipartisanship.

“The government must also accept that current animal welfare standards don’t and can’t meet reasonable animal welfare conditions nor community expectations - they must be updated.

“We must also begin to give farmers better market options than the live export model and focus more on adding greater value to our product here in Australia – to create more jobs here and to create high value products here for export markets.”