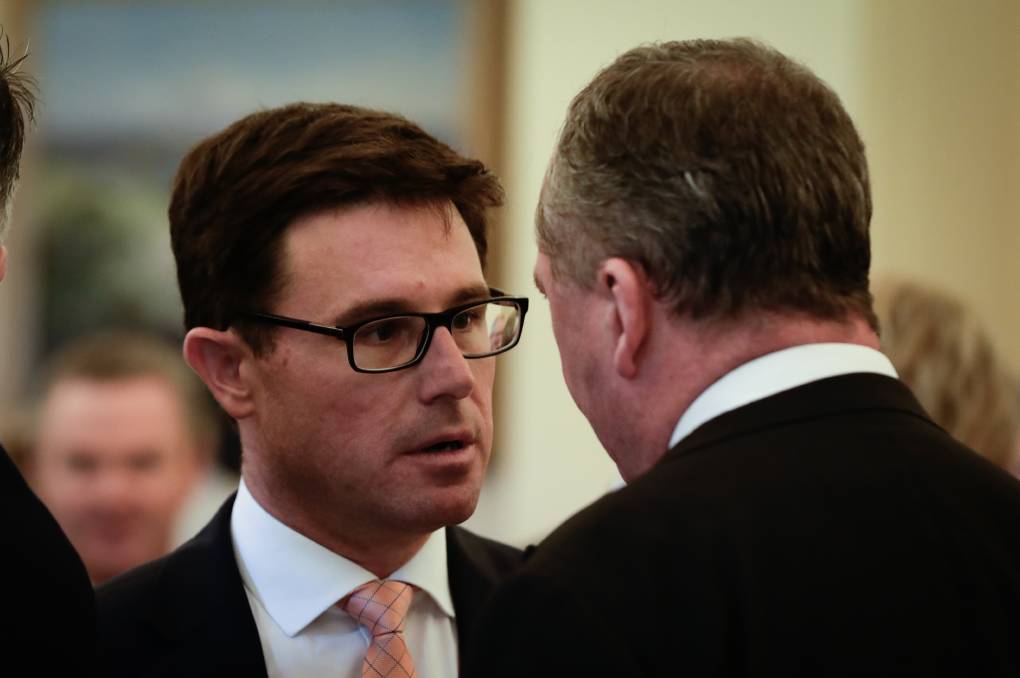 Mr Littleproud said he was concerned that a mortality report he received recently from the independent regulator - the Department of Agriculture and Water Resources - did not accurately reflect the conditions seen in the vision shown on the current affairs program, regarding the Emanuel Exports shipment from 2017 where 2400 sheep died.

“They shouldn't be able to hide behind companies and shelf companies,” he said.

“I want to let the light shine in.

“No-one who is doing the right thing should be scared of transparency.”

Mr Littleproud said he thanked the whistle-blower for coming forward – who supplied the video footage to Animals Australia which was used for last night’s joint-investigation with 60 Minutes.

“A hotline for whistle-blowers to call anonymously is a logical step to increase transparency and encourage that behaviour.

“I said I'd aim to create an environment where whistle-blowers are comfortable and confident stepping forward and a hotline is a start.

“I'll consult further with Animals Australia and the RSPCA, both of whom I've been in contact with, to help strengthen this.

“A review into the independent regulator is a good thing.

“This requires prosecutions and heavy penalties where breaches occur.

“Regarding the ship scheduled to leave Fremantle for the Middle East in the next couple of days, conditions required of the exporter are a matter for the independent regulator, although personally I'm pleased with the idea an independent observer paid for by the regulator will be on board sending back daily reports and photographs.”

The new controversy has re-ignited calls to have the live exports industry shut down but Mr Littleproud has rejected those calls, choosing instead to take affirmative action to enhance industry standards.

A statement from the Department said the Animals Australia footage of sheep aboard a live export vessel showed conditions that were “deplorable and unacceptable”.

It said the law that regulated the export of livestock included strict requirements to ensure the health and welfare of animals but it was the responsibility of each exporter to ensure it meets those obligations.

“While the Department is assessing this information, it is taking immediate action to add an independent department veterinarian to an upcoming voyage to the Middle East,” it said of the Emanuel Exports shipment of about 60,000 head of sheep that’s due to leave Fremantle this week for the Middle East.

“This vet will monitor and record the health and welfare of all animals on board, send back daily reports and images and will also be able to issue directions on the vessel to ensure the welfare of the sheep.”

The Department said in addition to this measure, it was moving to settle additional specific conditions on a forthcoming voyage to the Middle East to ensure that the health and welfare outcomes required under law are met, including:

“Conditions will be designed to ensure the health and welfare of sheep on this voyage while longer term measures are developed for the industry,” it said.