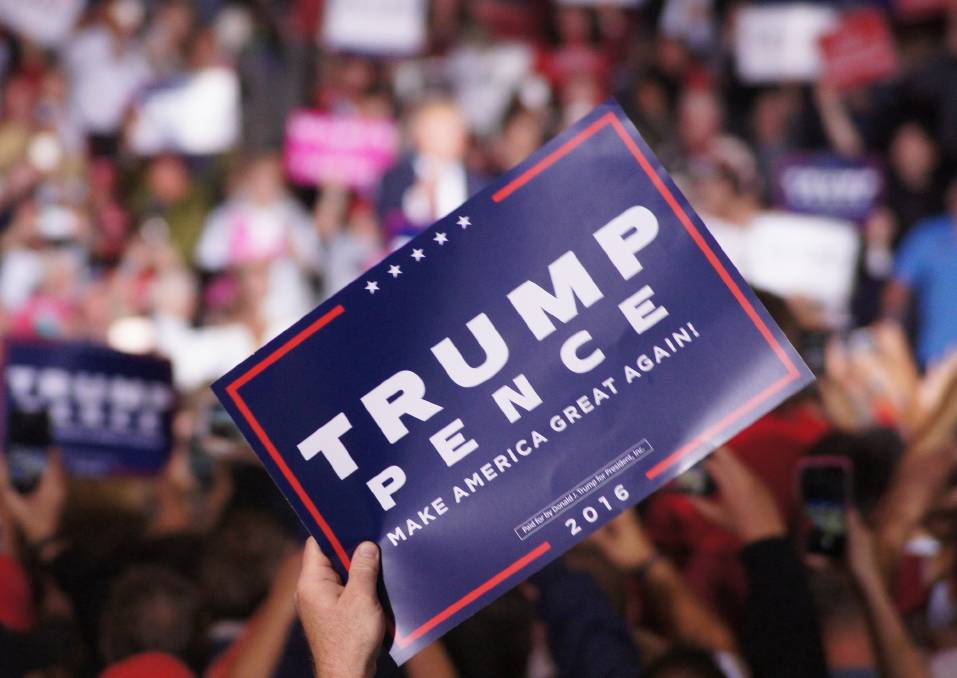 AUSTRALIAN farmers would lose a competitive exporting edge into major markets for commodities like grains if the US returned to the Trans Pacific Partnership.

AUSTRALIAN farmers would lose a competitive exporting edge into major markets for commodities like grains if the US returned to the Trans Pacific Partnership (TPP).

And Federal Trade Minister Steve Ciobo has responded to Donald Trump’s indication the US is taking steps to consider joining the 11 other TPP nations like Australia and Japan, by saying there’s currently “very little appetite” for a renegotiation.

Would only join TPP if the deal were substantially better than the deal offered to Pres. Obama. We already have BILATERAL deals with six of the eleven nations in TPP, and are working to make a deal with the biggest of those nations, Japan, who has hit us hard on trade for years!

Mr Trump’s recent about face on the TPP arrives at the same time as he’s suffering increased pressure from the American farming sector due to igniting a tit-for-tat tariff trade war with China that’s hit the US soybean industry particularly hard.

Grain Growers Trade and Economics Manager Luke Mathews said there’d been “significant talk” of a possible US return to the TPP which would have “mixed blessings” from a grains industry perspective.

“On one hand, a possible return of the US to the TPP fold sends a positive signal that seeking a liberalised trade agenda is important for the world’s largest economy and historic key-advocate for global free trade,” he said.

“This is particularly important given the current global economic climate, the increasing protectionist activities and rhetoric of some countries, and the challenges for achieving further reform at the multilateral level. 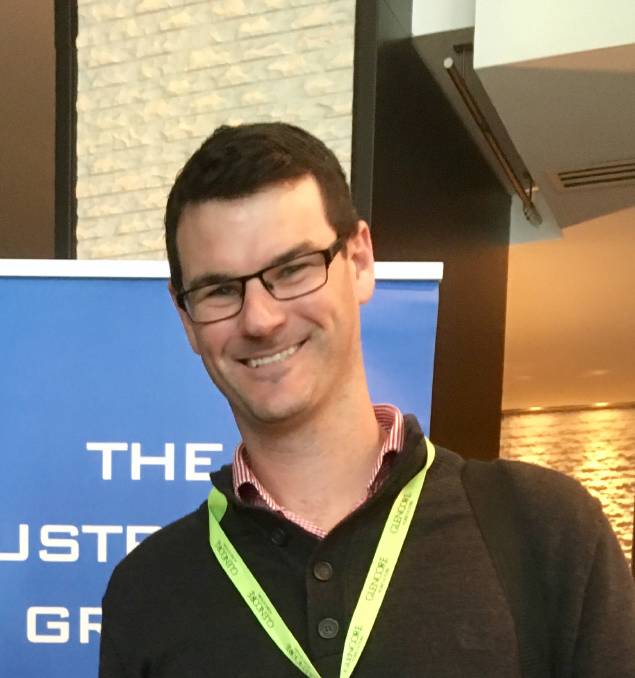 “But on the other hand, if the US re-enters TPP, Australia will lose its competitive edge for a number of agricultural commodities into TPP markets.”

He said that was particularly the case for Australian wheat exports to Japan, which have averaged $330 million over the past five years, and compete directly with US wheat exports into the high-priced market.

Mr Mathews said under the second version of the TPP, with the remaining 11 countries, Australia’s market access advantage against US exports into Japan had increased further.

“If the US re-enters TPP they will achieve the same market access outcomes as Australia currently enjoys - this will place both the US and Australian grain exporters on an equal footing into Japan,” he said.

“Australian grain exporters will be no worse off than US exporters.

“However Australian grain exporters will be worse off compared to if the US had not re-joined at all.”

Mr Ciobo said he’d commented previously that having the US come back into the TPP-11 would be “a step in the right direction”.

“And I think that's one of the reasons why the United States is having a second look at possibly re-joining the TPP,” he said.

“But let's also be clear, I think there's very little appetite among these TPP-11 countries for there to be any meaningful renegotiation, or indeed, any substantial renegotiation of the TPP-11 at all.

“What we're all focussed on is making sure we can bring the TPP-11 into effect as soon as possible.”

Mr Ciobo said all 11 TPP countries were going through their domestic ratification processes, Australia included and he hoped it would come into effect at the start of next year.

“I don't believe there will be any appetite to put pause on that while we have further discussions with the United States,” he said.

“At best, I would see a process where these two events operate in parallel, namely the TPP-11 have their domestic ratification processes underway with the view to bringing the TPP-11 into effect.

“But again, I would stress, and I certainly don't speak on behalf of the TPP-11, I'm only speaking in terms of Australia's view, we welcome the United States coming back to the table, but I don't see any wholesale appetite for any material renegotiation of the TPP-11.”

GrainGrowers said after the US pulled out of the TPP under new President Donald Trump at the start of 2017, Australia, Brunei Darussalam, Canada, Chile, Japan, Malaysia, Mexico, NZ, Peru, Singapore and Vietnam reached agreement on the final Comprehensive and Progressive Agreement for Trans-Pacific Partnership at an officials-level meeting in Tokyo, Japan, in late January.

At a broad glance, the agreement will eliminate 98pc of all tariffs in the free trade area and its benefits apply to a broad range of agriculture products, including beef, dairy, sheep meat, cotton, wool, and grains.

The TPP-11 includes five of Australia’s important grain export markets in Japan, Vietnam, Malaysia, New Zealand and Singapore and accounts for 15-20pc of Australian grain trade, which is dominated by wheat.

GrainGrowers said under the original TPP agreement the US grains sector would have had equal access to the Australian industry.

Mr Ciobo said Australia’s agricultural lobby and farmers were “big beneficiaries” of a host of different free trade agreements the Coalition had put into place over the past several years.

“We haven’t yet felt the benefits of (TPP-11) yet because it hasn’t yet come into effect but it is very promising,” he said.

“We get access to two totally new markets, including Canada and Mexico.

“It builds off the great work that we’ve done with China, with Japan and with South Korea and of course, the work that now I’m continuing to build on with Singapore as well as in Latin America, through Peru, and the negotiations we’re having with the Pacific Alliance countries.

“As well as, of course, the negotiations we hope will commence soon with the European Union and the UK.

“Like anything, there are pros and cons - we’ve got to work our way through it - but let’s just see what the Americans do.”

“We don’t get ahead of ourselves - let’s see what the United States decides to do.

The federal Opposition said they would first need to see if it was a serious proposition and then what the US was asking for, to re-join the TPP.

Mr Trump’s trade war with China and other major export nations has seen reports he’s considered offering farmers subsidies as form of compensation, at a time when ratification and negotiation of the next five-yearly US Farm Bill is under negotiation.

The last Farm Bill from 2014-18 of about US$500 million per year, comprised 80 per cent for the food stamps, or food nutrition program.

But it also contained hefty spending on crop insurance programs, which have been a growing share of program spending, and 8pc of the last one, in subsidising farmers to take out production risk insurance.

Another aspect of the Farm Bill that’s been historically criticised by the Australian farm lobby is its commodity payments program that support US farmers against market volatility such as low prices and comprised 5pc of the 2014-18 version.

His statement also had a thinly veiled message, for the US President’s recent treatment of farmers in trade moves.

“Farm Bureau is pleased to see meaningful adjustments to the current Farm Bill’s provisions for dairy and the Agriculture Risk Coverage program, as well as new provisions for cotton farmers included in the commodity title,” he said.

“There are additional provisions aimed at improving conservation programs, the specialty crops program and research and rural development programs that will benefit our members across the nation.

“The House Agriculture Committee’s proposed 2018 Farm Bill shows the committee is aware of a farm economy teetering on a knife’s edge.

“The legislation released today will assist farmers and ranchers battered by commodity prices that often do not cover the costs of production.

“This is one step to bring certainty to our farmers when we face challenges from many different directions.

“There are still details to be worked out, and we stand ready to work closely with leadership and members of the committee to move forward.

“We urge Congress to complete a new Farm Bill soon that promotes food security, a strong farm economy and the thousands of jobs that are supported by America’s agricultural productivity.”