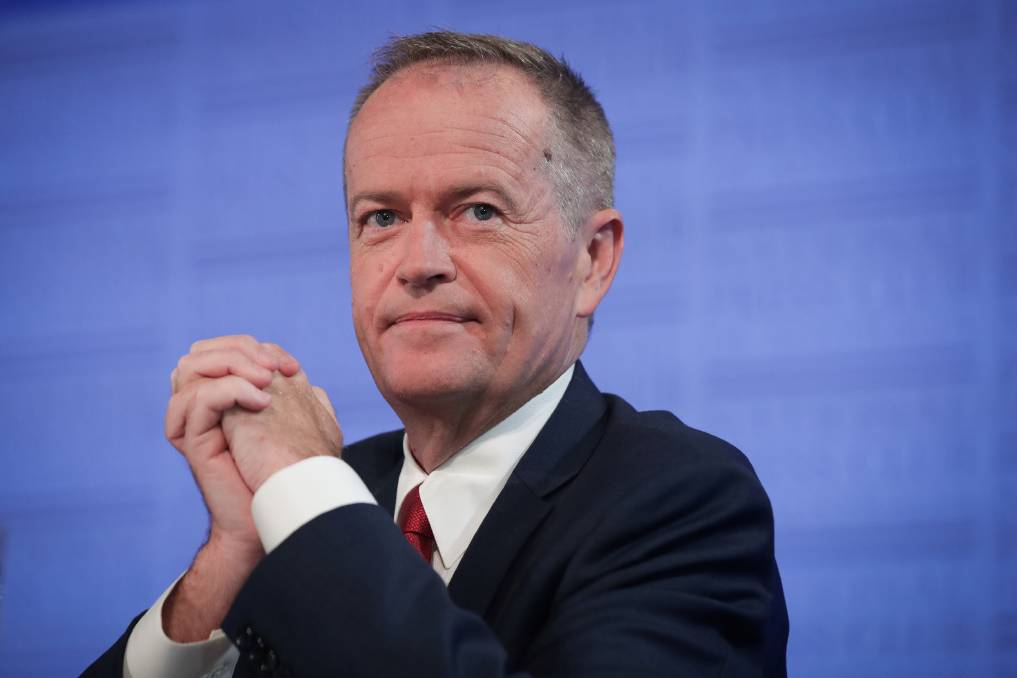 Bill Shorten has rocked political ranks today, in calling for an immediate ban on live sheep exports to the Middle East.

OPPOSITION leader Bill Shorten has rocked political ranks today, in calling for an immediate ban on live sheep exports to the Middle East.

But Mr Shorten’s demand for a termination of trade, ahead of a short sharp review into shipping standards for sheep exported mostly from WA during the troublesome but peak Middle Eastern summer period, was rejected by Agriculture Minister David Littleproud.

Mr Littleproud ordered the independent examination, and said he was “disappointed” in the Labor leader’s political statement, given his recent bipartisan interactions to seek to enhance animal welfare standards for the live trade to try to make it sustainable, with Labor Shadow Agriculture Minister Joel Fitzgibbon.

Mr Shorten said he “felt sick to the stomach when” he saw “the vision”, in reference to images recently broadcast on 60 Minutes of heat stress related sheep welfare issues on boats to the Middle East.

“Only a monster would think it’s fine for this to continue without any change,” he said.

“We’ve been patient with the government, but my patience is running very thin.

“The industry has had plenty of chances to clean up its act, and it’s failed.

“The government has had plenty of chances to properly regulate, and it’s failed.

“The Turnbull government must adopt Labor’s plan to appoint an independent Inspector General of Animal Welfare.

“The community wants it, the industry needs it, and animals deserve it.

“They should do it today. What on earth is stopping them?”

Mr Shorten said the government’s review “must make strong recommendations and must do it quickly”.

But he said Labor believed the review was unlikely to conclude the northern summer trade was sustainable but “we will honour our commitment to await its findings”.

“Until that happens, northern summer shipments of sheep not already beyond the farm gate should be suspended,” he said.

“We are absolutely open to working with the government on bipartisan reforms, but it’s not acceptable to allow deaths and shocking mistreatment to occur just because we are waiting for a report to be handed down.”

Mr Shorten said the review must make findings which address all aspects of animal welfare.

He said that included; reducing stocking densities for sheep; increasing access to water, including a lowering of the threshold for temperature levels at which sheep must be able to access more water; better onboard management, including increasing numbers of required crew with experience in the care of animals to provide satisfactorily for their tending, feeding and watering, and increasing the number of trained, independent veterinarians per head; and improved standards of waste management, so sheep are not expected stand, sit and sleep in their own waste.

Mr Littleproud said a review had already started into the sheep trade during the Middle Eastern summer which was likely to take three weeks.

Australia is a world leader in animal welfare, the live trade market won't dry up if Aus decided to ban it. It will only open the door to other country's with poor animal welfare standard to export more and will have a negative effect on the industry as a whole

“I’m determined to make decisions on science not emotion - I will not make a knee jerk reaction with the science three weeks away,” he said.

“A knee jerk ban would punish farmers who have done nothing wrong.

“Mr Fitzgibbon has been honourable and good to deal with.

“I’m disappointed Mr Shorten seems to have broken away from a bipartisan approach to make a political statement, with the review results just three weeks away.”

Opposition deputy-leader Tanya Plibersek said – when asked if live exports should be banned today said “I'd certainly like to see them be phased out over time”.

She said Liberal rural MP Sussan Ley - who has signalled she will introduce a dissenting Private Members Bill to set a date to start phasing-out live exports that's been backed by the Greens - was part of the government that “got rid of the Inspector General of Animal Welfare which we introduced when we were in government”.

“I was very pleased to see farming groups in the last few days suggesting that Labor's policy for the Inspector General on Animal Welfare should be re-instituted and we certainly urge the government to do that as an immediate priority,” she said.

“On the broader issue of live exports, I haven't seen the bill so I can't comment on the contents in detail but I would say this, as I've said many times, I would certainly like to see over time a greater emphasis on the export of chilled and frozen meat.

“If we add value in the supply chain here in Australia by sending the animals to abattoirs here in Australia, that's good for Australian jobs and I think it's certainly better for animal welfare as well.”

In 2017, Australia’s live sheep exports, of close to 2 million head, reached $249 million and is the nation’s largest exporter of live sheep accounting for more than 85pc of the total volume.

Farmers and Mr Littleproud have rejected a trade ban and instead called for tougher penalties on exporters and to identify issues and fix them, rather than punish those doing the right thing.

“But I’ve also seen research from ABARES that suggests in fact if you took away live trade, it would actually cost $300 million to the industry and the benefits we’d gain by solely having processing in Australia would only give us $100 million - but we’d lose 10,000 jobs,” Mr Littleproud said.

But live exports industry sources say the estimated number of non-Australian originated animals that are captured by Australia’s live exports trade and gain welfare benefits from ongoing investments in systems and processes like the Exporter Supply Chain Assurance System (ESCAS), is three to four times the number exported from Australia.

Last year about 3 million live animals mostly sheep and cattle were exported from Australia to overseas markets like the Middle East, Indonesia and Vietnam valued at about $1.4 billion.