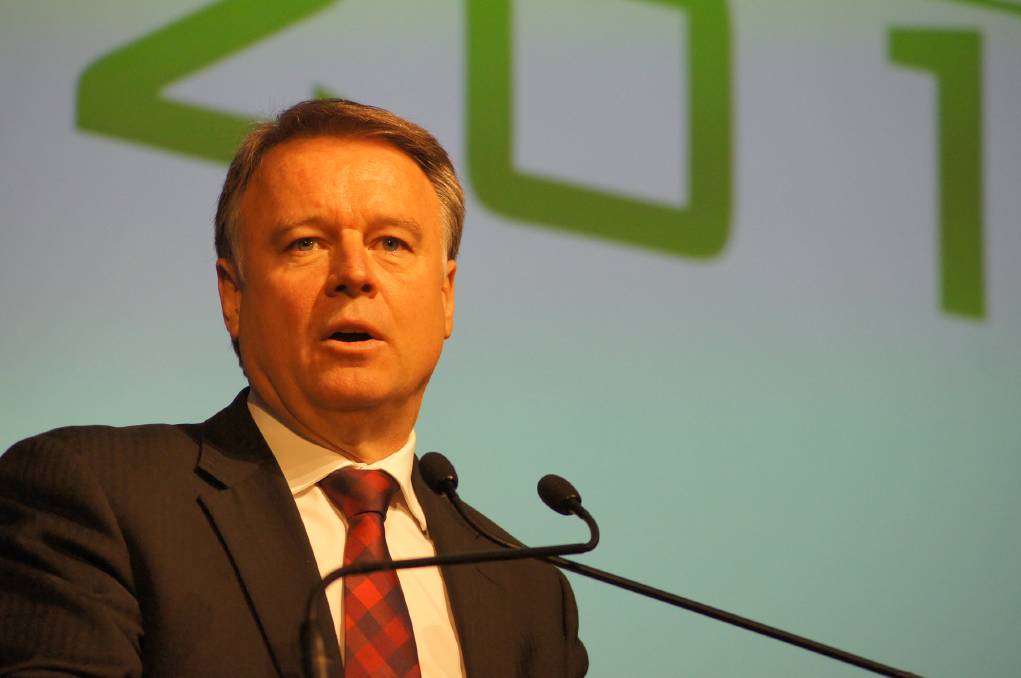 David Littleproud has rejected “absolutely false” claims made by Labor about farm biosecurity.

“Unfortunately having abolished the COAG committee for Agriculture Ministers, Barnaby Joyce only had its replacement – AgMin – meet on an ad-hoc basis and this is equating to once each year,” he said.

“In a demonstration of failed Commonwealth leadership, at last Friday’s AgMin meeting, consideration of the panel’s review was deferred until the next meeting, presumably 12 months away.

“From July 1, 2018, there will be no Intergovernmental Agreement on Biosecurity.

“The Turnbull government has again failed to show leadership or responsibility and has failed our farmers and consumers.”

But Mr Littleproud said the Intergovernmental Agreement on Biosecurity didn’t expire on that date and “it is absolutely false to suggest it does”.

He said the Agreement can only be ended by termination and it doesn’t expire.

“The Coalition government has already committed an additional $200 million in building a modern biosecurity system through the Agricultural Competitiveness White Paper.

Mr Fitzgibbon said the Australian government’s most critical responsibility in agriculture is biosecurity: “keeping us relatively pest and disease free and protecting our reputation as a provider of clean, green, high quality, safe food”.

But he said “alarmingly for farmers and consumers the Turnbull government has now officially put biosecurity reform on the never-never”.

“The former Labor government rewrote the old Quarantine Act - creating the new Biosecurity Act - and in 2012 struck an historic Intergovernmental Agreement with the States and Territories to ensure a modern and harmonised national approach,” he said.

“Ministers agreed in 2012 that the Intergovernmental Agreement should have a five year duration with a review undertaken in 2017.

“In July 2017, the Review Panel’s report and recommendations for change and improvement was delivered to Commonwealth and State Ministers.

“The Report made 42 recommendations aimed at strengthening Australia's biosecurity system over the next five to 10 years.

“Sadly, Barnaby Joyce – the Commonwealth Minister and Chair – did not attend the AgMin meeting.

“However, in a joint statement, Ministers said they would ‘work together to create a refreshed intergovernmental agreement to be agreed by mid-2018’.”

A report from a review of the nation’s biosecurity system was handed to state and federal Agriculture Ministers last year and made 42 reform recommendations.

It called for a legislated levy be implemented to raise funds in an ever-tightening political fiscal landscape, which would extend to farm commodity producers and be controlled by the federal Agriculture Minister.

The report said Australia’s biosecurity system was a “trade and economic asset” that underpinned $59 billion in agricultural production, $45b of agricultural exports and a $38b inbound tourism industry.

“Our national biosecurity system does not exist as a single physical or legal entity.”

But the report said the review had also confirmed that the challenges facing government stewardship of the national biosecurity system “continue to build”.

“Biosecurity risks are increasing due to increased global trade and travel, increased agricultural expansion and intensification, increased urbanisation close to farmlands, and other factors such as climate change,” it said.

“A tight fiscal environment for governments has placed significant pressure on biosecurity budgets and the ongoing capacity of jurisdictions to meet their biosecurity commitments.

“Governments are committed to addressing these issues, but the efforts of biosecurity agencies are hampered by eroding biosecurity budgets, declining and uneven capability and expertise across the jurisdictions, leadership churn (ministerial and executive), patchy coverage by formal institutions and a lack of codified practices.

“That said, the policy and practical challenges of melding nine jurisdictional biosecurity agendas into one national system are significant, but progress is being made.”

The review found that government appropriation funding had “generally been static or in decline” while externally sourced funds like cost-recovered funds and levies had been increasing.

It said governments had some options available to provide a more sustainable funding base, including reviewing their own cost-recovery arrangements and implementing new biosecurity levies - for example, on inbound shipping containers, inbound passengers and land-owners - to contribute further to funding the national system.

One of the report’s leading recommendations said all governments should review their current biosecurity expenditure with a view to redirecting funding to areas that provided the greatest return on investment to producers, industry and the community.

Another reform suggestion said the Australian government should enact legislation to implement a universal emergency response levy, with its activation for any particular industry group to be at the Agriculture Minister’s discretion.

“The legislation should provide the minister with discretion to set a positive levy rate to build an emergency response fund for an industry in advance of an incursion,” it said.

“The legislation should require that, for industries covered by an existing emergency response deed, the minister is to comply with the requirements of the relevant deed in making any decisions.”