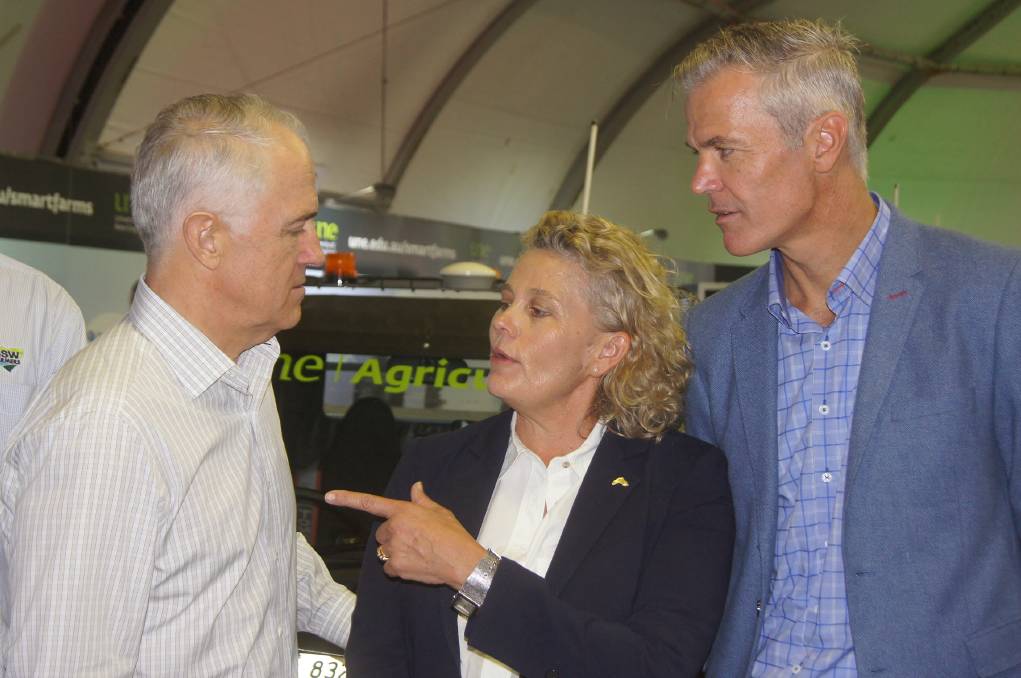 iona Simson has written to all federal parliamentarians urging them to remember Australia’s livestock export industry is recognised as a global leader.

NATIONAL Farmers' Federation President Fiona Simson has written to all federal parliamentarians urging them to remember Australia’s livestock export industry is recognised as a global leader and warning against a hasty trade ban.

A letter signed by Ms Simson and seen by Fairfax Agricultural Media comes as pressure intensifies on the live export trade following recent revelations of issues with heat stress on sheep shipments to the Middle East, were broadcast on television after being supplied to media by animal rights activists that want the industry terminated.

“The NFF and its members remain committed to the future of Australia’s live export trade that meets the world class animal welfare standards set by our livestock producers and all reasonable Australians,” Ms Simson’s letter says.

“Farmers value the trust of consumers and are committed to continuously improving the welfare of our animals.

“The NFF supports a multi-partisan approach to trade, food and livestock policy and has welcomed the collaborative and productive manner in which the federal government and the Opposition parties have to date worked.”

M Simson said the Australian livestock export industry was recognised as a global leader in the trade “for many reasons”.

“That leadership role carries a significant responsibility to drive improvement in international transport and markets - Australian farmers know we don’t meet that responsibility by stopping the trade,” she said.

“The circumstances leading to the images aired by 60 Minutes on April 8 are out of step with the expectations of the community, including the farming community.

“They were also inconsistent with the high animal welfare standards ordinarily upheld by exporters.”

Ms Simson said following the imagery being aired, the NFF and its members welcomed a ‘short, sharp’ review of the live sheep export industry, commissioned by Federal Agriculture and Water Resources Minister David Littleproud, to be undertaken by Dr Michael McCarthy.

She warned against a ban on trade to the Middle East region, as demanded by Opposition leader Bill Shorten and others.

“It is crucial that decisions made about the trade’s future are not made in haste and that due process is allowed to occur,” she said.

“The implications on farming family’s livelihoods, the regional communities and workers who rely on the industry could be disastrous and wide ranging - as we have seen with previous suspensions of the trade.

“All stakeholders in this industry have a duty of care to forge a path forward that stops the cruelty and retains the trade.

“We encourage all members of parliament to work with the farming community to ensure we continue to export our very high standards of welfare to the world through the review processes determined by Minister Littleproud.”

Deputy Prime Minister Michael McCormack said recently at his National Press Club address that live animal exporters were ‘very much on notice’ and any that transgressed on animal welfare rules in future should be stripped of their export licenses.

But he rejected calls for a snap ban on live exports as demanded by federal Labor, in response to the latest animal welfare controversy involving sheep shipments to the Middle East, from WA.

“Certainly the images, the footage from that ship of shame were disturbing - they were appalling for everybody who saw them,” the Nationals he said.

“(But) Only Australia has an export supply chain assurance system so that animal welfare from paddock to plate is looked at, is observed, is monitored.

“Should we give up the live animal trade, that trade will be filled by countries who do not place animal welfare first and foremost in their exporting, and that will be a great shame and a great detriment certainly to animal welfare standards around the world.

“I don't believe that we should ban the trade holus-bolus.”

Mr McCormack cited some examples to back his view, saying those critics who say a live export ban would have no impacts on domestic markets, “are wrong”.

“I know when the trade was shut down in June 2011, as a knee-jerk reaction to a television program by the Gillard government, the price of cattle at Wagga Wagga dropped because there was an irrational fear that all the long-haul cattle from Queensland was going to move into the southern markets,” he said.

“We are the only nation on earth with that supply chain export assurance system in place so that animal welfare is placed as a priority from farm-gate to plate and that is a good thing.”

The recent live exports controversy has ignited a range of typical but also unusual political reactions with the standout being NSW rural Liberal MP Sussan Ley contradicting Coalition policy to follow the Greens, in calling for an end to live exports starting with a phase-out on sheep.

But Ms Ley’s endorsed Labor opponent for the rural seat of Farrer Kieran Drabsch slammed Ms Lay and indicated he was in favour of live exports and backed the industry, but followed his party’s extreme calls for a trade ban.

In a media release outlining his position, Mr Drabsch said in response to a “foreseeable and preventable incident”, Ms Ley had responded with a “simplistic, knee-jerk ban”.

“A ban which highlights this government’s inability to manage and protect Australian jobs and industry through either negligence or incompetence,” he said while being critical of the Coalition’s record of regulating the trade since coming to government in late 2013.

“Her words of sympathy for farmers are no more than crocodile tears designed to divert our attention away from her cold hearted plan to intervene, like some Stalinistic bureaucrat, in harming an important rural industry.

“If her misguided intervention in Australia’s agriculture sector is successful in parliament she will cost her electorate around $200 million in economic activity and send hard working sheep farmers in Western Australia into financial ruin.

“When challenged on ABC News about the financial ruin and despair her ban would bring to countless farmers she flippantly argued that Western Australian sheep farmers had diversified portfolios and would only lose up to 20 per cent of their income.

“How out of touch has Susan Ley become that she thinks it’s okay to strip Australian farmers of 20pc of their income?”

Mr Drabsch said in light of the current failures in the live export trade to the Middle East, a proportionate and “reasonable response” was a temporary halt on exports until appropriate systems are put in place to ensure the proper treatment of animals as they are transferred overseas.

“The Australian government should provide a comprehensive financial package to protect our hard working farmers,” he said.

But in 2011 when the then Labor government reacted to animal welfare issues - again due to the broadcast of video footage provided to media by animal rights groups with an extreme agenda – it offered a compensation package to cattle producers impacted by a six month snap trade ban that was put in place to implement the Exporter Supply Chain Assurance System (ESCAS) that’s now a requirement for all export markets.

ESCAS has been cited by animal rights groups in other countries that export live animals as an example of a system that should be adopted to enhance welfare outcomes.

The tracking and traceability system has bolstered welfare results like the rate of pre-slaughter stunning escalating rapidly from 5 per cent prior to the Indonesian ban to about 95pc now – while also improving outcomes for non-Australian livestock.