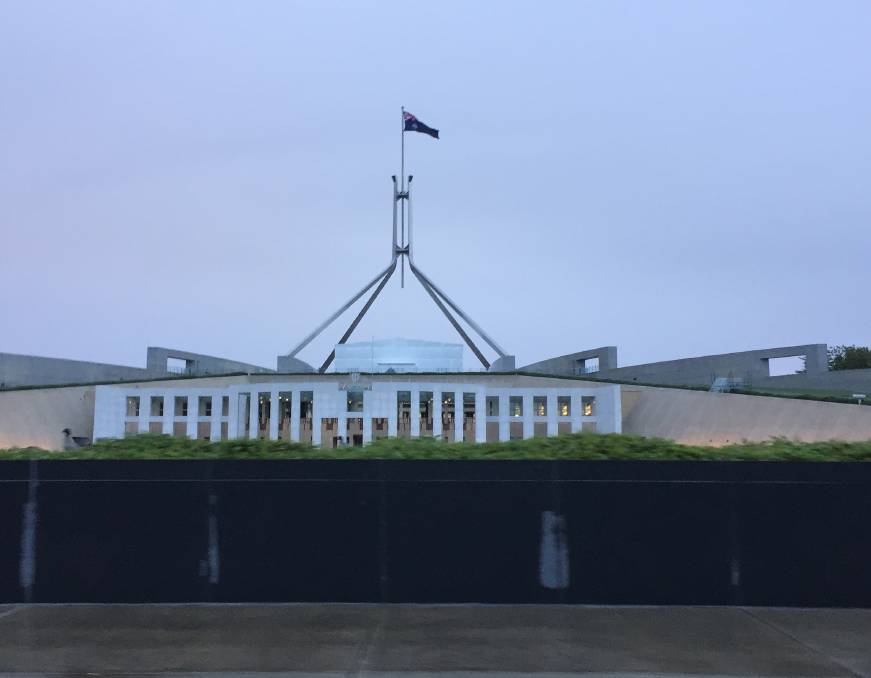 AFTER 12 years with Rural Press/Fairfax Agricultural Media, including seven and a half years in the federal Parliamentary Press Gallery, it’s time to sign-off.

AFTER 12 years with Rural Press/Fairfax Agricultural Media, including seven and a half years in the federal Parliamentary Press Gallery, it’s time to sign-off on journalism for now.

While some critics will claim all sorts of reasons to celebrate my departure, I make no apologies for reporting on the tough and critical truth of issues relating to Australian farmers and regional Australians.

Agriculture was in the title of my role and so making sure the concerns and interests of my audience were front and centre of every article I wrote or every question that I asked in seeking the facts, right up to the final moments of my final day, was as natural as the sun rising and setting each day.

But rather than dwell on those who had trouble getting their prevarications past my rural and farm focussed BS radar, whose agendas may just get a little easier now, I’d like to take this opportunity to say a sincere thanks (is there any other kind of gratitude) to all of the amazing people I’ve been fortunate enough to have met and shared the air with during my time working as a journalist.

Firstly, my Fairfax Agricultural Media colleagues have been a constant source of guidance and support and often inspiration throughout the past 12 years.

It’s impossible to thank everyone enough or individually (I’ll save that for a book), but I’d like to acknowledge and express gratitude to Trevor Emery at the Farm Weekly for giving me my first break and his ongoing encouragement and faith, which has allowed my career to develop.

It’s been a great privilege to work for a media organisation with farming and rural Australia in its blood, driven by reporters who work harder than anyone else and live and breathe the issues, which greatly informs their reporting skills and story-telling capacity.

Our support staff in other areas of the business like production and advertising are as critical as anyone else in the operation and I’d like to acknowledge them also, for their help and support along the way.

I'd like to say thanks to everyone in the Canberra Press Gallery who I've worked alongside since moving to the east coast from Perth seven and a half years ago - especially my colleagues in the Financial Review who I’ve shared an office with over the past couple of years.

Being able to share the same work-space as some of the best journalists in the country, reporting on some of the biggest political moments and issues this nation has ever seen - like removing Prime Ministers or the 2011 Indonesian live cattle ban - is an experience money can’t buy and something I'll never forget and always treasure.

To write about every character I’ve met and some of the moments shared over the journey would probably take a new series of Encyclopaedia Britannica.

And it would likely have sub-volumes with titles like, ‘Whatever happened to Jock Laurie and the Agribusiness Council of Australia’, ‘Why Wally Newman was probably right about CBH’, ‘Cricket conversations with Barnaby Joyce and Nick Xenophon’, ‘The real Lyn White’, ‘Why Greepeace wanted me sacked’ or ‘My Favourite Piggeries - with guest contributor Chris Delforce’.

But mostly, I’d like to thank every farmer and everyone involved in agriculture and agribusiness who have taken time out to share their views and opinions and provide their knowledge and comments and words of truth, which has ultimately been central to informing and guiding my reporting.

Some opened up their farms to me as a grains writer at the Farm Weekly to express their views on issues like tough and devastating droughts, CBH corporatisation, the AWB single desk, Genetically Modified crops, or even just to vent frustrations at Mother Nature’s lack of attention.

And in more recent times covering federal politics, I’ve been fortunate to come into contact with farm leaders of all persuasions from all over Australia and have respected and appreciated their willingness to take up the good fight – not always winning the battle but almost always prepared to have the fight, for those they represent.

I’ve enjoyed writing about federal politics as much as I have about agri-politics over the journey.

And now, rather than making some grand literary gesture summing up about my thoughts about life and the universe as it relates to farming, Greenpeace, Animals Australia and the future of Donald Trump, I’ll leave that to Bob Katter and his humbling media release (below).

3 May 2018:  KAP Leader and Federal Member for Kennedy has today farewelled Fairfax rural reporter, Colin Bettles, who moves on from his Fairfax  national rural affairs role based in Parliament House today.

Colin established the National Rural Press Club in Canberra and was its inaugural President.  Colin is known for his integrity and his ability to establish and keep relationships.  You always knew Colin would be honest, fair and do his research with his reporting.

“I think that Colin Bettles revolutionised the reporting on rural matters in Canberra and Australia,” said Mr Katter.

“Colin came in and he spoke at our level and with our sort of language. Colin brought a willingness to understand the problems and to report them without fear or favour.

“He will be a great loss,” said Mr Katter.