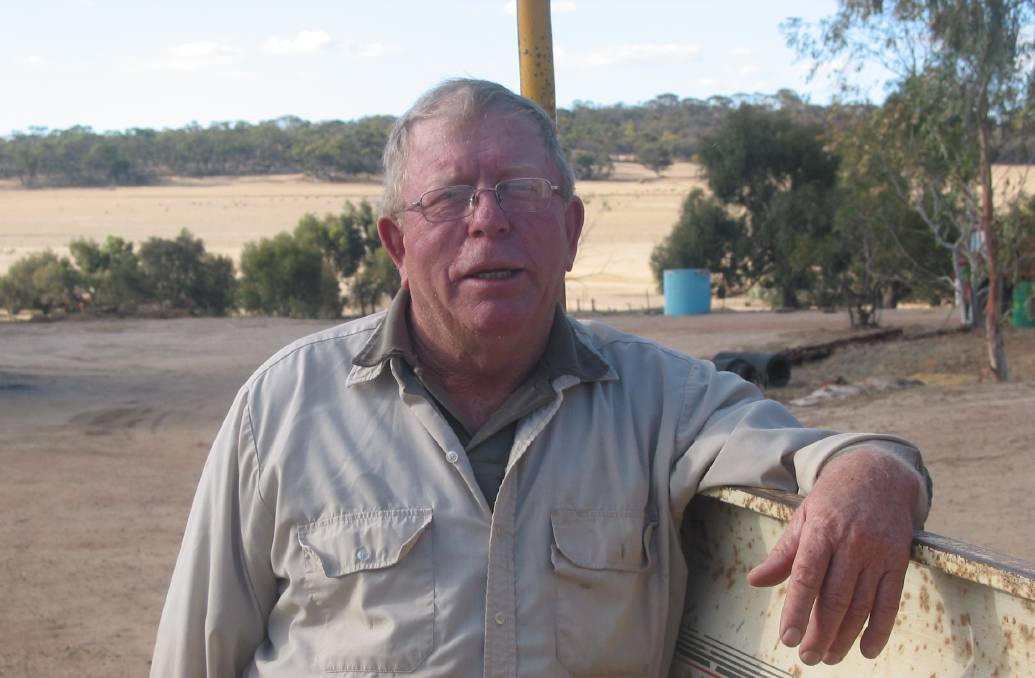 A prominent WA grain grower has warned WA's share of the Middle East grain trade could be impacted by a ban on live sheep exports.

WESTERN Australia’s shrinking share of the Middle East grain trade could be further hit by “backlash” retaliation for any suspension or banning of live sheep exports destined for markets there, a Pingelly farmer has warned.

Irrespective of whether it is a temporary shutdown for the northern hemisphere summer or a permanent ban, any interruption to live sheep exports from WA to the Middle East could have the same “flow-on” impact on WA’s grain trade, Ray Marshall warned this week.

“To me it (shutting down live exports to the Middle East) is an unacceptable risk to WA’s agriculture generally,” Mr Marshall said.

A member of the WA Grains Group (WAGG) executive, Mr Marshall said his concerns were not based just on raw numbers – Middle East markets needing less WA grain because they had less WA-sourced livestock to feed.

The biggest threat, he said, would come from deliberately destroying “customer faith” in WA’s supply chain certainty, and the impact of doing that might not be restricted to just the live sheep trade if it were suspended or banned.

“About 85 per cent of Australia’s live sheep exports to the Middle East come out of WA.

“If our Middle East customers can’t get what they want in livestock from us, then they will look somewhere else,” he said.

“I know Africa and Eastern Europe – Romania, for example – are possible sources and they’re much closer than us.

“And if they (Middle East customers) have to go elsewhere to buy live sheep – or cattle for that matter – why would they continue to buy grain from us?

“Why wouldn’t they go somewhere else for grain too?

“Our Middle East grain markets are already under threat from the Black Sea competition, we could be playing into their hands (shutting down live exports).”

Mr Marshall, a former WAFarmers’ grains section president who has also challenged for the district three seat on the CBH Group board in 2012, said “animal liberationists”, the Greens and other live export opponents “who live in the green and leafy suburbs of cities over east” were unaware of the potential broader risk to WA agriculture from their campaigns to end live trade.

New South Wales rural MP and farmer Susan Ley has been vocal about ending the live sheep trade to the Middle East.

Mr Marshall outlined his concern at the potential impact on grain exports in an email to some WA State and Federal MPs and other State and national grain grower representative groups last Sunday.

He urged Grain Producers Australia to raise the issue of a potential flow-on impact on WA grains with Minister Littleproud.

“In my discussions with growers in the West, the issue of the ramifications of this ban and the outcomes on Australia’s grain trade to the Middle East was of concern,” Mr Marshall said in his email.

“There is a significant grain trade to these countries and there is every possibility of a trade ‘backlash’ because we (Australia) cannot guarantee or be trusted as to continuity of supply of live sheep.

“They after all, are the customers and they will simply go somewhere else, to satisfy their requirements both with sheep and grain.

“I believe there is a danger here and this issue could have a serious impact on Australia’s Middle East grain trade,” he said.

On Monday Mr Marshall said speculation about the future of live sheep exports to the Middle East had already driven down sheep prices in WA.

“From our own experience on the farm here, all the talk about shutting down the (live export) trade already has the potential to cost us about $15,000 thank you very much,” he said.

Mr Marshall, who runs a 5000 ewe Merino flock plus a potential 2500 hectare barley and oats cropping program this year, said he sold most of his “aged dries” about a month ago for $122 a head.

“I’ve still got about 400 dries to get rid of, they’re in better condition than those that have already gone, but if we’d sold them last week the best we could have got for them was $90.”

Mr Marshall said “no farmer condones what happened last August” when 2400 sheep were reported to have died from heat stress on the livestock carrier Awassi Express bound for the Middle East.

But they wanted their market share of international trade and their reputation as reliable suppliers protected wherever possible, particularly this year when drought conditions were shaping to have a major impact both on cropping production and animal numbers, Mr Marshall said.

He also said opponents of live export were “misguided” if they thought an end to the trade in Australia would prevent future live trade animal suffering.

“If we don’t supply them, our Middle East customers will source them from somewhere else which may not have the same (animal welfare) standards as we do and we won’t have any say in it or the standards applied.

“Does the live trade opponents’ love of animals only extend to animals from Australia?” Mr Marshall said.

CBH Group’s marketing and trading division is Australia’s largest grain exporter, marketing about 25pc of the national grain crop and more than 46pc of WA’s grain crop in the year ending September 2017.

According to CBH’s annual report, 11pc, or about 1.03 million tonnes of its marketing and trading division’s 9.4 million tonnes of grain traded last season, went to the Middle East and Africa – CBH’s public statistics do not differentiate between the destinations.

CBH blamed competition from Black Sea region suppliers for the drop in grain exports to the Middle East and Africa.