Stewart Borg at home on his Sarina beef property in North Queensland with wife Sarah and their young family.

On a mission to build a viable and productive beef feedlot

ONLY a few farmers can lay claim to owning a piece of the Australian coastline – especially just off the Great Barrier Reef.

“We aren’t lucky enough to have a nice secluded beach or anything,” Mr Borg said when asked about farming on the east coast of Australia.

The Borgs’ coastal location has been a major consideration in their plans to incorporate an on-farm feedlot into their family beef business.

Feedlots are rare in North Queensland for a range of factors, including climate and proximity to major grain growing regions in the south of the State.

But as farming practices have improved and cropping belts have crept further north, a growing number of beef producers are looking at the economics of building their own feedlots.

We’re in a good location here - we can supply into the live export market as well as direct into central and southern meatworks. - Stewart Borg

Mr Borg first started researching the idea eight years ago and was successful in obtaining a licence for a 999-head facility in 2017.

That license was subject to a range of environmental approvals, given the proximity of the proposal to the Great Barrier Reef.

Now halfway through their earthworks program, Mr Borg’s research into lotfeeding in Northern Australia will be the subject of a 2018 Nuffield Scholarship.

He hopes the travel he undertakes as part of his scholarship, sponsored by Meat and Livestock Australia, will help him design and implement the best plan possible for a feedlot located in a tropical environment.

“I still have eight weeks of travel to go and I will be using that to directly study the beef feedlot industry in tropical environments similar to Northern Australia,” he said. 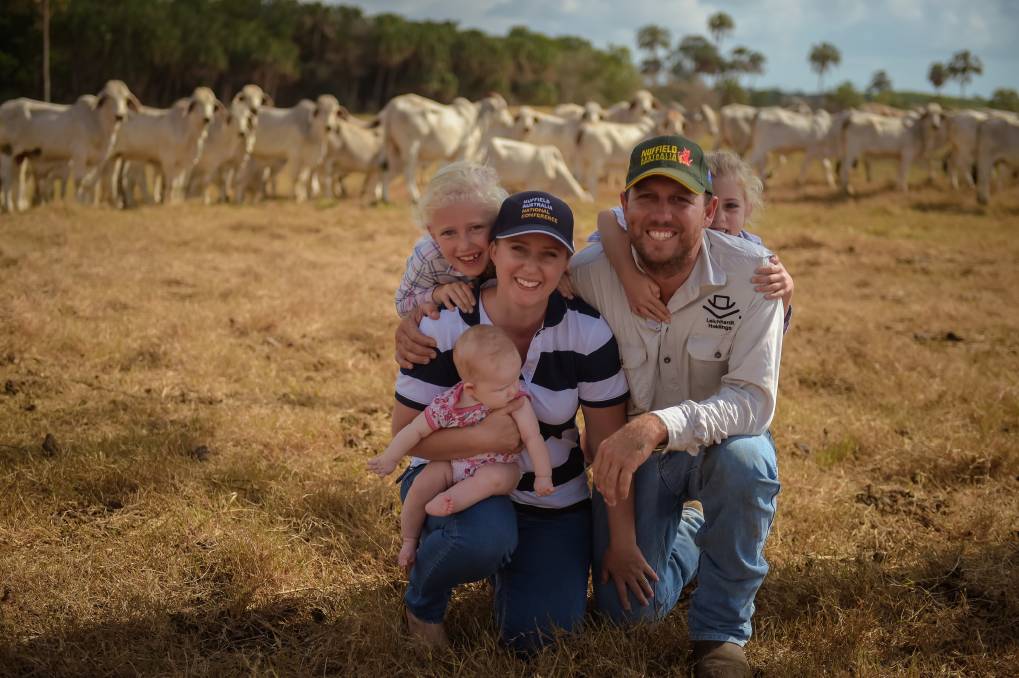 “I will be going to Indonesia and Vietnam and looking at the live export trade and then further afield to the US, Brazil, Argentina, Paraguay and Colombia.”

Mr Borg said he felt confident there were many lessons he could learn from the lotfeeding practices in countries such as Indonesia and Brazil.

“The entire live export trade is based on the feedlot industry in Indonesia which involves a million plus head of cattle a year,” he said.

“As the world continues to develop, it (lotfeeding) will become more common.”

Mr Borg said there was plenty of interest in the progress of his feedlot venture from producers beyond his boundary fence.

“I feel there are a lot of eyes on this project because if I can make it profitable and make it work it will probably be replicated across the northern beef industry,” he said.

The Borg family have owned Marklands, 12km south of Sarina, since 1991. Stewart and Sarah leased the property for nearly ten years before purchasing the property themselves in 2013. They have gradually added adjoining properties to establish an aggregation that now spans 2630ha.

The country is a mix of canelands, creek flats and pondage pastures running out to saltwater couch.

Just over 2000ha is used for beef production with the remaining 630ha used in a cane and forage crop rotation.

They also have a stud herd of 250 cows, registered under the Leichhardt Grey Brahman Stud name. Stud bulls are largely sold through the Big Country sale at Charters Towers or through private paddock sales.

The Borg family target both the live export market via the Port of Townsville or the domestic feeder market.

They aim to get their steers to weights of 400kg plus by 18-months.

“We’re lucky in this location that we can supply into both markets,” Mr Borg said.

“The lighter steers (around 350kg) generally go live export and the heavier ones stay locally mostly through private sales.” 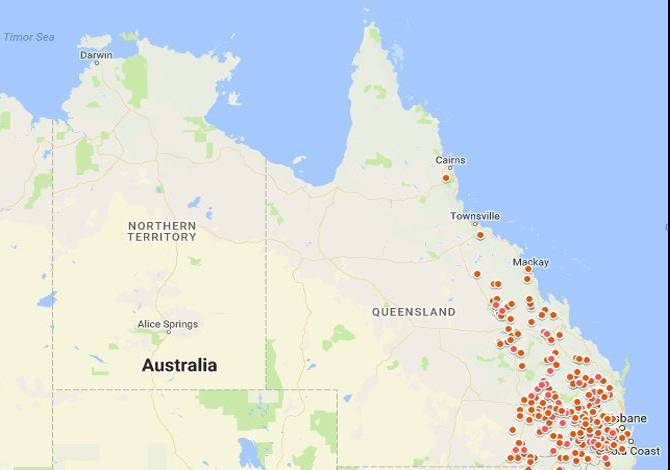 Mr Borg said the biggest challenge in establishing a feedlot in the north, was the increased infrastructure costs as compared to building a facility in the south.

The Borgs must factor in additional infrastructure such as shelter for stock during prolonged rainfall events.

“Because we are dealing with high heat, high rainfall and high humidity we must provide places for the cattle to shelter out of the rain,” he said.

“We are basically talking about sheds. These will also help us reduce the amount of sediment in the run-off water which is a major consideration given we are close to the Reef.”

As part of his efforts to minimise the impact on the local environment, Mr Borg has designed a sophisticated nutrient system for the feedlot.

He said the system was designed and developed with the assistance of several environmental consultants but was largely directed by the guidelines stipulated by Queensland’s State Development Department.

It will be used to fertigate fodder crops during dry periods.

Mr Borg has been testing water quality at both entry and exit points on the farm for the past four years to provide strong baseline data to monitor their progress on water quality once the feedlot is up and running.

“We’ve also been doing work monitoring fish species in the area as well,” he said.

“And a lot of pasture development work with both increased production and erosion control in mind.”

Cropping on the coast

The purchase of an adjoining 100ha cane farm in 2009 bought the Borgs into cane production.

At the time, strong sugar prices spurred them to develop more country for cane production but in more recent years, Mr Borg has been diversifying his cropping program with a range of fodder crops, currently used for silage and hay production.

Eventually that hay and silage will be used to supply the feedlot.

Mr Borg said above ground silage pits had been a bit of a novelty for the area.

“We have issues in our environment with silos with high humidity and keeping the moisture content down in the grain so we thought silage pits were a good option,” he said.

“We are pretty well the first in area to do it. There are quite a lot of grain crops and other silage bale type crops but not a lot in the way of pit silage.”

The Borgs are already growing soybeans as a grain crop, harvesting them this month.

“In the past we have done both forage sorghum and oats silage,” he said.

“We visualise going into both corn silage and corn grain.”

With a family that includes three young girls, Mr Borg said the building the feedlot was future proofing his business.

He believes being able to finish cattle will enable him to better forecast cash flow and reduce his reliance on seasonal events.

It’s also a way to maximise the value of his land.

“We are surrounded by cane farms and it is difficult for us to expand because the price of land exceeds the sort of returns you can get from a breeding operation,” he said.

“As land keeps increasing in value people will see the need to keep increasing their investments in their own farms rather than purchase more land.

“We’re in a good location here  – we can supply into the live export market as well as direct into central and southern meatworks.

“Plus we have the advantage of a good supply of northern cattle.

“It’s going to take us a couple of years to get up and running but I feel that it will be bigger than just us. Once we can prove it is viable and productive we can replicate what we have done.” 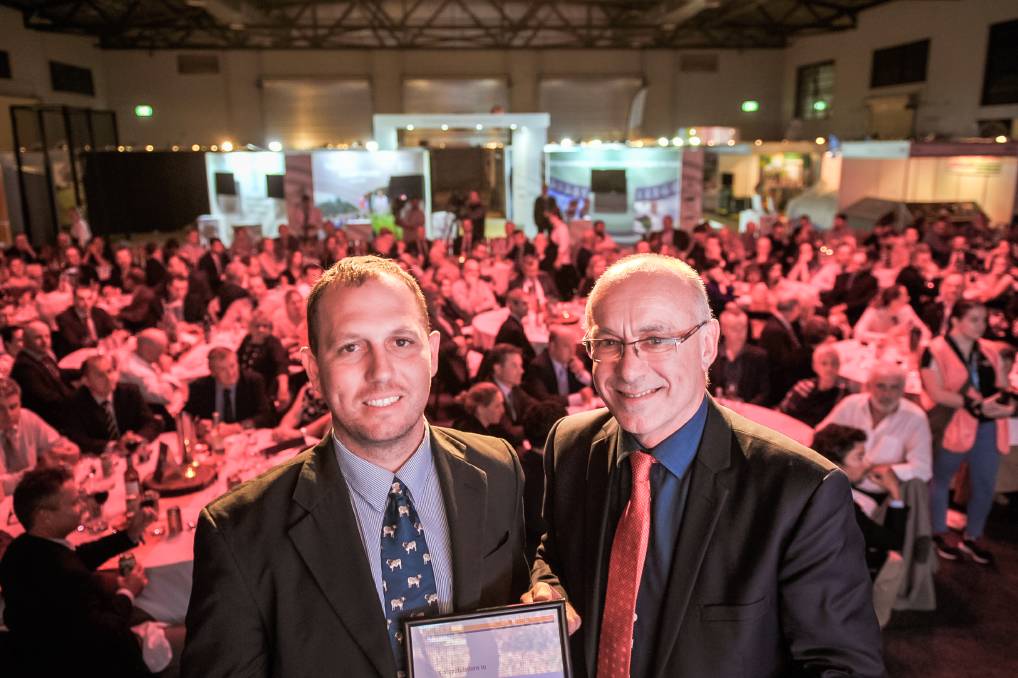 The award, aimed at recognising young, forward-thinking and high-achieving beef producers, aged between 21 and 35 years old, was presented at Beef Australia 2018, the nation’s largest beef expo, held every three years in Rockhampton in May.

Rabobank provides the winner with a scholarship to participate in its prestigious Farm Managers Program.