It's a two-way street, say industry leaders, but be careful. 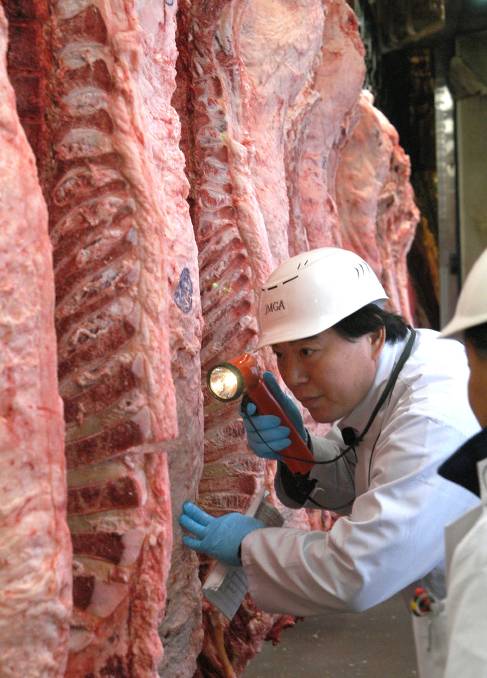 Bound for Australia? How much Japanese beef can we expect on our supermarket shelves, and will we buy it?

AUSTRALIA can not expect to close it doors to beef from other countries when free trade has been its warcry for so long.

This has been the response from industry leaders to news Japan now has a clear run of green lights to ship beef to Australia, with our Department of Agriculture today announcing it has approved the recommencement of chilled or frozen imports from Japan.

The department said the approval follows a comprehensive risk analysis that assessed the biosecurity and health risks associated with importing beef products from Japan and other countries, followed by an in-depth evaluation of Japan’s animal health status and export systems.

The risk analysis concluded imports from countries seeking entry or re-entry - the United States, Japan and the Netherlands - be permitted, subject to compliance with specified risk management measures.

New Zealand and Vanuatu, which have longstanding access for fresh beef, were included in the review to help ensure consistency with existing import policy.

Japan has been the only one to navigate its way through the following steps so far.

As soon as commercial relationships are nutted out and import permits granted, Japanese beef can hit our shelves.

Beef industry leaders and analysts believe it will be unlikely big volumes will flow from Japan any time soon, given the tough competition from Australian beef in terms of quality and value.

“For a country like ours that relies heavily on trade, this is a reality,” he said.

That doesn’t mean the industry does not have concerns and submissions from various peak representative bodies, including RMAC, to the review process were adamant comparable standards to what was required of Australia exporting beef be demanded.

RMAC’s submission also said the productivity of domestic beef producers at any point in the supply chain should not be impacted as the result of imported animal diseases and pests.

“We’re very conscious of what went on in the prawn industry,” Mr Mackay said, referring to the devastation a disease outbreak linked to imports wreaked on the local industry.

Beef export abattoirs seeking approval to consign beef to Australia had to be subject to risk-based reciprocal sanitary and phytosanitary inspection and auditing protocols no lower than those applied to Australian plants, industry groups said.

And country-of-origin labelling had to be strictly adhered to.

Mr Mackay said high end Wagyu was likely what Japan would look to send to Australia but it would only come in very small volumes.

“Keep in mind Japan is a massive importer of beef,” he said.

“Their population is stagnant and younger people are eating less high end Wagyu. Japan is exporting this product to Europe and is clearly looking for additional outlets.”

Some Australian exporters have suggested Japan’s interest in access to Australia is more about having the ability to say to other beef buyers around the world that it has satisfactorily met Australia’s high standards, thus paving the way for other doors to open.

“I’m not sure about that but what it does tell us is for any meat to come into Australia it will need to jump through significant hurdles,” Mr Mackay said.

“One of the problems people have with this concept is the countries looking for access to Australia’s beef market are typically heavily-subsidising their beef industries, so it is hardly a level playing field.

“That is certainly the case in Japan.”

Asked if Australians were likely to buy imported beef, Mr Mackay said we were buying substantial amounts of imported pork, and plenty of other products like French cheese for example.

However, it was unlikely imported beef would be cheap, he said.

“These countries will only be interested if the price is good,” he said.

Both the United States and Japan have sent beef to Australia in the days before their mad cow disease outbreaks and New Zealand is already exporting in small volumes, including ground beef for cafe chains and a Silver Fern labelled beef.