Bayer will be required to divest its seeds business, including a canola breeding centre in Horsham, as part of its purchase of Monsanto. 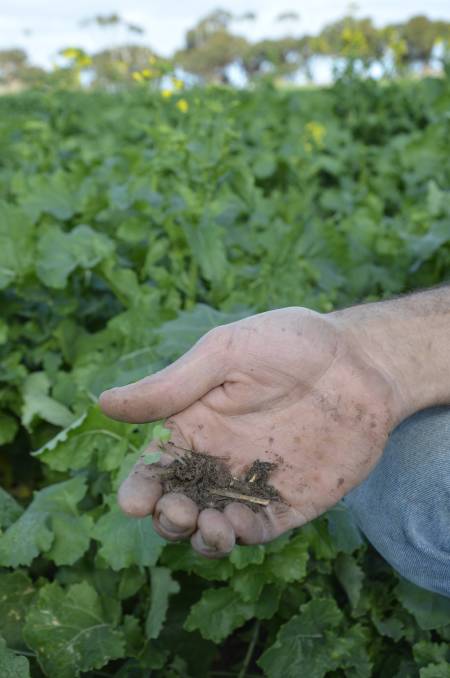 Bayer is expected to sell its seeds business, including a canola breeding centre in Horsham, Victoria, as part of its multi-billion dollar purchase of fellow agribusiness giant Monsanto.

THE MAJOR implication for Australian agriculture of the monster $A82 billion Bayer purchase of fellow biotechnology giant Monsanto is likely to be a change in ownership of Bayer’s seeds business.

Bayer needs to divest part of its global seeds and plant breeding business as part of European Union and United States competition requirements to get the Monsanto deal over the line.

One part of the seeds business is a state of the art breeding facility near Horsham in Victoria which opened to much fanfare in 2014.

There is already a buyer in place for the assets that need to be divested.

In April, fellow crop technology heavy hitter BASF announced it would buy a number of Bayer’s seed and crop protection that have to be sold for regulatory reasons.

The Horsham business, which currently focuses on canola breeding, is part of this deal.

It is not believed day to day breeding activities at the centre will be impacted by the sale.

Bayer announced this week it expects to have the Monsanto deal formalised on Thursday (June 7), marking the end of a painstaking two year acquisition process that began in May 2016, and involving gaining regulatory approval in 30 countries.

The deal has attracted some controversy internationally due to worries about the concentration of power with the new company to be a behemoth in both genetically modified crops and popular crop herbicides, such as glyphosate.

However, throughout the process Australian farming sector has largely not weighed into the debate, with the merger not throwing up any major losses of competition in either plant breeding or crop protection chemicals in the Australian landscape.

“There are obviously some concerns about reduced competition but on the flipside of that we will see some increased efficiency, so for us, we just want to see the efficiency gains outweighing any negatives from a loss of competition,” said National Farmers Federation vice president David Jochinke.

He said he did not see the BASF takeover of the Bayer breeding centre as a problem in itself, but said competition was necessary in the plant breeding space if Australian farmers were to get the best possible varieties.

“For competition we need some solid players, we also have to understand where Australia fits into the world breeding program, we want to make sure we get access to the best genetics for Aussie conditions,” Mr Jochinke said.

He said it would be a similar story in the crop protection / ag chemical space where the new Bayer juggernaut will be a dominant player.

“At present that is not a problem but it is a space we will continue to watch.”

On a global scale, the major talking point from the finalization of the deal is the news that Bayer will retire the Monsanto brand.

In a press conference on Monday Bayer chief executive Werner Baumann said the Monsanto name would no longer be used.

Monsanto has long been regarded as one of the most controversial agribusinesses in the world, attracting significant opposition due to its production of glyphosate, which some claim is causing cancer in humans and its development of genetically modified crops.

It is expected the BASF divestments will become official in the next two months.