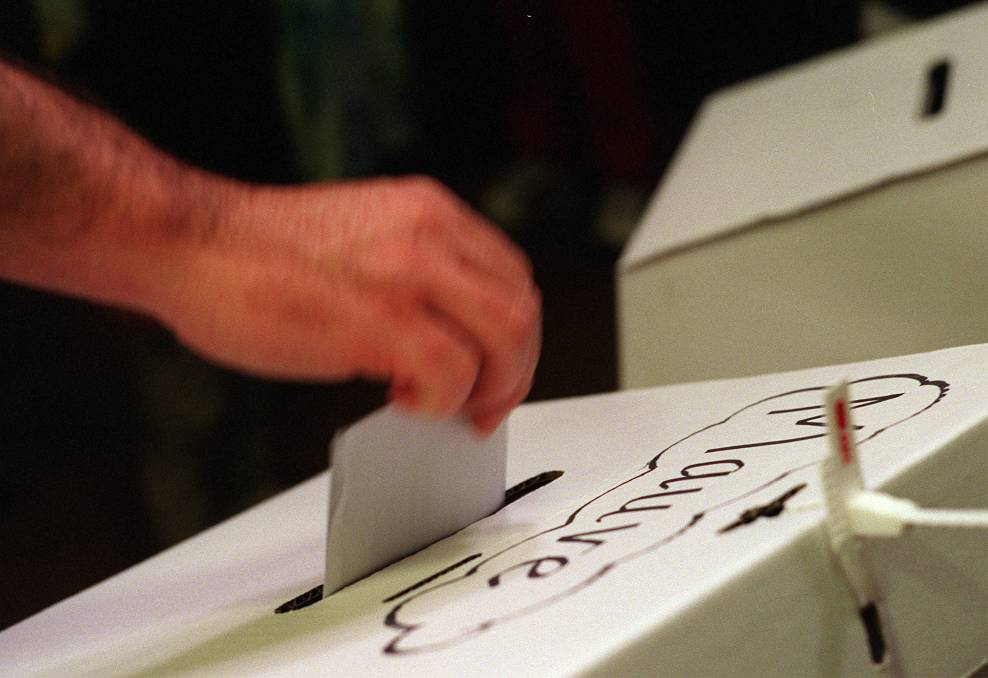 More than ever before we are likely hone in on a candidate’s personal traits when voting for politicians.

That’s according to political consultant Raphaella Kathryn Crosby, who says Australia’s regional voters highlight some of the starkest examples of the trend, particularly when it comes to the waning influence of political ideology.

She’s undertaking a PhD based on a comprehensive survey of personal voting motivations for people across the country, with her ultimate goal to “improve the policy conversation between politicians and voters”.

She may turn up some fascinating findings about politics in the bush.

A Grattan Institute study published in March found the minor party vote has shot up across the country in the past 15 years, and ski-jumped in regional areas.

Since 2004 the proportion of votes for minor parties has risen from under 10 per cent in inner-city areas to around 20pc.

That ratio grew to more than 30pc in outer metropolitan areas and even more in regional electorates - with the Bob Katter driving the trend to its apex by securing 45pc of votes in Kennedy.

“As one travels through outer suburbs and towns close to capitals, to more remote regions, the minor party vote becomes steadily larger,” said the report ‘A crisis of trust: The rise of protest politics in Australia’.

“There’s been so much change in Australian politics” Ms Crosby said “and we don't know much about why Australians vote they way they vote.”

A country kid from a farming family in New England, NSW Ms Crosby said major parties, particularly the Nationals, will increasingly be challenged by the prospect of minor party campaigns which tend to be driven by personality politics, centred on a charismatic leader.

“As far as I’m concerned no rural seat is safe. I’m tired of people saying that,” she said.

“It’s more prominent in rural areas that people tend to vote for personality over party or ideology.

“We see minor parties, and even in major ones, politicians with a strong vote tend to be those who are loved by local people. Look at Rebecca Sharkie and the slightly kooky Katter - it doesn’t really matter what the policies are.”

Ms Crosby wants people to sign up to take a survey to inform her PhD, with responses to be kept private uder the University of Technology ethical guidelines. To uncover the motivating factors for voters, respondents can respond with as much, or as little, detail as they like.

Following #NatConf18? Sign up to our study of how Australians decide who to vote for and help improve Australia's democracy. https://t.co/fGia1MQGTM#auspol#ausvotes

Communities are spread thin around our large rural electorates, and their disparate geography is reflected in their diverse concerns, but a candidate that gives voters the right personality cues can shine through.

“People talk in rural communities and you can build a candidacy quickly, it snowballs easily. Even an entrenched Nats candidate can be rolled,” Ms Crosby said.

“Rural voters want someone who will fight for them. You can’t be a politician that sits on the backbench and doesn’t do anything.

“When an independent candidate comes along that really understands the seat, and shows they’ll fight for it, they can convince a lot of people to vote for them.”

Another interesting issue which the survey may shed light on is the disconnect between regional community attitudes and social stereotypes.

Marriage reform showed just how wrong some of our assumptions can be, when every regional and rural electorate voted Yes in last year’s plebiscite.

“It’s generally thought that people in rural areas are conservative and they hold the same values as their politicians,” Ms Crosby said.

“Studies show rural people are actually progressive on social issues and climate change. Take refugees. Some rural communities are the most active in campaigning for refugees to come to their town. They have a different understanding of the issue.”

The Voter Choice Project survey can be completed online. Any registered Australian voter can sign up. Visit: www.voterchoice.com.au