Drought sucks. It is a tough road for growers impacted at present but they can take heart more grain is grown on less rain than ever before. 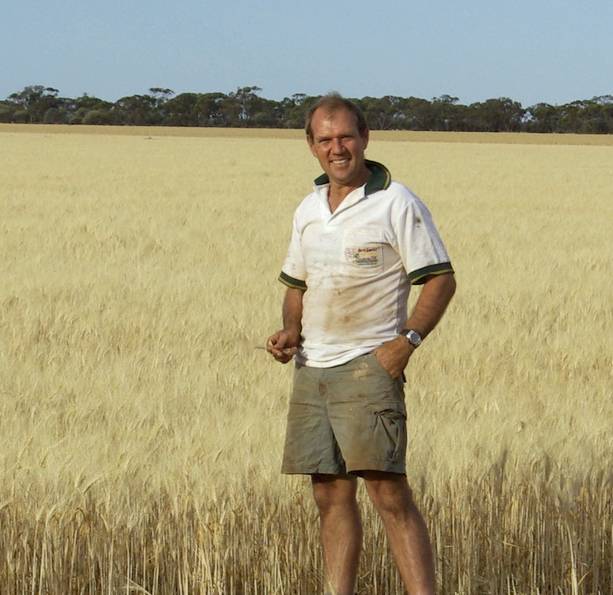 FARMERS would much prefer not to have to contend with drought, but the silver lining of Australia’s harsh climate is that our growers and grain breeders have made an artform of adapting to change and generating grain from minimal rainfall.

Faced with ever-declining growing season rainfall (GSR) during the Millennium Drought farmers made a series of changes to their cropping systems, including more stubble retention through no-till systems, which helps retain moisture and a push towards earlier planting dates to make the most of all available GSR.

Andrew Weidemann, chairman of Grain Producers Australia, said it was remarkable how crop production had evolved since the dark times of the 2006 drought.

“This year is a prime example, you have a look in my area in the Wimmera, we’ve one of the harshest sowing periods on record and you look at the crop establishment and it all looks pretty good.

“You then go through the records and have a look at some of the bad drought years and now we’d like to think we could probably grow some sort of a crop given the rainfall they had.”

“It is so long since we have had a serious national drought that we don’t have a good handle on how current varieties and farming systems will respond,” Mr Bartholomaeus said.

“Basically, it is a different situation to a decade ago.”

WA-based agronomist and advocate of no-till cropping systems Bill Crabtree said there had been several big changes in agronomic practice that had made Australian croppers more resilient.

“The big one is the ability to plant dry, which has been made possible through no-till,” Mr Crabtree said.

“It means you use all available rainfall, the first day in autumn you get 10mm you have the chance of getting your crop up – depending on soil type.”

“It doesn’t totally do away with fears of a ‘false break’ where crop germinates but then dies, but it goes close to it.

“I had a wheat crop which was planted on Anzac Day and emerged on 15mm of rainfall.

“There was then nothing until late June and some very hot May weather, the plants were blue and curled up, but when we got 30mm in late June it all came back.”

Simple seeding changes such as the addition of press wheels have also been a big positive according to Mr Crabtree.

“Press wheels help harvest moisture meaning you get the most out of every rain event.”

Retaining stubble has also been a big factor in terms of minimizing evaporation over summer and minimizing erosion he said.

It has not all been added production that has made farmers better insulated against climate risk.

“Growers have been able to cut their costs of production, you’ve got things such as in-crop application of fertiliser, in particular nitrogen, whereas formerly the majority went on upfront, meaning the money was spent even if the season looked bad,” Mr Crabtree said.

He said he felt advances had been led by agronomics rather than breeding.

“There have been a few good barley varieties but wheat has probably been a bit disappointing, it certainly hasn’t gone down the corn path in terms of varietal gains.”

He also nominated summer spraying as a key tool, especially in the south.

“In northern areas people have either been summer cropping or spraying for a long time, but for many years it was not a major priority in the Mediterranean climate cropping zones,” Mr Sounness said.

“Now people are aware of the extra moisture summer spraying can create for the following winter crop and do it religiously, it is a key part of cropping systems in low rainfall areas, especially with the trend towards more rain in the summer in recent years.”

Mr Weidemann said early sowing had been virtually all positive but said the only downside was increased frost risk.

However, he said farmers now were increasingly comfortable altering their plans and making hay from cereal crops initially designated for grain, thus reducing the risk of frost causing economic damage..