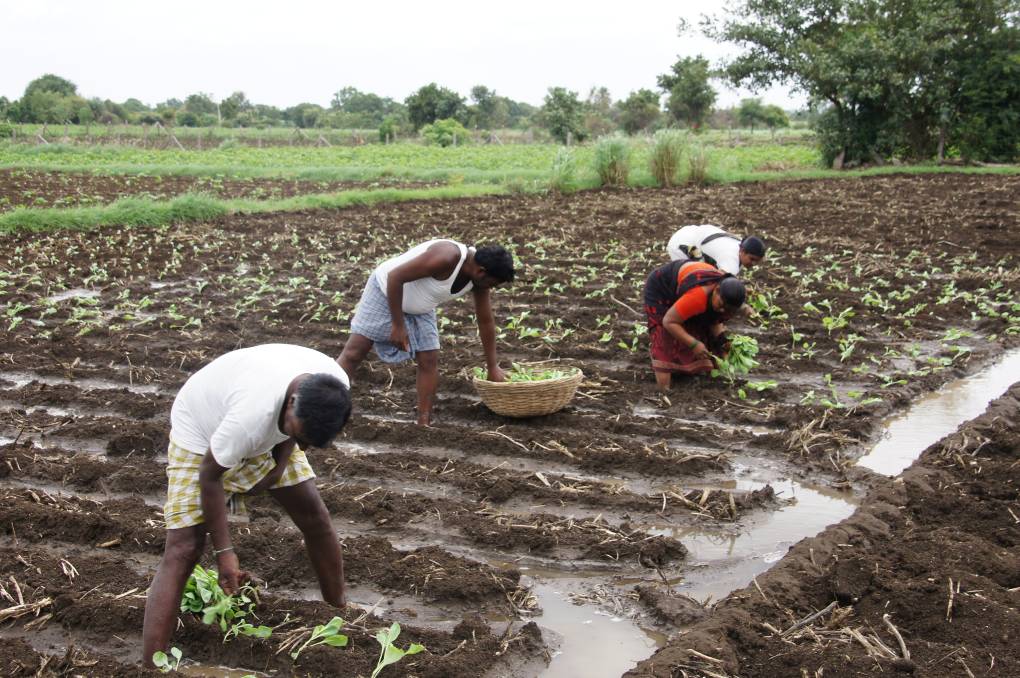 Trading away the right to impose tariffs on agricultural imports would be a controversial move for the Indian Government who are struggling with excessively high suicide rates among farmers.

It’s a tragic reminder of why Australia’s exporters should look to individual business opportunities, rather than tariff-busting international free trade agreements, to tap the immense opportunities in the subcontinent’s burgeoning economy.

The most recent annual statistics from the National Crime Records Bureau recorded more than 8000 farmer suicides and 4595 agricultural labourer suicides in 2015.

In the same year, then Trade Minister. Andrew Robb. said his top priority was to sign an FTA with India by 2016.

But progress stalled and there’s no sign Mr Robb’s successor Steve Ciobo is any closer to finalising negotiations.

Trading away the right to impose tariffs on agricultural imports would be a controversial move for the Indian Government.

Slugging foreign goods to make room for domestic product when there is a bumper local crop is a popular move, particularly with India’s vast rural voting block – even if it can take months for the tariff charges to flow through to market prices.

Australian chickpea growers, who had received up to $1000 a tonne for Indian exports while domestic production was down, felt the weight of this policy lever last year when India ratcheted up import duties to 60 per cent.

Profit margins are growing smaller as landholdings are divided among India’s growing population, which stands 1.3 billion.

Labour costs have shot up due to government support programs, in the form of public work schemes which provide an alternative to agriculture for for the traditional farm workforce.

The Agriculture Ministry reports more than 85pc of land holdings belong to farms in the small to marginal category with farms less than two hectares.

That means institutional finance is beyond the means of most farmers, who must turn to village money lenders for capital.

Then there’s the increasingly erratic monsoon which is playing havoc with traditional farming patterns.

All this is compounded by the fact that land is owned by men and when they suicide their landholdings pass to his side of the family, leaving his wife and children in debt but without the land asset.

However, seasonal variations and the vastness of its market dictates India will continue to create opportunities for Australia’s bulk commodities.

The Department of Foreign Affairs and Trade has released its Indian Economic Strategy to 2035, which said India’s share of global gross domestic product could be the same as the US in 17 years.

The strategy aims at trebling the Indian export market to $45 billion.

While Australian exporters are frequently put off by tariff and regulatory changes that can be swift and unpredictable in India, the opportunities warrant investment according to trade officials.

The Indian middle class is growing and has a preference for heavy red wines which Australian producers could tap into.

Rising affluence is expected to see the demand for fruit and vegetables to grow at five to seven per cent by 2025, while religious beliefs make sheepmeat the obvious protein preference.