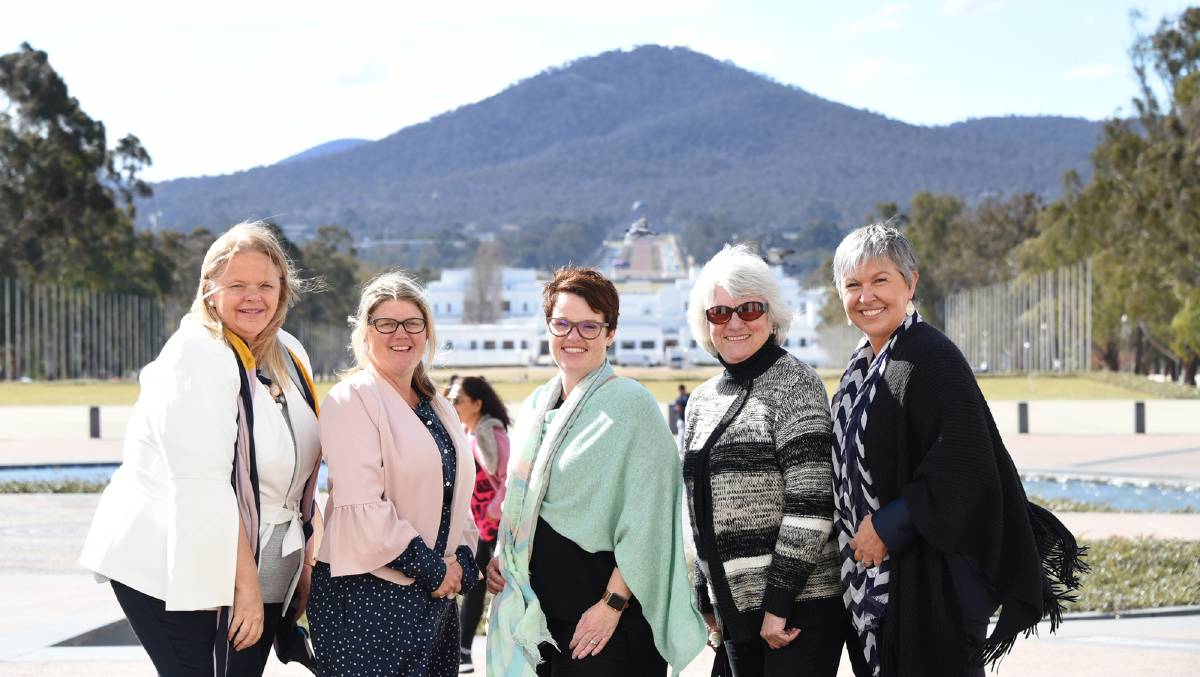 A GROUP of passionate bush advocates has arrived in Canberra to lobby for better internet and communications across rural, regional and remote Australia.

Better Internet for Rural Regional and Remote Australia (BIRRR) group is a not-for-profit advocacy group, well known for supporting internet users across Australia, with an 11,000 strong membership base.

This week, the group travelled to Canberra to participate in face-to-face meetings, with the aim of bringing regional and remote bush communication issues direct to the decision makers.

Topics to be discussed include bush broadband and voice service accessibility, reliability and affordability issues along with customer service guarantees, with both government and telecommunication stakeholders.

BIRRR, co-founder, Kristy Sparrow said the team will meet with nbn and Telstra regional teams to discuss ways to improve customer service and regional connections as well as representative from both sides of government.

“BIRRR will be seeking assurances from both sides of government that there will be a commitment to funding digital literacy services and independent communication advisory and support hubs for rural and remote Australia,” she said.

“We will be talking and presenting our research, but what we need from all stakeholders is action,” she said.

“The very reason for the creation of the BIRRR group was the lack of information and support for bush telecommunications.

“And our role has expanded because there continues to be a lack of independent advice, support and information in this space.

“The BIRRR team has given hundreds of volunteer hours over the past four years, troubleshooting and helping out with practical advice and tailored information for end-users.

“We have also spent endless hours working on submissions to various committees and undertaken multiple surveys across rural, regional and remote Australia.

“We have unintentionally ended up in these roles - we volunteered as advocates, not as information hub providers, data collectors or troubleshooters.”

Mrs Sparrow said the messages BIRRR shared with each stakeholder in Canberra today, and have presented previously to each committee through submissions, are consistent:

“BIRRR urges the government and telecommunication stakeholders to acknowledge that now is the time to be proactive and solve the telecommunications issues raised in these reports, with a serious commitment to actually begin bridging the digital divide, rather than watching it grow wider,” Mrs Sparrow said.

All are rural women who have dedicated their time and skills to ensure regional, rural and remote telecommunications issues are recognised and are resolved.

Mrs Sparrow said this was the first time BIRRR’s five founding members had all met face-to-face in the four years since the group was created, as they are geographically dispersed, with locations stretching from Charters Towers in North Queensland to Oberon in southern NSW.

Mrs Sparrow said the BIRRR team would like to acknowledge the incredible support of BIRRR’s 11,000 members, especially those who contributed to crowdfunding, including generous donations from Country Womens Association (CWA) of NSW that has supported rural telecommunications advocacy efforts over the past 24 months.