Talks with India on a free trade agreement remain stalled, with tensions over tariffs on grain imports a key sticking point. 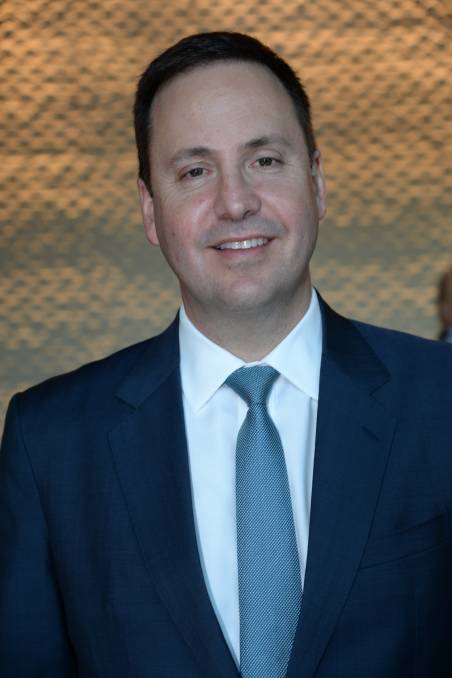 Minister for Trade Steve Ciobo says he has expressed Australia's disappointment with Indian tariffs on grain imports with his Indian counterpart.

MOVES to set up a bilateral trade agreement with India remain stalled, with the Minister for Trade Steve Ciobo expressing frustration over continued India tariffs on Australian grain exports.

At present India has a 50 per cent tariff on field pea imports, a 30pc tariff on chickpeas and lentils and a 20pc tariff on wheat.

Mr Ciobo he had highlighted the issue with his Indian counterpart, Minister for Commerce Suresh Prabhu.

“I’ve expressed Australia’s concerns in the clearest terms possible, these measures have had an adverse impact on Australian producers,” Mr Ciobo said.

He said that Indian farmers had nothing to fear from Aussie grain producers.

“The demand for food in India is going to outstrip supply,” he said.

He said Australia was well placed to meet that increased demand but said exporters would not make further investment in developing links with India until there was more certainty about the trading environment.

Mr Ciobo confirmed the Australian government was currently assessing whether it could take the matter to the World Trade Organisation.

"While some of these trade actions are within WTO rules, there are real doubts about other measures and we are working closely with industry and other affected trading partners to evaluate the prospects for a successful challenge."

In the interim, Mr Ciobo said Australia was looking to bolster trade with the world’s second most populous nation through other methods.

He said the government had recently commissioned a report, prepared by former diplomat Peter Varghese on how to build stronger economic ties with India.

Longer term, Mr Ciobo said a bilateral free trade agreement (FTA) was still the major goal, but said at present the positions of the two nations were too far apart, meaning negotiations have stalled.

However, he said discussions were ongoing and there was the possibility of negotiations for an FTA opening once again.