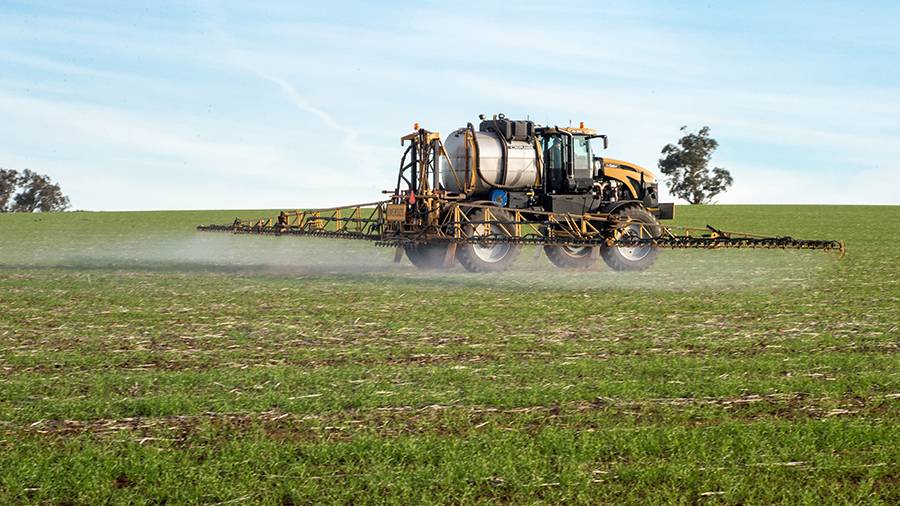 A decision by Brazil to ban the use of glyphosate will have major implications globally.

A Brazilian judge has handed down a shock decision to ban the use of the herbicide glyphosate until further safety testing is carried out.

THE INTERNATIONAL agriculture industry is frantically trying to work through the implications of a shock decision in Brazil to ban the use of the herbicide glyphosate.

It has been confirmed a Brazilian federal judge has banned the use of any crop protection product containing glyphosate until there are further toxicology tests conducted.

A full toxicity study for a herbicide product can take in the order of three to four years.

The decision has caught many by surprise, especially as ANVISA, the Brazilian regulatory body that plays a similar role to the Australian Pesticides and Veterinary Medicines Authority (APVMA) in Australia, currently has a position that glyphosate is safe for use, however under Brazilian law the judge is authorised to make such a decision.

Brazil has a voracious appetite for glyphosate.

It is on track to be the world’s largest producer of soybeans this year with the US Department of Agriculture this month forecasting a crop of 118 million tonnes.

Of that, it is estimated that over 85 per cent of the soybeans planted are genetically modified and feature Monsanto’s Roundup Ready trait, meaning glyphosate can be applied in crop.

Latin America as a whole is now the world’s largest market for glyphosate, meaning the Brazilian decision will have seismic implications for the crop protection sector.

It has been reported by Reuters that the Brazilian crop protection sector has already launched an appeal against the decision, which also applies to the insecticide abamectin and the fungicide thiram.

The ban is based over concerns regarding glyphosate’s safety to humans, in particular a potential link between the herbicide and the cancer non Hodgkin lymphoma.

Monsanto has come out against the decision.

“In evaluations spanning four decades, the overwhelming conclusion of experts worldwide – including ANVISA, national regulatory authorities in the U.S., Europe, Canada, Japan, Australia and other countries, as well as international science and health organizations – has been that glyphosate can be used safely,” Ms Buckland said.

She said glyphosate was critical for Brazilian farmers.

“Glyphosate is a vital tool for Brazilian agriculture. For more than 40 years, Brazilian farmers and other users have depended on glyphosate-based products to help them control weeds.”

The Brazil decision comes just months after the European Union came within a hair’s breadth of banning glyphosate.

It has been an annus horribilis for manufacturers of the herbicide as there is also a high profile court case in California where a groundskeeper is seeking damages from Monsanto after developing cancer, which he claims was caused by exposure to glyphosate.

The Brazilian decision will come into effect within 30 days.