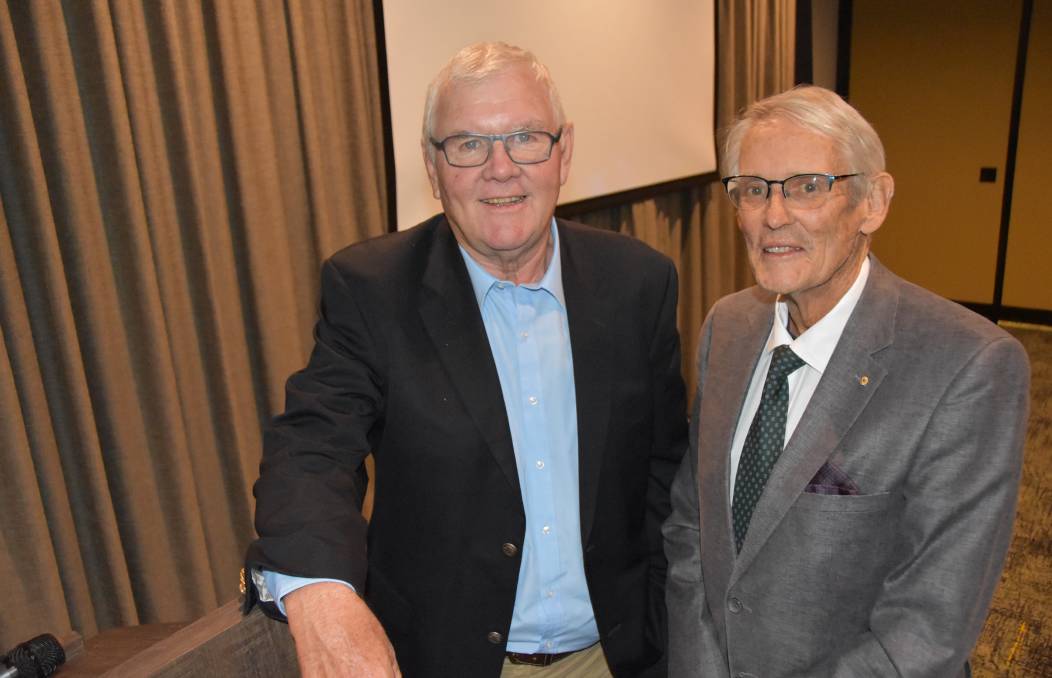 Consultant Don Nicol on where beef breeding has gone wrong.

AGAINST a backdrop of cutting edge science such as genomics and breeding jargon like single step evaluations, one simple challenge dominates beef improvement in Australia at the moment.

That is finding a way to better get the estimated breeding value (EBV) message to the commercial producer so he or she buys better bulls.

In a fascinating account of the past 40 years of Australia’s beef breeding industry presented at a mini conference in Brisbane run by the Australian Registered Cattle Breeders Association last week, leading consultant Don Nicol delivered that key message.

He said the challenge for the future in beef breeding was to come up with simple language to bring every commercial bull buyer into the EBV fold.

“We don’t need them dancing the single step, or talking about snips (single nucleotide polymorphisms),” he said.

Mr Average Commercial Producer goes to a bull sale just one or two days a year, he said.

“He gets there late, grabs a sanga from the CWA and then wanders over to an agent and says ‘can you put me onto two or three bulls?’

“Some even have a policy of not bidding until they see a friend bid.

“We need to get this Mr Average looking at the EBVs.”

Mr Nicol said in Brazil, where the main breed Nelore has four different genetic evaluations compared to our one Breedplan, EBVs were presented in deciles.

So a buyer can easily identify a bull as being in, say, the top ten per cent for weaning weight, if that is what he is chasing.

“We have to look at those kind of simple systems so producers don’t have to know what the average for the breed in a particular trait is, they can just access information that a certain bull is in a certain ballpark for a trait,” Mr Nicol said.

There were a number of other pertinent messages in Mr Nicol’s talk, such as the need to apply ourselves much harder to the amount of data we are collecting.

“We have imported a lot of our genetic improvement from overseas we want to export it in the future,” he said. Cattle consultant Don Nicol gave an entertaining overview of his observations from 40 years in beef improvement at an industry event coinciding with the Royal Queensland Show last week.

CATTLE consultant Don Nicol says there is a need for much stronger usage of artificial breeding and reproductive technologies if we are to capitalise on the DNA tools coming on.

“With fixed time AI, and a $5000 cover bull, genetic progress will race ahead.”

Mr Nicol cut his teeth on large-scale cattle production on a Vestey’s ranch in Venezuela; next stop was as a beef cattle adviser for the Queensland government in Bundaberg and then he  moved to Armidale to be the national co-ordinator of the National Beef Recording Scheme, playing a big role in the launch of Breedplan.

There were some pretty big hurdles to getting the genetic evaluation system off the ground and Mr Nicol’s tales from his first hand experiences made for great entertainment.

The first was convincing scientists not to call the whole thing BLUP (Best Linear Unbiased Prediction), then it was off to Canberra to meet with the Cattle Council to lobby for industry money to kick it off.

“The chairman said it’s not needed, any cattleman worth his salt can look at a newborn calf and tell you if it’s any good or not,” Mr Nicol said.

“Luckily the people around him didn’t agree and in 1985 we launched Breedplan at a major Angus bull sale in NSW.

“I spoke before the sale and as I left the rostrum the gun auctioneer said this will never catch on.

“Ironically, 20 years later I was at a bull sale where that same auctioneer was full of advice to ‘look at the EBV spread’ in the bulls he was selling.”

Breedplan’s instigators even had to deal with a prominent geneticist advocating a moratorium on selection for growth rate on the basis it would make the mature size in cows  go up and the efficiency of animals would be no better.

“Of course, we moved on to get fertility, carcase and other traits and over time that has delivered tremendous advancement,” Mr Nicol said.

Heat resistance would be the trait of the future, he said.

“We need more resilience in our cattle,” he said.

Mr Nicol said the success of a breed was “totally related to the passion and drive of the people in its breed society.”

And breeds could ill afford to take their place in the market for granted “because external shocks and trends continually change things.”

At the time Breedplan was launched, the Murray Grey breed registered more cattle than Angus and Hereford was “king of the road”.

“Change happened because we took a track towards meat quality - that was a huge opportunity for Angus but an even bigger opportunity for Shorthorn which had slightly better marbling,” Mr Nicol said.

“However, their breed society didn’t move quickly enough while Angus was ahead of times - they were driven by performance and had a sire reference scheme in place.”