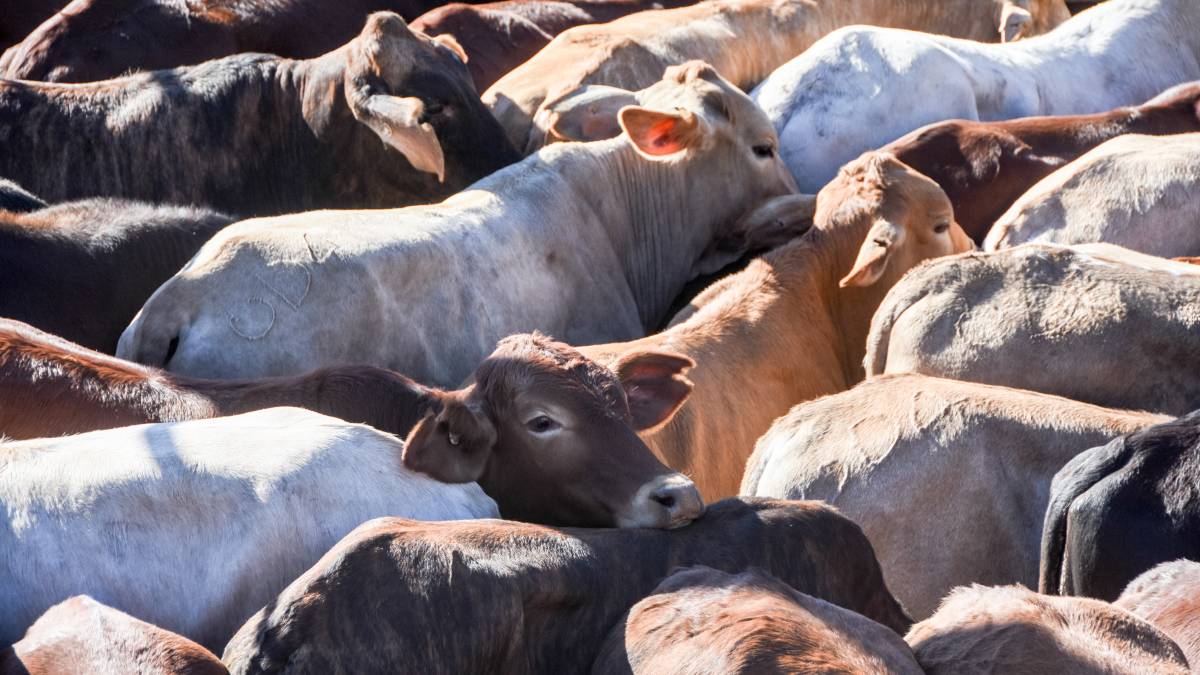 Mecardo analyst, Matt Dalgleish says the market outlook isn’t that dissimilar to the dry spring of 2002.

In May it was calculated that improved rainfall conditions could see the EYCI gain towards the 520¢ region, while a continuation of the dry would pressure it towards 470¢.

As it happened both outcomes occurred.

June 2018 saw relatively normal rainfall recorded and the EYCI responded by testing toward 520¢ (516¢ was the high on July 7th) but a return to below average rainfalls across nearly all of NSW during July put the pressure back on young cattle prices to see it slide under 470¢ late last week.

The release of the BOM rainfall outlook for August, pointing to the potential of a very dry finish to winter and into spring, has added to the headwinds facing young cattle prices.

The range and severity of the forecast rainfall shortage expected for August this season isn’t that dissimilar to the dry spring of 2002. 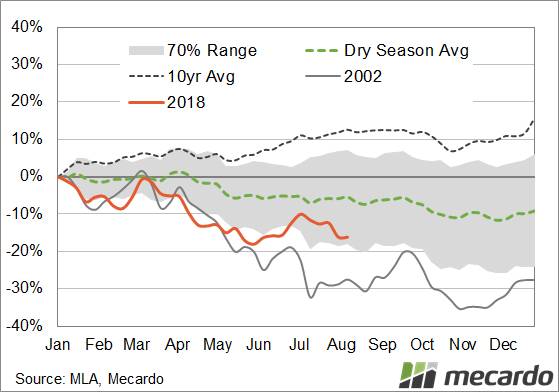 Both seasons in 2002 saw an unusually dry autumn/winter period.

In September of 2002, some spring rains breathed life into the EYCI with prices staging a 15 per cent lift, but a return to severe dry conditions in October saw the EYCI give back all the gains plus some, dropping 18pc into the middle of November.

The recent weakness in the EYCI may already be the beginning of the downside pressure as the dry continues to play havoc on cattle producers.

Extrapolating the magnitude of the October 2002 drop onto the July EYCI peak puts the EYCI at the 425¢ level into early spring.