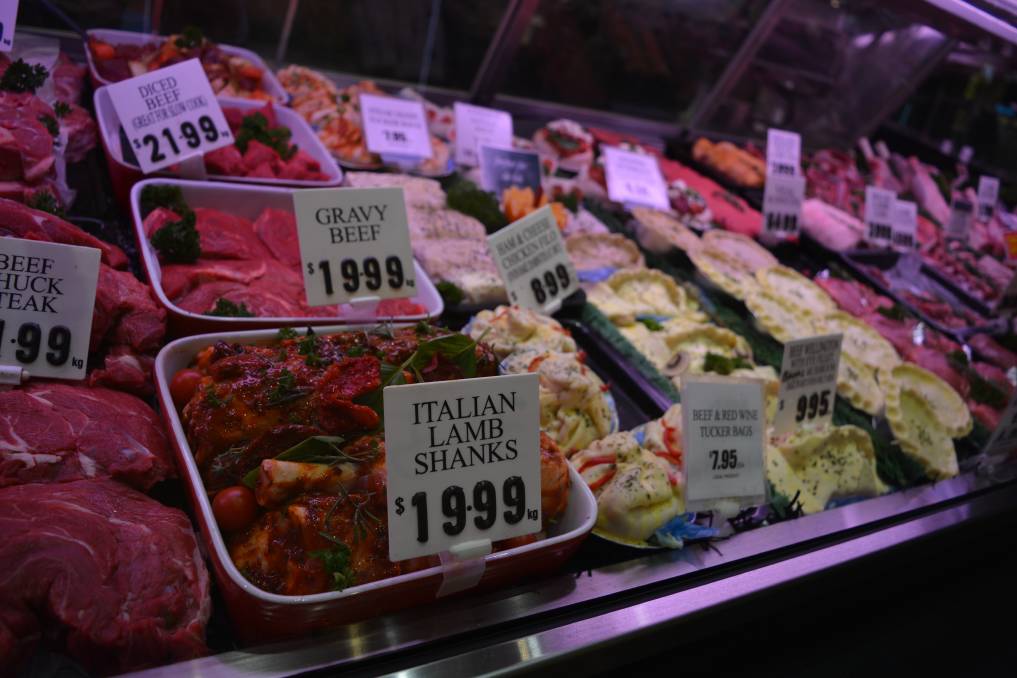 Despite times when cattle prices at the saleyard are trading at a significant discount to lamb, the discount never translates to cheaper beef than lamb in the supermarket.

BEEF and lamb are both favoured by Australian consumers, however, the saleyard and the retail meat prices show curious differentials.

The ESTLI has reached beyond the 830¢/kg cwt level recently, while the EYCI continues to languish, staging a drift towards a three year low in the mid 400¢/kg cwt range.

The contrasting behaviour of these saleyard lamb and cattle price indicators has pushed the percentage spread differential between the EYCI and the ESTLI to a 45.7 per cent discount.

That is, at the saleyard, young cattle on the east coast are currently trading 46pc below trade lamb on a carcass weight basis (Figure 1). 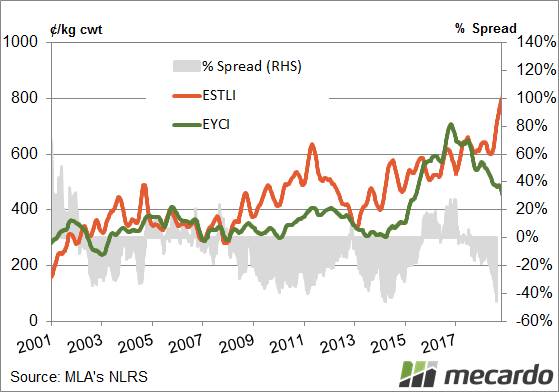 FIGURE 1: EYCI vs ESTLI. The historical trend in the percentage spread between the EYCI and the ESTLI highlights that it is not uncommon to see young cattle prices run at a discount to trade lamb at the saleyard. Since 2001 the average EYCI to ESTLI spread sits at a discount of 10.5pc

There are times when young cattle prices achieve a premium to trade lamb.

In fact, since 2001 the EYCI to ESTLI spread has spent 70pc of the time fluctuating between a discount of 29pc to a premium of 8pc.

The current EYCI to ESTLI percentage spread shows that the 45.7pc discount is nearing historically low levels, with the most recent widening of the discount spread at 46.2pc occurring during March of 2014.

Movements below a discount of 47pc or above a premium of 26pc would be considered extreme.

Interestingly, the percentage spread analysis of the average quarterly retail price of lamb and beef, as reported by the Australian Bureau of Statistics, demonstrates that since 2001 beef commands a spread premium over lamb and has never traded at a spread discount (Figure 2). 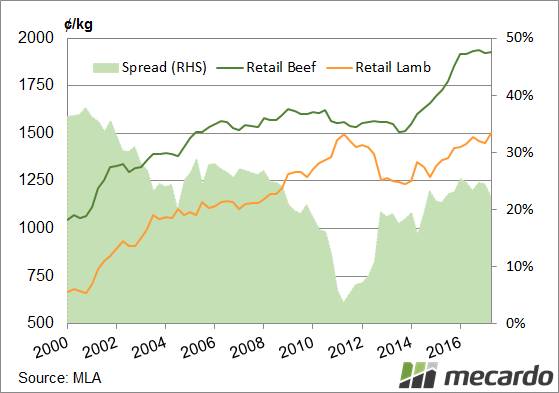 Figure 2: Retail meat prices. At a retail level, the beef to lamb percentage spread has averaged a 30pc premium over the 2011 to 2018 period. Despite lower cattle prices and strong lamb prices the current beef premium is in line with recent levels.

The narrowest the retail beef to lamb spread has been was a 4pc premium, which occurred during the June quarter of 2011.

At this time saleyard young cattle prices were running at a 31pc discount to trade lamb.

During March of 2014 when the saleyard discount between beef and lamb prices were at their widest point, at a 46.2pc spread, the retail spread of beef to lamb was at a comfortable 24pc premium.

At a retail level, this reinforces how much we love our beef.

Despite times when cattle prices at the saleyard are trading at a significant discount to lamb, the discount never translates to cheaper beef than lamb (across the average price of cuts).

During the 2017 season, Australians consumed 26.4kg of beef compared to 8.6kg of lamb on a per capita basis.

Domestic demand for beef is three times that of lamb and is the likely reason retailers can continue to demand a premium for beef over lamb, despite paying more for lamb than beef at the saleyard.