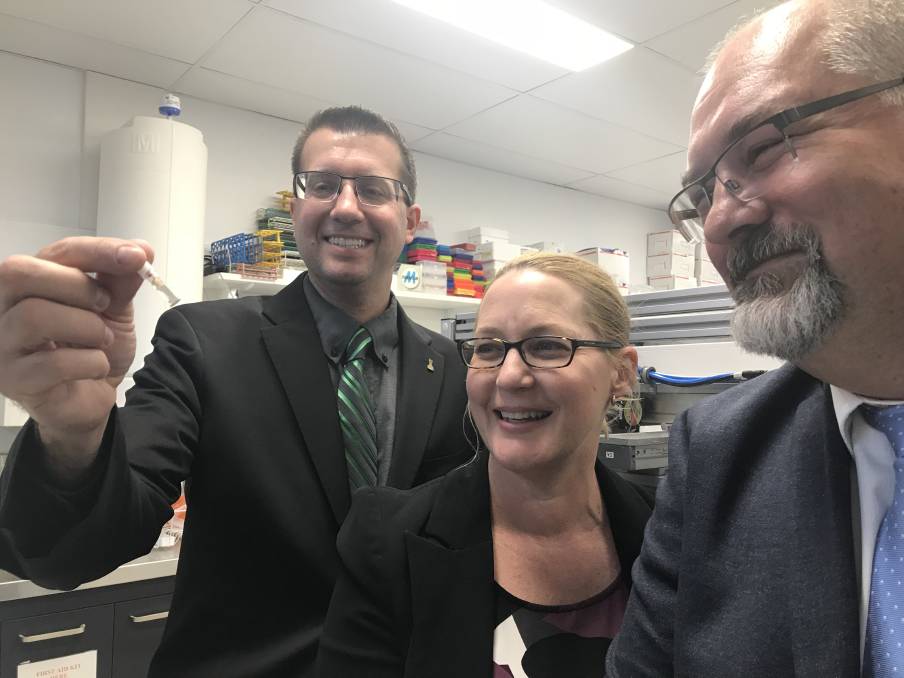 The new labs feature high-end genomic analysis tools and robotic processing capable of handling more than 500,000 samples each year to support the Australian beef cattle, sheep, dairy and companion animal industries, with other species added in the future.

Neogen Corporation Vice President of Corporate Development, Dr Jason Lilly, said today’s opening was a major milestone for Australian livestock industries as they seek to accelerate the rate of improvement in the performance of their breeding stock, leading to enhanced animal management.

Neogen Corporation, a publicly listed food and animal safety company based in the United States, is the parent company of Neogen Australasia, as well as GeneSeek, Inc., the world’s largest animal genomics laboratory, based in Lincoln Nebraska.

“We have built on the long tradition of quality genomic research here at The University of Queensland and as a result Neogen is now Australia’s leading provider of genomic testing of cattle and sheep.

“But more importantly, as Australian farmers increasingly embrace DNA-based technologies in their breeding programs, Neogen Australasia is the only local genomic testing facility, which will ensure the highest quality data delivered with rapid turnaround times, at fair prices.”

The state-of-the-art genomic laboratories are located at UQ’s Gatton campus, and employs more than 30 local staff, half of whom previously worked for UQ’s former Animal Genetics Laboratory (AGL). AGL acted as a research and industry service facility prior to Neogen’s 2017 decision to invest in a long-term commercial operation at the site.

“The great thing about genomics is that DNA doesn’t lie. Genomic testing allows animal breeders to make better informed decisions and improve the productivity and profitability of their businesses by accessing more precise information earlier in an animal’s lifecycle, saving producers money.

“And we will be able to continue to provide the latest in DNA testing and bioinformatic tools to producers here in Australia thanks to the support we receive from Neogen’s global network of research and testing facilities, headquartered in Nebraska, USA, with additional laboratories in the United Kingdom and Brazil.”

The opening event was attended by more than 100 livestock producers and industry leaders, with presentations on the power of genomic testing and its future directions delivered by expert guest speakers from The University of Queensland, the University of New England, the Sheep CRC, CSIRO and Meat and Livestock Australia.