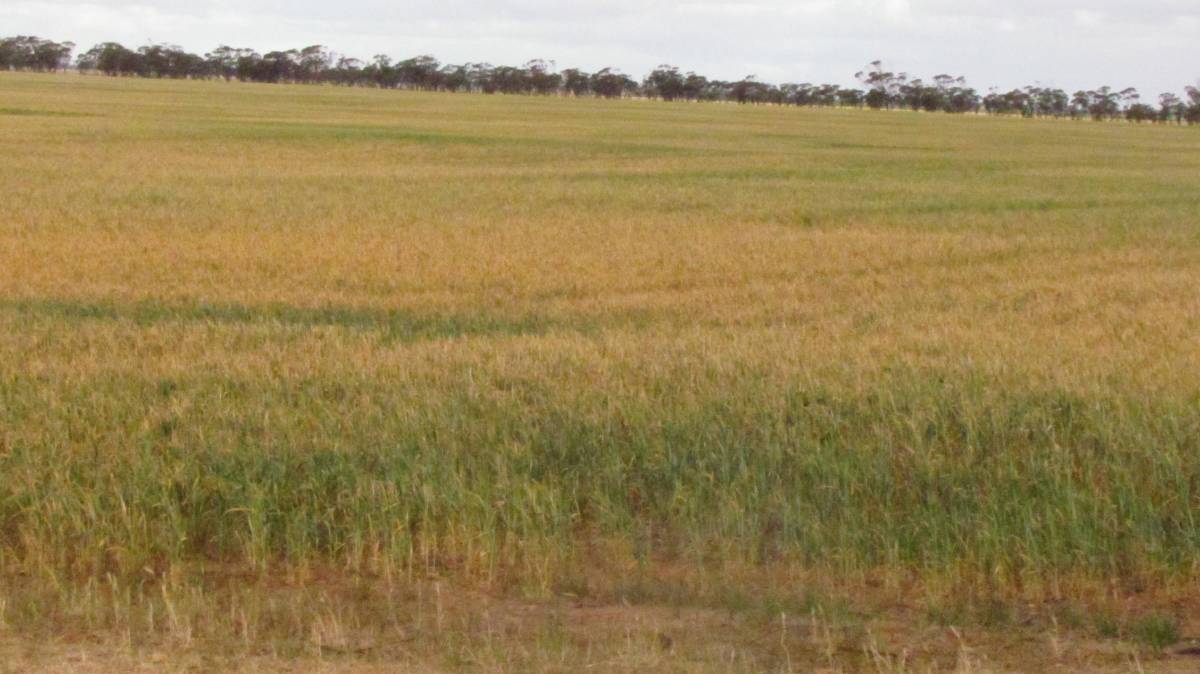 Crop prospects in the Victorian Mallee are fading fast.

Western Australia is enjoying a strong season but it is not enough to lift national production up to long term averages.

A BOOMING year in Western Australia is not enough to compensate for the woes in the eastern states, with ABARES, the national crop forecaster, slashing 12 per cent off its estimated total winter grain production since its June report to come up with a number of 33.2 million tonnes.

Private forecasters are also broadly in line with numbers in this range.

The ABARES number for wheat is 19.1m tonnes, slightly below the forecast from Australian Crop Forecasters (ACF) of 19.5m tonnes.

He said Queensland and NSW production were likely to be just 9pc and 12pc respectively above the lowest production of the past 20 years.

However, he said the favourable year in Western Australia meant a true national dearth of grain was not likely, with total production just 9pc below the 20 year average.

“While crop prospects fell over winter in many cropping regions, national winter crop production is expected to be significantly higher than previous years when all cropping regions were drought affected,” Dr Hatfield-Dodds said.

James Maxwell, ACF analyst, said all eyes were now on Victoria and South Australia, given NSW and Queensland crops had largely failed and WA was in a good position.

“The two southern states are the big unknown,” he said.

“The line where crops really need rain is pushing south quickly, with the Mallee parts of both states struggling, but further south there are still some good prospects.”

Mr Maxwell said a key point to getting an accurate forecast was pinning down the abandoned area.

“A lot of guys, especially in Victoria and South Australia, who planted grain crops have seen the good hay price and are worried about finishing grain crops on minimal moisture and the prospect of a dry spring and may look to cut hay or to run livestock on the paddock,” Mr Maxwell said.

“How much area that was planted that will not be taken through to grain will have an impact on total production.”

News from northern Victoria is not rosy.

Geoff Nalder, who farms at Ultima in the central Mallee, said the majority of crops on heavy ground would not be harvested and many were too light to bale.

He said crops on lighter ground were in better condition but were still in desperate need of rain, with little forecast in the next eight days.

Brett Hosking, Quambatook, in the south-eastern Mallee, said it was not much better in his area.

“We are likely to graze crops like vetch soon due to the lack of rain, but we’ll have to be conservative so we can maintain some ground cover and minimise erosion risk.”

He said early frost also looked like it had caused damage to crops already suffering from moisture stress.

Mr Maxwell said the year in the southern two states was marked by a thin line between good and bad crops.

“There has been rain in places but it has really cut out sharply.

“The variance is pronounced and there is a clear line, the fronts have just not pushed through to the north.

Dr Hatfield-Dodds agreed that further rain was necessary to lock in southern yields.

“Timely rainfall in early spring will be critical to ongoing crop development in many cropping regions in the eastern states and South Australia because of low soil moisture.”

ABARES has barley production at 8.3m tonnes and canola at 2.8m tonnes.