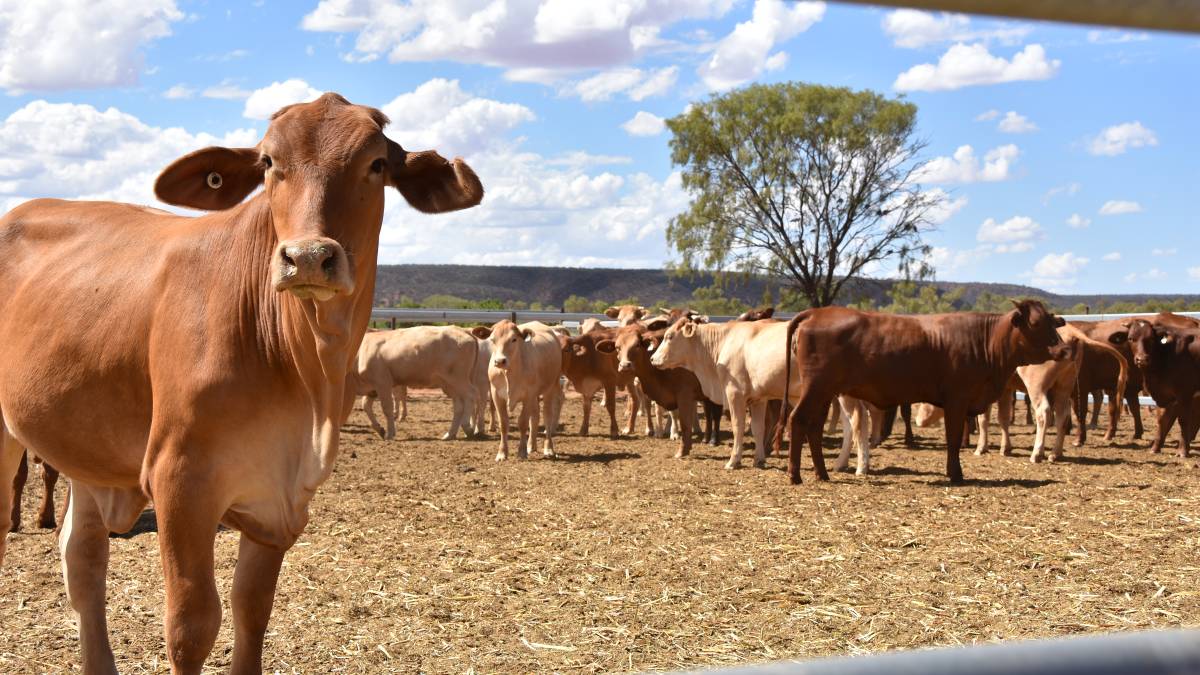 PROCESSOR margins remain elevated and have moved back above the upper end of the normal range during August.

The healthy margins appear to be encouraging processor optimism at the saleyard according to the behaviour of the spread pattern so far this season.

But is this optimism enough to spark a rally in the Eastern Young Cattle Indicator (EYCI)?

The Mecardo processor cut-out model shows that margins have improved over the month to see the average margin level lift from $81.50 per head in July to $180.65 in August.

The rebound in the processor margin places the August figure back above the normal margin range (the grey shaded region in Figure 1).

The improvement in processor margins this season began in March and has been tracking above-average returns consistently in the following months. Underlying data of processor behaviour at the saleyard for EYCI eligible cattle shows that processors have been strong buyers.

The weekly spread for processor purchases compared to the EYCI has been improving since March (Figure 2).

The EYCI processor spread has softened over early September as the EYCI rallied from 444¢ to 490¢.

This suggests that processors aren’t inclined to chase the market up despite the good margins being achieved. They are, however, more comfortable providing buying support at times when the market dips.

It also points to some muted support from backgrounders and feedlots starting to become active.

Analysis of the long-term EYCI processor spread pattern, based off the monthly average spread movements since 2004, shows we are nearing all-time highs at a premium spread of 2 per cent.

The last time processors were paying average monthly premium spreads in the 2pc premium region was during 2014. This was a time when offshore demand from the USA was booming and processor margins reached nearly $400 per head.

It’s hard to see processor activity driving the EYCI higher in any sustained manner, given we are at high historic levels with regard to the spread behaviour. Despite the robust processor margins being achieved at present, they are still a fair way short of the margins that processors were able to extract during 2014. Even processor margins over $300 per head weren’t enough to get the processor spread premium extending higher.

A more likely scenario is that we will continue to see processors actively supporting the young cattle market and increasing purchases anytime we see a price dip towards the 420-450¢ level while their margins remain above average. 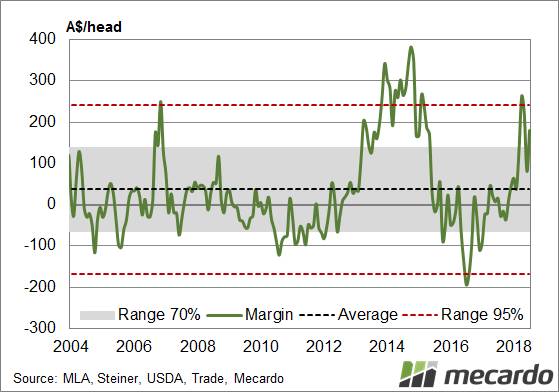 The processor margin has ranged wildly and for brief times above $300 positive to $200 negative per head. The grey area represents the range the margin has fluctuated for 70pc of the time since 2000, while the red line is the 90pc band. 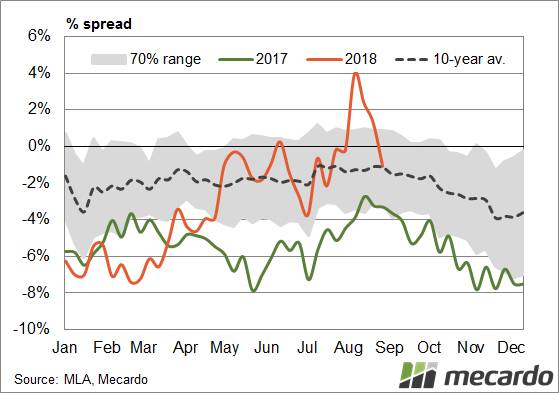 The processor spread is the difference between the EYCI and processor purchases of EYCI compliant cattle. This spread has moved from a discount of 7pc in March to a peak of 4pc premium in August.