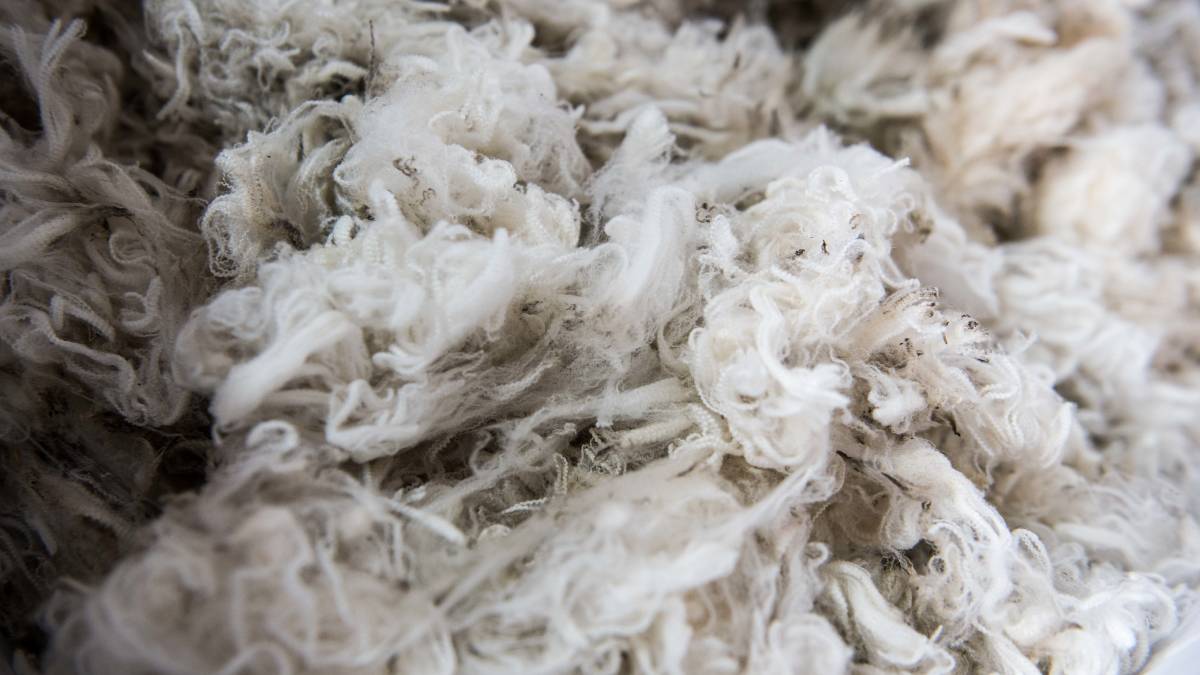 Wool exports have taken a tumble on the back of the nation’s supply drought.

Wool exports have taken a tumble on the back of the nation’s supply drought, as Australian prices experience a sharp fall in recent weeks.

Wool prices continue to slide despite a sharp drop in the Australian dollar against the US$ to the lowest level in more than two years, marking a fall of 75 cents a kilogram in the past fortnight for the Eastern Market Indicator.

The EMI finished the recent trading week at 1992c/kg. The largest declines were recorded for 18.5 micron and finer wool, with week-on-week price falls of up to 100c for 16.5m wool. 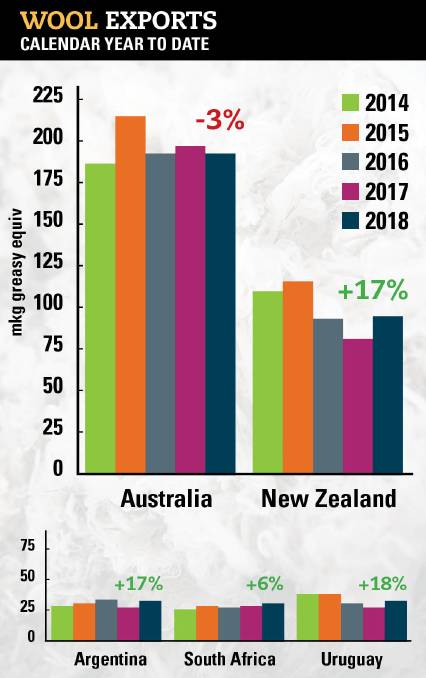 Australia’s production pressures, which have resulted in a three per cent year-on-year fall in exports, have given competing nations a competitive leg-up.

National Council of Wool Selling Brokers of Australia executive director Chris Wilcox said the fall in Australia’s exports was due mostly to lower supplies rather than weaker demand.

“The increase in exports from Argentina may in part be due to the lower supplies and high prices in Australia, as China and other countries try to find other sources,” Mr Wilcox said.

“The volume of wool exports from Australia this year to date is the lowest since 2014."

NZ and Uruguay were enjoying an export jump due to the very low prices for broad wool, a rebound from a slump in broad wool demand in 2016 and 2017 and excess stock held in NZ.  In total, wool exports by the five major wool exporting countries was 5pc higher, buoyed by strong lifts in purchases by China, the Czech Republic and India.

The nation’s ability to recover wool exports in the short-term is doubtful with Meat & Livestock Australia reporting a sharp increase in sheep slaughter for 2018.

The reviewed forecast includes a further 1.5 million sheep slaughtered this year to 9.3m total -  the highest slaughter level since 2014.

Mr Wilcox said the forecast reflected the extremely dry seasonal conditions in NSW, as well as parts of Victoria and South Australia.

At the same time, MLA predicts live sheep exports from Australia will drop by 39pc to 1.15 million head. Market analysts attribute this fall to sanctions imposed on some live sheep exporters by the Australian Government.

There were significant falls in wool tested in NSW, Western Australia, SA and Queensland, with a smaller decline in tests in Tasmania and Victoria. For the first three months this season, the weight of national wool tested was down by 11.3pc.

Mr Wilcox said September production was severely affected by the drought, with AWTA wool testing data highlighting a shift in the wool tested in different micron categories, which included a massive 39pc drop in 21m and 24m wool.

Marking the driest September, seasonal conditions has triggered a production shift that is particularly evident in wool grown in the pastoral areas of SA and NSW, and the central west region of NSW.

The 29m and broader wool category recorded a 28pc rise in the weight of wool tested, while 25-28m wool experienced a 13pc decline.​