New polling from the National Farmers Federation shows 18 – 29 year olds are the least engaged with agriculture.

Shocking new statistics have revealed that young Australians aged 18-29 are the most likely to say they don’t care at all how their food and fibre is grown.

The 2018 National Agriculture Day Poll conducted by TEG Insights has found that almost a quarter (23 per cent) of people in this age range say they don’t care at all how their food and fibre is grown.

This figure is 8pc higher than for Australians aged 30 – 49.

The AgDay Poll is commissioned annually by the National Farmers’ Federation (NFF) to gauge the community’s connection to the farm sector.

NFF CEO Tony Mahar said the apathy displayed by 18 to 29 year olds was cause for concern.

“This is meant to be a demographic with a deep social conscience, yet almost one in four couldn’t care less how the food they put in their mouths is grown,” Mr Mahar said.

“While some might say this is a credit to the quality, safety and abundance of food and fibre we produce in Australia, it’s troubling that as a country we’re growing increasingly disconnected from life’s essentials.”

The AgDay Poll also found that more than half (52pc) of 18 – 29 year olds felt disconnected with farming and uninformed about the industry.

This is unsurprising perhaps, given 65pc had not had any contact with a single farmer in the past 12 months.

“We have to do a better job at getting in front of the community, and having an open and honest conversation about what we do,” Mr Mahar said.

“Otherwise we risk seeing generations of Australians with no understanding of where their food and fibre comes from.”

The poll findings coincide with today’s National Agriculture Day – an awareness campaign led by the NFF and supported by Fairfax Agricultural Media to highlight the farm sector’s contribution.

“It’s all about highlighting the progress our industry is making each year by farming smarter and more sustainably. 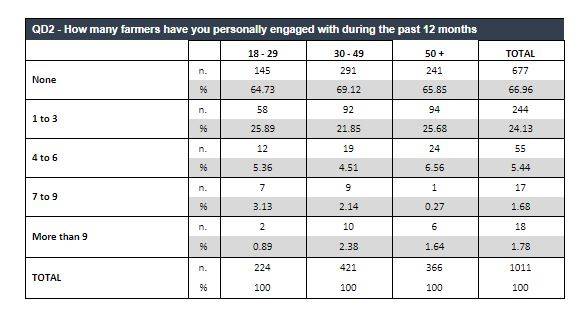 “There is a great story to tell about Australian agriculture. Whether it’s strengthening communities by providing jobs; growing more food and fibre to meet surging demand; or taking better care of our planet – each year we’re improving what we do, and making the world a better place to live.”

The NFF is calling on all Australians to get involved in AgDay.

“We all have a role to play in helping celebrate agriculture and informing the community about what we do.

“Wear green to support our farmers and take a moment to share the ‘Grow for Good’ message on social media, using the hashtags #GrowforGood and #AgDayAU.” 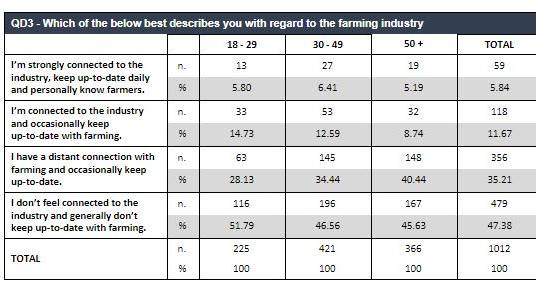