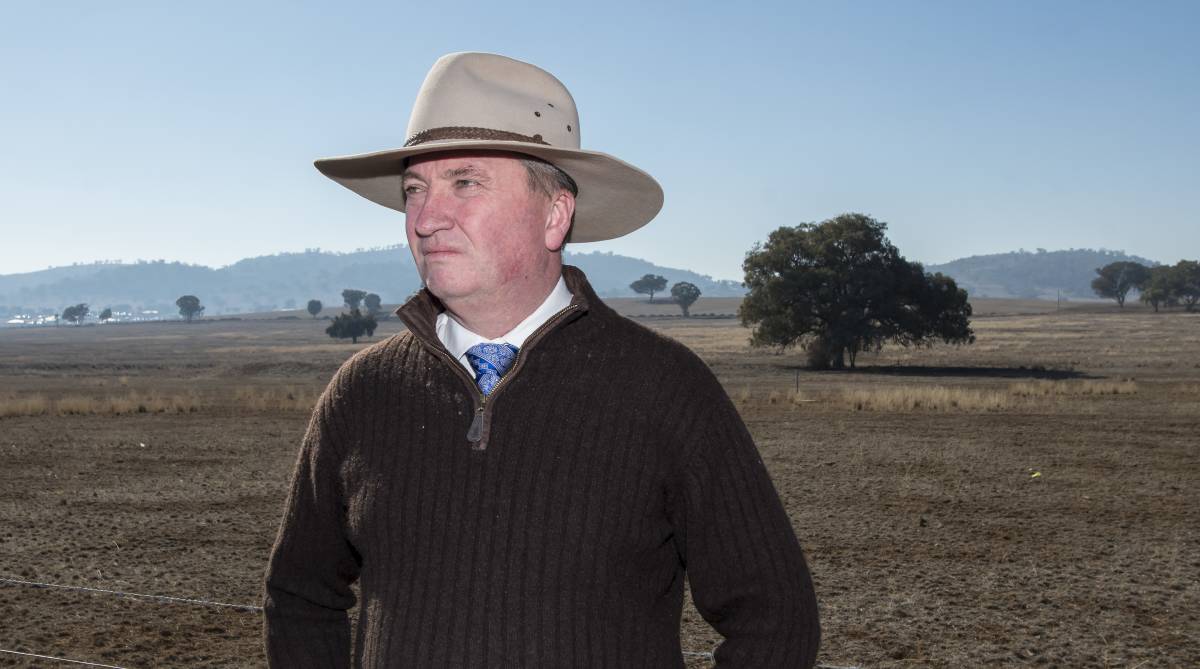 The future of the Australian dairy industry is at risk if nothing changes, the MP warns.

The cost of milk has not risen above $1 per litre since 2011 and both Woolworths and Coles have been accused by dairy farmers of profiteering during the drought.

“We all know why they’re doing it,” Mr Joyce said.

“They’re doing it so consumers walk all the way to the back of the shop to get their carton of milk and on the way back they pick up other items.

“That means dairy farmers are paying for the advertisement for the retailer, for many years we’ve been saying to retailers, ‘Fair go, this is outrageous, we’ve got to stop it’.”

Dairy farmers were thrown into crisis again in 2016 when late-season retrospective changes to the farmgate prices paid by the two biggest dairy processors in Australia hit farmers incomes significantly.

The changes were the catalyst for an Australian Competition and Consumer Commission inquiry into dairy, the results of which were released earlier this year.

In fact, increasing the price of milk at the supermarket would have little impact on the income passed on to farmers.

The future of the Australian dairy industry is at risk if nothing changes Mr Joyce said.

“It’s very hard to get a person who’s never grown up on a dairy farm to walk in off the street with millions of dollars in capital to set the farm up, train and have the veterinary skills to run a dairy herd, plus get up at half-past-four and go to bed at 9pm every day of the year,” he said.

“Because the cows don’t take holidays, it’s a 365 day per year job – are you prepared to do that? Of course many people aren’t.”

Sponsored by
Seven state and territory emerging beef leaders set to take careers to next level
Test
The Central Coast has lost a dedicated family man who was passionate about championing young people and helping his community.
Test
Questions are being asked about "junk" carbon credits being issued to Australian farmers for land they never intended to clear.
Test
Large cattle and cropping property, Airlie, in north-east Victoria is on the market as the well-known Sinclair family gears up for succession.
Test
Lathering your hair with sheep shampoo, even touching up your lipstick - these are just some surprise new uses being tested for wool.
Test
Australian Wool Innovation will look to commercialise the market component of its oft-criticised digital platform WoolQ.
Test
As Australia prepares for the next bushfire season, aerial imagery is being extended over more of rural Australia to help responders reach the right places faster.
Test
Dairying in the Southern Highlands developed into a thriving business from the 1870s.
Test