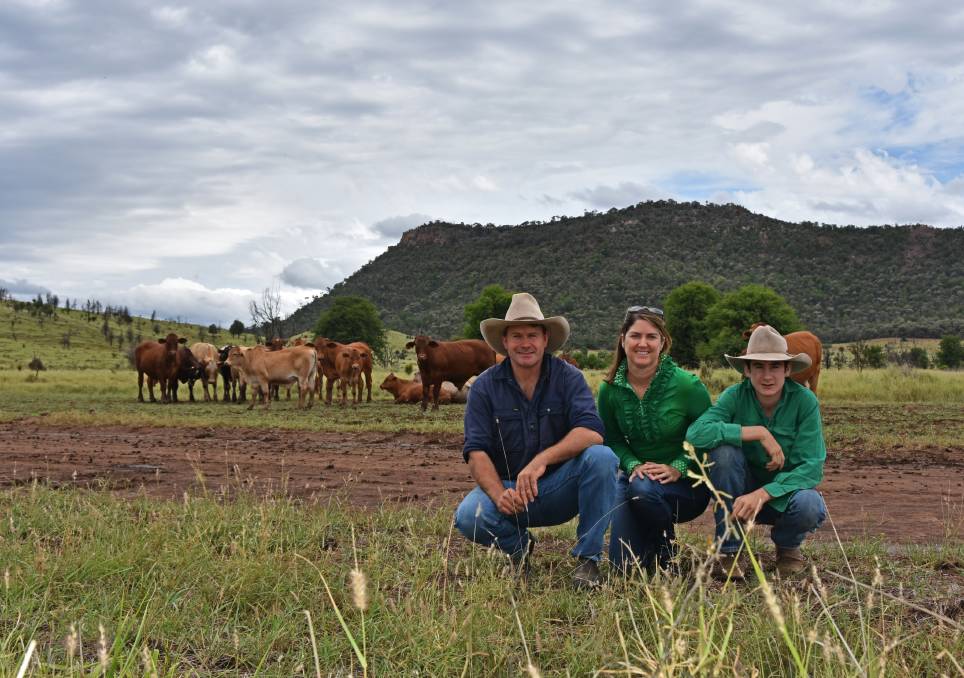 For Owen and Brigid Price, Hillyvale, Arcadia Valley, the coexistence of their organic beef operation and coal seam gas wells on their properties is a balancing act.

As consumer expectations and trends continue to change the nature of all agricultural industries, many producers are being forced to reassess their operations.

For Owen and Brigid Price, Hillyvale, Arcadia Valley, achieving certified organic status across their three properties has been the ultimate goal.

Running a breeder herd of 1200 Droughtmaster cows, the Price family carry their progeny through and turn them off as two-year-old, grass-fed beasts.

“The catalyst for us was back in 2013, ‘14, and ‘15 when we were killing conventional cattle for about $3.40 and they were terrific cattle, but we had rubbish cattle coming off our organic certified block at Blackall making $5.50.

“This may never happen again, but back then it was an eight week wait to get cattle killed for conventional, whereas I could get the organic cattle killed tomorrow and when you're in a drought it's pretty important to have that flexibility to be able to move.”

While the organic cattle may no longer be paying the 40 per cent premium over conventional cattle, Owen said they still worked on making an additional $500/head.

Despite pursuing further certification, Owen said they also wanted to keep their options open and leucaena provided them that opportunity.

“We have 140ha at the moment and the leucaena has doubled the production capability of that area, but it’s taken us five years to see the massive production benefit,” he said.

“In the next 12 months we’re going to put in another 240 hectares, and we’ll have to pull that paddock out of the organic system while that happens, but the production benefit from that will be worth it in the long run and we can still have conventional cattle on there in the long-term.”

Brigid said they were constantly thinking about future trends and making sure their business would meet community and consumer expectations.

“Consumer expectation is about looking at your end product, what it's going to cost them and the quality, while community expectations are about us as producers looking after the land and animal welfare, so we’re really conscious of having the story that ticks the boxes to say yes we're addressing our consumer needs, and not just to meet it, but because we know it's the right thing to do,” she said.

Achieving certified organic status is no easy feat, and when you throw gas wells into the mix, it makes for an interesting balancing act.

Owen said this coexistence had been time-consuming and caused some issues, but they say the 21 appraisal wells are as much a part of their business as their organic beef operation.

“We've had the gas here for about 10 years and it was probably four years ago that we went through the initial process of certification for this valley country.

“The original wells went in right at the early stages when nobody really knew what it was or what to expect, so the negotiations that we have now, we do with a lot of hindsight and a lot of knowledge of all of the possibilities, whereas before people didn't have the knowledge and people didn't talk as openly about it.”

Brigid said maintaining their organic status meant they spend huge amounts of time monitoring and managing the risks of the gas operations.

“For the gas to impact on our core market would be quite huge for us, through no fault of anything we've done,” she said.

“In the future the paddock to plate story will be everything, so we work hard to make sure we keep ticking the boxes for our organic certification and animal welfare, and it’s just about managing that fine line.”