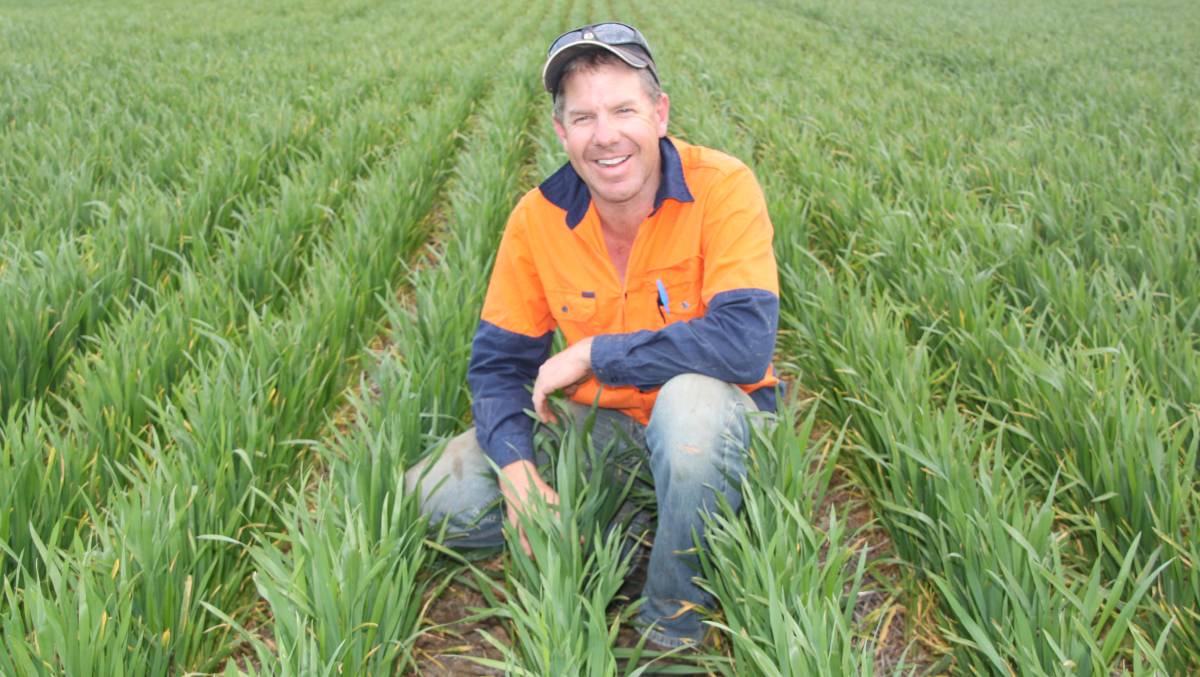 Ian Trevethan, a farmer in the Riverina and an unsecured creditor of Convector Grain, says the liquidation process with the company left a bad taste in his mouth.

Unsecured creditors of failed business Convector Grain have criticised a liquidation process that sees them not receive a final payment.

“It is probably what we expected, we never thought we would get a big payment, but it is a blow nonetheless,” said grower creditor Ian Trevethan, based in the southern Riverina in NSW.

Convector Grain went into administration in 2013, with debts of around $15.3 million to 240 creditors.

Mr Trevethan said it was disappointing to see the finance industry take such big chunks out of the remaining assets that nothing filtered back to people owed money by the company.

“It is all above board legally no doubt, but it leaves a bad taste in your mouth, I’d like to see the government have a look at some sort of regulation in this part of the finance industry similar to what has happened in banking.”

His comments were backed up by fellow unsecured creditor Kel Baxter, Berrigan, NSW.

“These kinds of processes are fine in the eyes of the law, but it is high time politicians had a look at the powers of the administration sector, because it is not right to see the people actually owed money get nothing while you see consultants on these extraordinary wages,” Mr Baxter said.

“I don’t think their behaviour would meet with approval from the wider community, even if it is legal.”

“Further regulation within this particular sector of the finance industry could help to see a fairer distribution of available funds.”

Pitcher Partners, the appointed liquidators, defended its actions in a statement, saying it had been appointed after a longer than usual period of voluntary administration.

In a letter to creditors, the company said a payment to unsecured creditors was always dependent on the outcome on unfair preference claims.

In its statement it said the process of selling Convector’s key remaining asserts was a complicated process, with some plant assets affixed to company premises at Footscray and Laverton, in Melbourne’s west.

Pitcher Partners said it also pursued nine creditors who had allegedly received preferential treatment in terms of having payment made before Convector went into voluntary administration.

Each of the claims was settled, without the matters proceeding to trial.

The company said it was unable to recoup enough to make a distribution to creditors.

“At all times, the liquidators have sought to recoup as much as possible for creditors, but as the final report shows, realisations were insufficient to make payment of a dividend to unsecured creditors,” it said in its statement.

The secured creditor received distributions for the liquidation recoveries of approximately $1,600,000.

In terms of whether the fees Pitcher Partners charged were excessive, the company said it was difficult to compare liquidations and said litigation was inevitably a protracted process.

Mr Baxter said he was disappointed there was not a final creditors meeting to discuss matters.

However, Pitcher Partners said the insolvency law was changed in 2017 and it is no longer a requirement to have final meetings of creditors, particularly where it is important to minimise costs.

Mr Baxter said he was still disappointed a push by farmer creditors to take over the company when it was in voluntary administration failed.

“There was the opportunity to give us a chance, and I guarantee there would have been some sort of a pay-out for the unsecured creditors but instead Pitcher Partners have come in and we’ve seen various financial and legal companies legally line their pockets.

“It’s something that needs to be tackled, it’s a huge gap in regulation in our financial system.”

In terms of ensuring he was not exposed to counterparty risk now, Mr Baxter said he now used debtor insurance.

“Rather than things like the personal property security register (PPSR) which some people recommend, I’ve found debtor insurance works well.”

“The insurers analyse the credit risk of the business you are going to deal with and if they won’t give you insurance, its probably a good message about the security of that business.”

Clayton Utz and Frenkel Partners were the legal firms used in the liquidation process, with total legal fees in excess of $600,000.