Josphine Mukiri is 50-year-old farmer from Meru county in Kenya where she owns five acres.

When Kenyan farmer, Josphine Mukiri, flew to Germany to join Bayer’s Future of Farming Dialogue in September it was the first time she’d left her home country and her first time on a plane.

“I couldn’t believe there were no roads in the sky for the plane,” she said through an interpreter.

“I couldn’t stop looking out the window.”

Josphine was one of four smallholder farmers to lead a panel discussion on sustainability at the September conference.

With a program packed with presentations on topics such as gene editing, drone applications, blockchain and advanced crop protection, the challenges faced by the smallholders in third world nations provided a much needed perspective for delegates.

They explained that the prosperity of their entire village often depended on the success of their farming operation and said access to better herbicides and pesticides was vital to their future. 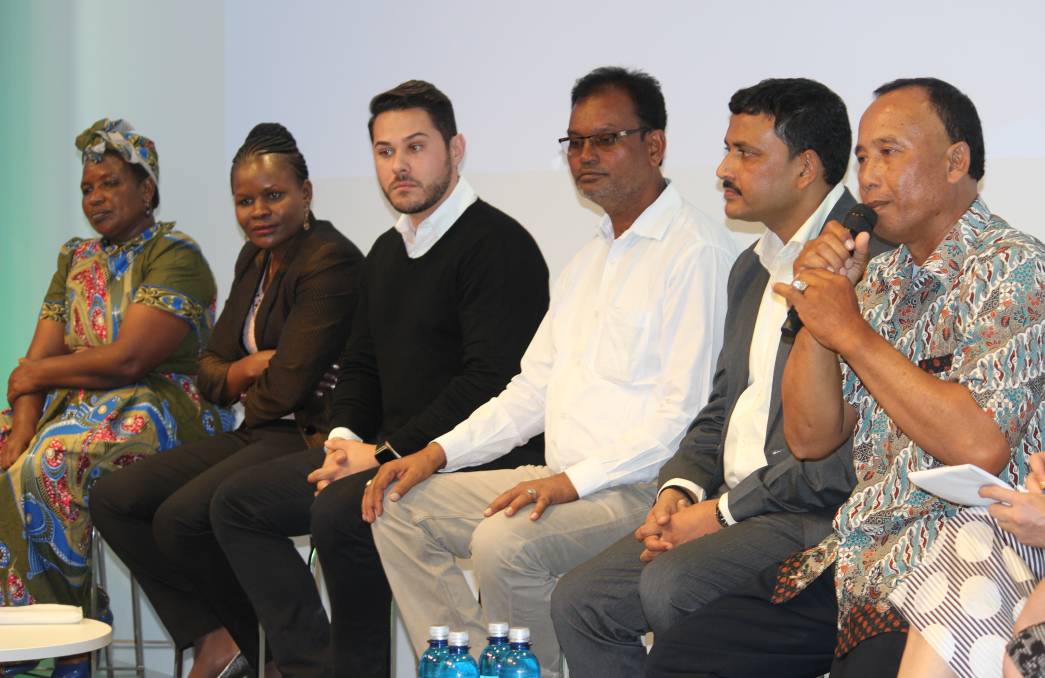 Josphine told the audience her husband had died in 2014, leaving her with four children and a five acre farm to run.

She grows potatoes, cabbage, maize, carrots and beans that are sold at a local market.

“We don’t have enough water to irrigate our crops so drought is a big problem,” she said.

“Also getting capital is a very big problem for farmers. Farming is very risky.”

Josphine said most farm workers were women while men traditionally worked with livestock or in jobs such as construction. Josphine Mukiri speaking with her interpreter at Bayer's Future of Farming Dialogue in Germany in September.

“They don’t do as much,” she giggled.

Josphine recently joined a farming group run by Bayer in her local area and said she had learned much about topics such as fertility, land preparation and safety when using pesticides.

“I hope this will be possible with what I am learning.”

Bayer East Africa has been headquartered in Nairobi, Kenya, since 1968 and now employs 185 staff in Kenya, Ethiopia and Tanzania.