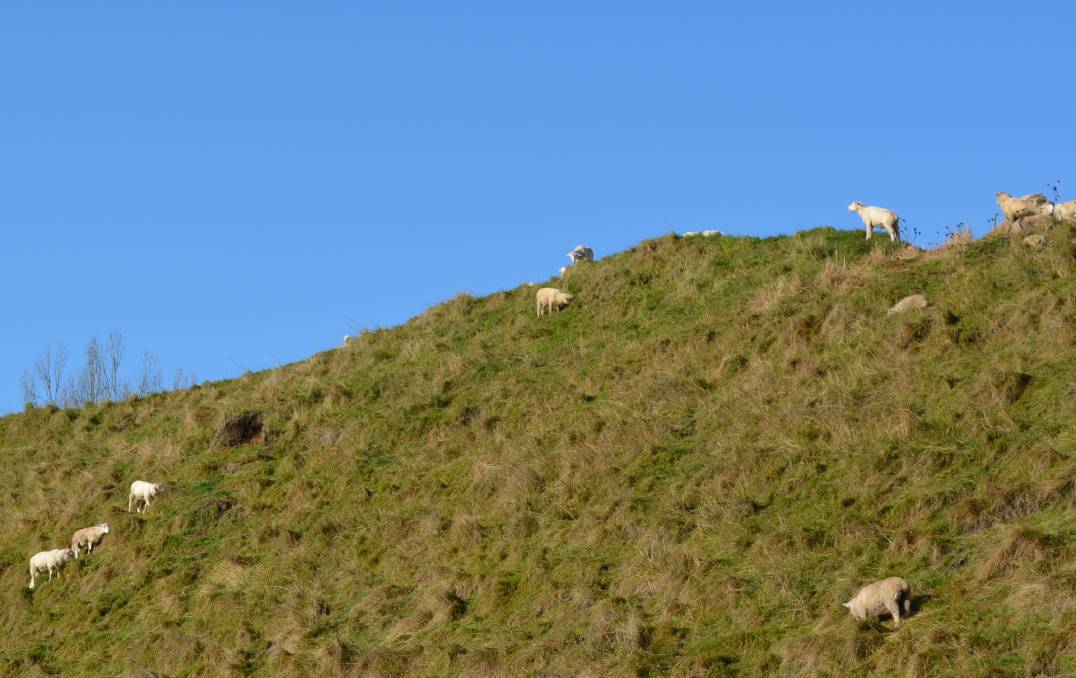 HIGH LIFE: Decades of debt fuelled farm price increases are worrying the Reserve Bank of New Zealand and the Australian banking industry, which has largely funded ag's big rural debt across the Tasman.

Decades of rising farmland prices have helped sustain and encourage the lending habit across NZ’s dairy industry, as well as the beef, sheep and horticulture sectors.

Many milk producers borrowed heavily in the past 20 years to expand and develop sizeable new farms, including land previously running sheep and beef cattle, in response to optimistic milk demand signals – but they then got whacked by the 2014-15 global price slump.

In many cases, however, NZ ag borrowings are still climbing, with total rural debt up almost $2b in the year to September 30.

Of particular concern is the realisation that about 2500 dairy farms carry much of their industry’s loan repayment challenge.

Farm debt has caused increasing discomfort at the Reserve Bank of NZ, and for the Australian banking sector which provides much of the lending capital available to Kiwi farmers.

“Regulators are telling lenders there’s a lot of money on loan and not enough in the banks themselves to help cover capital overlays, especially as extra funds were lent to help carry farmers through after milk prices crashed.”

Australia’s Royal Commission into the banking sector and NZ Government twitchiness about several farm sector cost concerns added to the delicacy of the issue.

One in four sharemilkers felt undue pressure from their bank, a 6.5 percentage point increase - Federated farmers of NZ

For more than 25 years NZ farmland values have risen 10pc annually, paid for largely by borrowed money, which, in turn, has driven land prices up even further.

Now the message to agribusiness bankers has been “get some of those core loan funds back”, particularly now dairy markets have recovered some ground.

Dairy farmers were under greater pressure to control expenses this year, and to repay about $NZ5b in special carry-on loans made between 2014 and 2016 when farmgate payments slumped from record highs of $NZ8.60 a kilogram (milk solids) to just $NZ3.90/kg.

While prices picked up to average $NZ6.75/kg last financial year, milk market momentum has since slipped to just above $NZ6 as global values sink to 2016 levels.

More producers are feeling the stress according to a recent Federated Farmers of NZ survey which found an average two point rise (since May) in the industry’s perception of “undue pressure” from banks to almost 12pc.

Farmer satisfaction with their bankers was still a solid 74pc, but at its lowest point in three years – down from 79pc six months ago.

Aside from dairy, NZ’s 28,000 sheep and beef producers have about 22pc of the national rural debt portfolio and mainstream horticulture’s 2000 producers hold 10pc. 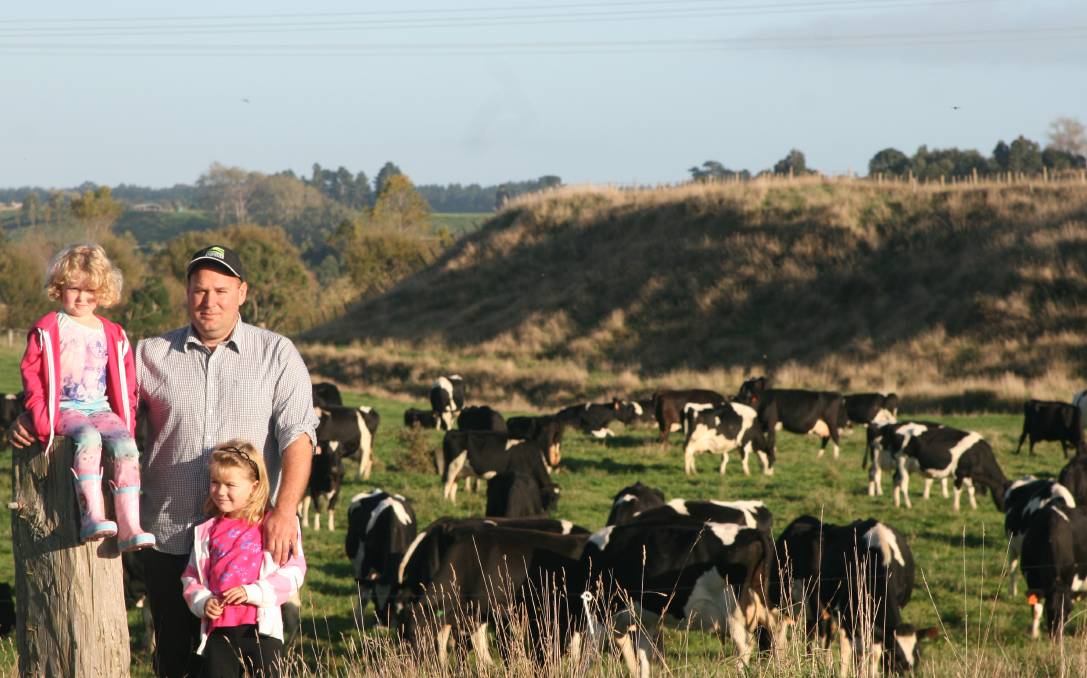 Concerted efforts to pay down overdrafts were being aided by more export demand than NZ could satisfy for meat, timber, Merino wool, milk and horticultural categories such as kiwifruit and apples.

Yet, the ag sector mood remained slightly uneasy “as more bankers look to shore up their loan books, and encourage those who may struggle to consider their options”.

Mr Hoggard said another key reason for cautious sentiment was uncertainty about the year-old Labour Government’s new regulatory agenda and likely costs to agriculture, including a “zero carbon” emissions target.

More rigid labour hire laws were in force, land and water management and quality monitoring rules were getting tougher and a mooted $65 a tonne carbon emissions trading scheme price was set to wipe out beef profit margins.

Banks are still quite supportive and still seem happy to lend money if you want to invest in your business - Andrew Hoggard, Federated Farmers of NZ

Health and safety compliance rules were in the spotlight, too, including seat belts for tractors and use of helmets on quad bikes and side-by-side vehicles.

Farmers have grown more nervous about how much they should set aside to finance farm enterprise changes, or whether to continue farming at all.

Bankers pointed to farmers already rethinking their enterprise priorities, including diversifying into forestry or a mix of land uses.

Some dairy land had come out of milk production, returning to less intensive beef grazing, or crops.

Is it all worth it?

Some farmers were disinclined to spend to accommodate new regulatory pressures, particularly if their children were not returning to the farm.

Meanwhile, the various cost pressures were taking a toll on NZ agriculture’s “can do” spirit, especially among some highly geared borrowers who previously had big growth plans.

Mr Hoggard, who milks about 500 cows at Fielding in NZ’s North Island, agreed some dairy operators with optimistic business strategies – the people the industry needed most – were now wondering about the reward prospects.

NZ farmers certainly need to be resilient and flexible to survive as well as they do, but I’d argue Australian agriculture is probably more alert to risk - Andrew Hill, Westpac NZ risk specialist

“However, banks are still quite supportive and still seem happy to lend money if you want to invest in your business,” he said. 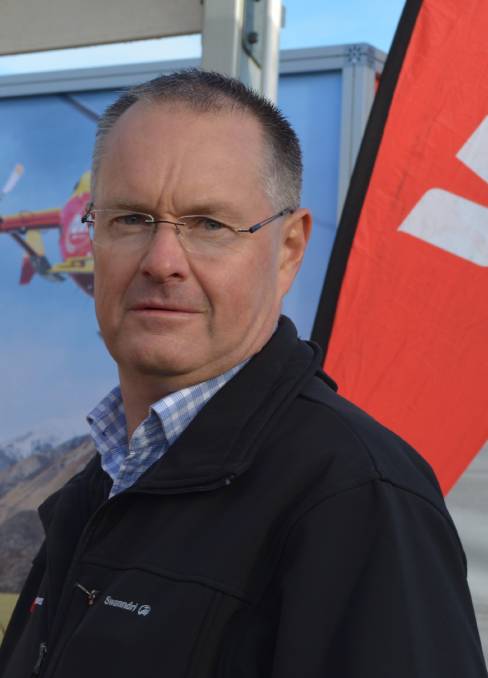 “Your risk profile is probably more carefully considered these days and banks demand more cost control, but a lot comes down to a good working relationship with your bank manager.”

He felt Kiwi farmers were inclined to take bigger risks with borrowings than their Australian cousins because they had fewer adverse production events thrown at them by Mother Nature.

Historically, NZ farmers mostly enjoyed fairly predictable cash flow and borrowing conditions, which meant forward plans had not traditionally needed to factor in too many risks.

“NZ farmers certainly need to be resilient and flexible to survive as well as they do, but I’d argue Australian agriculture is probably more alert to risk,” he said.

“In the past 20 years they’ve been through quite a few tough years and cash flow difficulties thanks to weather, market setbacks, or biosecurity issues, and they’ve witnessed farm foreclosures on a bigger scale.

“In NZ we’ve probably not realised how good we’ve had it, particularly in dairying.”