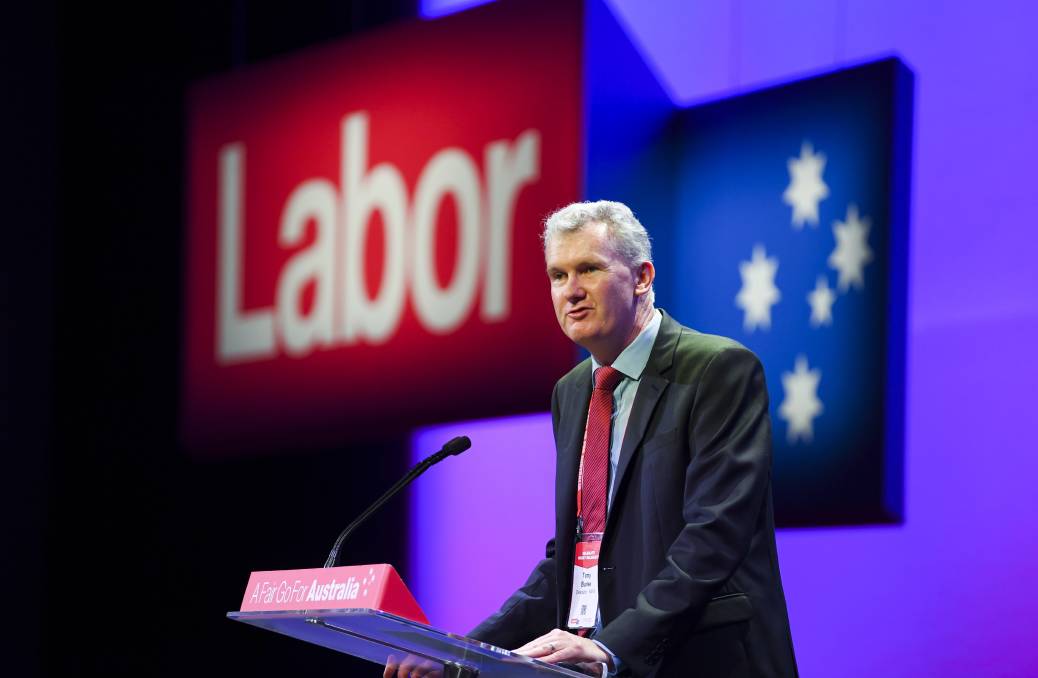 Labor risks opening a battleground on landclearing in the bush ahead of the federal election next year, and being gazumped by the Coalition, after pledging to rewrite environment laws and creating a new federal oversight agency.

At its National Conference in Adelaide this week, the party adopted as an election commitment a policy proposal from the Labor Environment Action Network, a left wing movement.

Labor has not detailed its environment policy for funding plans for when it forms government.

A policy document from the party’s Environment Action Network lists excessive use of fertiliser and land clearing, and the impact of feral animals and invasive plants are key threats to agriculture and the environment.

“The current laws and how they have been administered isn’t working. We’ve seen broadscale land clearing in Reef catchments, we’ve seen the trigger in the law that protects water ignored and approvals are taking years to progress,” Mr Burke said,

“We aren’t creating new layers of regulation, we are fixing a broken system, streamlining law and delivering true protections.”

Labor issued a statement which said its new laws would target climate change, protect the environment while creating jobs and harmonising regulations.

The government has its own environment initiative underwat.

It commissioned a review of the how the Environment Protection and Biodiversity Conservation Act interacts with the agriculture sector, which has been completed by Dr Wendy Craik and is under consideration by the Environment Minister.

Like Mr Burke’s pledge to streamline laws, the government is looking at reducing red tape, as well as announcing what could be a popular scheme in rural areas, with billions of dollars in incentives to landholders for boosting biodiversity and ecosystems on their property.

“Now Labor’s proposal is on the table we obviously want to see the detail, the funding plans and new agencies.

“We want to have some pretty serious consultation with the prospective new government to sure they and we understand what they are trying to do.

“We seem to be on trajectory towards that and we’d like to maintain that.

“Most of the outcomes here are a public good carried out on private land.”

Mr Mahar said NFF’s growth plan includes a goal to established a publicly-funded environmental stewardship fund, aimed at creating a marketplace for private investment with a proposed metric of five per cent of farm revenue delivered from ecosystem services.