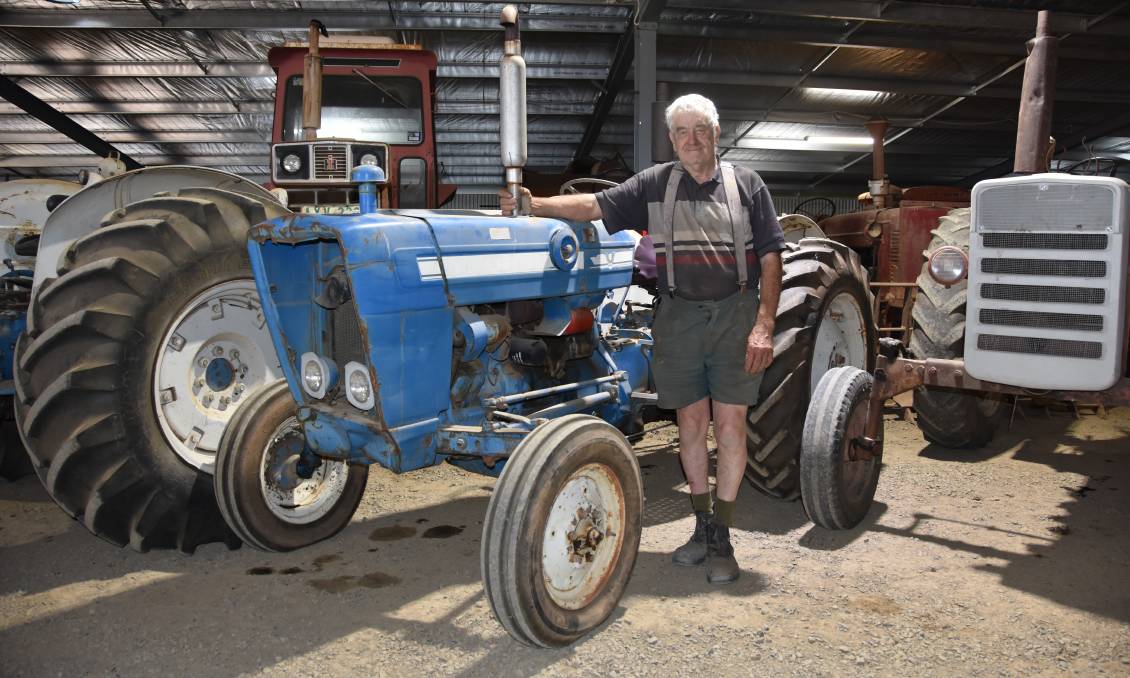 Michael Woods has many stories to tell about the vintage machinery in his collection at Woods Farming Museum in Rupanyup.

Vintage machinery has a fascinating backstory if you care to investigate.

THE DEVELOPER of Woods’ Farming Museum in Rupanyup, Victoria, Michael Woods is a treasure trove of little known lore about vintage machinery, where it came from and what it was used for.

For farmers who believe the appearance of the tractor does not matter and it is the horsepower that is all important, he has an important cautionary tale regarding Fordson’s colour scheme and the Second World War.

Fordson had factories in both Cork, Ireland and Dagenham, England, and was rolling off smart blue tractors with red insignia.

However, this was not to the taste of the Ford bosses back in Detroit, who came over and insisted the British brighten things up a bit, coming up with a rakish orange design that could be seen from space, as the saying goes. +9
Some of the gear in Woods' Farming Museum.

Only problem was, they really could be seen from afar – not an advantage in wartime England, when the Germans were trying to hit any essential services – and what could be more essential than growing food?

The orange tractors stood out clearly on the docks and were duly targeted by the Luftwaffe, capping off a less than successful relaunch.

He also talks about the tracked McCormick Deering machines of the 1930s.

Today tracks are back in vogue, because of their ability to minimise soil compaction, but back then they just offered a rough and ready ride.

However, machinery was not widely available in Australia in that era, so farmers snapped them up when they could, grinning and bearing the bumpy ride.

Mr Woods also recounted some of the stories of getting the machinery.

“I’ve been round clearing sales and the like and others have approached me with stuff that has been sitting in the sheds, we had to pull a wall down to get one item out, while another old harvester was pulled up near the hen house.

“When we cleaned it up there were buckets and buckets of poultry manure.”

Some of the machinery was down to good old fashioned country ingenuity.

He has a series of hand made windmills in the display, lovingly crafted by a returning World War I veteran.

“We think he took to making the windmills as therapy, but the detail is incredible,” Mr Woods said.

“He has made individual hinges out of what we think are jam lids, while the wood is all fossicked, with a lot of packing cases – as far as we know the windmills are all functional still but we’re not game to risk such delicate work.”