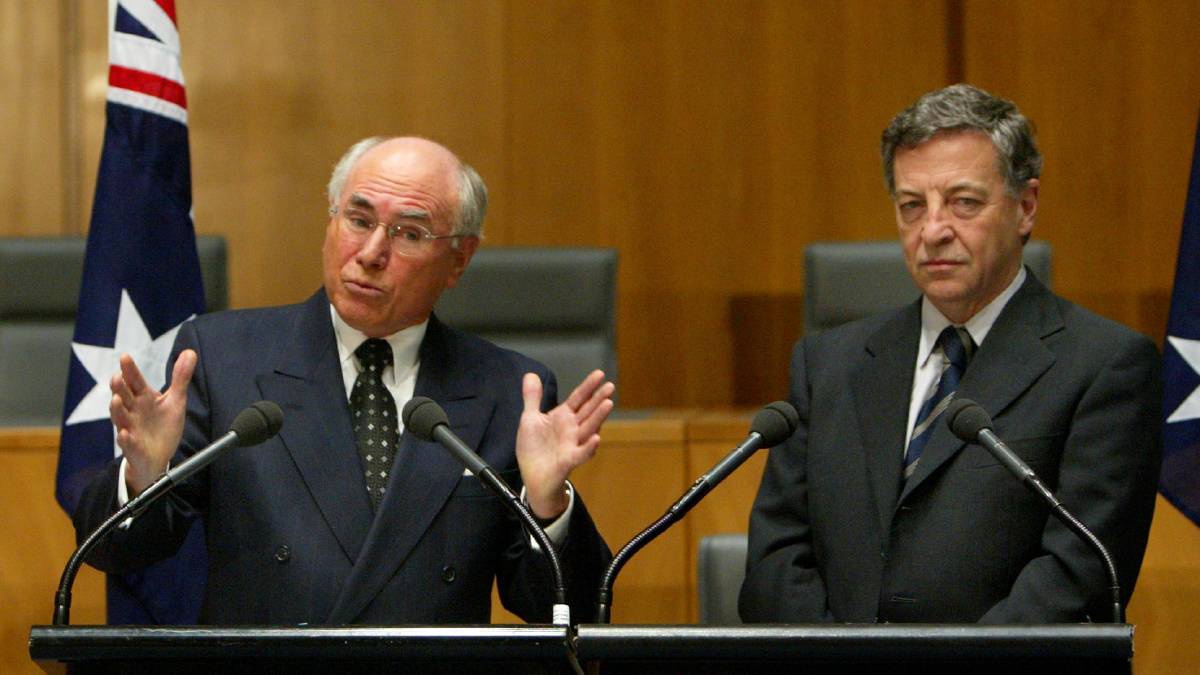 Recently declassified Cabinet papers reveal the Howard Government grappled with a range of competing concerns as it deliberated over signing the Kyoto protocol, as it balanced the international push for greenhouse gas reductions against its desire to shield Australian industry from economic impacts.

The documents from 1996 to 1997 confirm the Coalition committed to the previous Keating Governments “no regrets” policy, ruling out any move to curb emissions if it would impact the economy.

That meant the Howard Government was left with one option, which many farmers argue had a detrimental economic impact -  reducing net carbon emissions reducing land clearing through extra regulations, and planting more trees.

A Property Rights Australia board member, Mrs Agar’s property is located west of Wyandra, where she said the country needs active management.

“Howard shafted us under Kyoto, and Queensland felt the brunt of it, while (then Qld Premier) Peter Beattie was happy to be enlisted to implement the state policy to control landscape management.

“From then on our potential to manage our own land was snuffed out because of what John Howard committed to.

“One day could develop our place, like here we have a lot of potentially highly productive country that is smothered in trees, but we can never improved our productivity past the current limits because we cannot effectively  manage the land.

“It's like a garden, you need to actively manage the landscape or it turns into a matted jungle. Now we have thousands of acres of beautiful soil that will stay unproductive.”

Australia played hardball in the international negations and secured a special exemption, known as the “Australia clause”, which allowed the inclusion of carbon emissions from land clearing to count towards Australia’s target - which was set at a generous 8 per cent increase on emissions levels to 2012.

Effectively, the Australia Clause allowed emissions to grow, but with unintended consequences for agriculture.

As Charles Sturt university vice chancellor Clive Hamilton has pointed out, counting carbon stored in trees against net emissions meant that Australia’s emissions from burning fossil fuels could rise by around 25 per cent while overall emissions would still be under 8pc.

He said there are other policy options to achieve the same goals and help promote agriculture, such as the Emissions Reduction Fund (ERF), which kicked off in 2015 and funds landowners who reduce emissions through energy efficiency, waste management, revegetation, livestock management and so on.

“The agriculture sector is the only sector of the economy that has substantially reduced annual emissions, a consequence of the bans imposed on land clearing by state governments throughout the 1990s and early 2000s,” Mr Heath said.

“The Emissions Reduction Fund auctions demonstrate that the same outcome (reduced land clearing) could have been achieved as a result of financial mechanisms which rewarded farmers for managing land to achieve the required emissions reductions.”

He said about 80 per cent of the ERF’s emission reduction has been come from farm projects, with vegetation work doing the heavy lifting.

“In total, ERF projects are now estimated to be reducing Australia's net emissions by 177 million tonnes CO2-e per annum. This program has demonstrated that farmers will embrace practices which deliver ecosystem services if there is appropriate financial recognition.”

However, just $250 million of the ERF’s $2.5 billion fund remains – with no firm plans from the government on its future.

Both major parties are weighing new environmental policies in the lead up to the federal election, due by May 18 this year, which could include new financial incentives for land managers to help curb emissions.

The National Farmers’ Federation policy is to lobby for a significant boost for funding to farmers for “ecosystem services”, including emissions-reducing projects like soil carbon capture, tree planting, pasture management and so on.

NFF wants the net benefit for ecosystem services to be equivalent to 5pc of farm revenue by 2030.