Veganuary may have backfired on the movement, experts say.

VEGANISM’S health halo appears to be dissipating with the spread of nutritional advice that highly-processed packaged offerings are little more than junk food and as everyday consumers push back against overzealous campaigning.

Big United Kingdom movement Veganuary, which urges people to ditch animal products for the month of January, has backfired for the anti-meat army, many marketers and nutritional experts believe.

Health writers have used the event to take a close look at the nutritional values of a vegan diet and have come up with headings like “Just because it’s vegan doesn’t mean it’s healthy” and “Vegans take more sickies.”

At the same time, the recommendations from a major report on healthy diets and food systems commissioned by the famed Lancet Medical Journal has been received with cynicism.

The report, a three-year collaboration between 37 scientific experts from 16 countries, calls for a dramatic reduction in the consumption of meat and dairy and a sharp increase in plant-based foods.

Hear, hear! Advice from @JoannaBlythman can't be bettered! "Stick to #natural unprocessed #foods in their whole form, meat, fish, poultry, eggs & keep away from ultra-#processed#foods." Don't be misled by #biased#EATLancet - which included NO #agricultural experts on it's panel https://t.co/SbZyn5Cyib

Food trend watchers say the avalanche of negative social media feedback descending on the report reflects a perception the authors have gone too far on the anti-meat message.

Meanwhile, Veganuary organisations say more than 250,000 people around the world have registered to take part in the month-long ‘taste test’ of the lifestyle aimed to coincided with New Year’s resolutions.

For most, a love of animals is the main catalyst, they say.

Veganism, they say, is “one of the most effective choices a person can make to reduce the suffering of animals, help the planet and improve personal health.”

Livestock producers have long questioned this rhetoric and now those questions are starting to be asked further afield.

“Where are these products made? Are they supporting local farmers and rural communities? What is the air-mile impact of importing these vegan products compared with sourcing local animal-based foods?” asks registered nutritionist Anthony Power.

Pound-for-pound, animal foods are much more nutritionally-dense than vegan foods, he said.

“Nutritionally, vegan foods are not a ‘complete food’ due their need to be heavily processed and the fact that their absorption via the human gut may not be optimal and this may lead to deficiencies and gastrointestinal upset,” he said.

“We are eating significantly less meat, eggs, seafood and dairy foods than we were 50 years ago. But chronic disease like obesity, diabetes and heart disease is rising rapidly, not falling. “The reason for this is we are eating too many carbohydrates like grains, potato, rice and snack foods.

“If you look at a typical fast food meal of a burger or pizza, fish and chips or even a meat pie, that includes fries and a drink, the majority is carbohydrates not fat or protein.

“Eating even less meat than we are eating now will make us more sick, diabetic, overweight and deficient.”

Sharon Natoli, author of Food for a Better Future and founding director of Food & Nutrition Australia, says there is a strong body of evidence to support the claim that including plenty of foods that come from plants, like vegetables, fruit, wholegrains, nuts, seeds and legumes in our daily diet is a healthy way to eat and, as part of a balanced diet, can help reduce blood cholesterol and blood pressure levels, manage weight and reduce the risk of diabetes.  “However, this can be achieved with either a diet that includes animal-derived foods like meat, eggs and dairy, or with a well-planned vegan or vegetarian diet,” she said.

“These benefits are not exclusive to one style of eating – it is more about the overall balance, proportions and quality of foods that are included in the diet.”

If a vegan diet is not well planned, the main risks can be a deficiency of vitamin B12 as this vitamin is only found in animal derived foods, Ms Natoli explained.

“It can be more challenging to obtain sufficient amounts of other nutrients that are often found in higher amounts and in a more bioavailable form in animal derived foods, such as calcium, iron and zinc,” she said.

“The bulkiness of a high intake of fibre-rich plant foods also has the potential to result in lower kilojoule and nutrient intakes in infants and young children due to their smaller appetites.”

So was it clever marketing that gave veganism its health halo and righteous status in the first place?

Concern about personal health, animal welfare and the health of the planet are indeed prominent megatrends and most marketing experts agree veganism promotion has targeted those well. 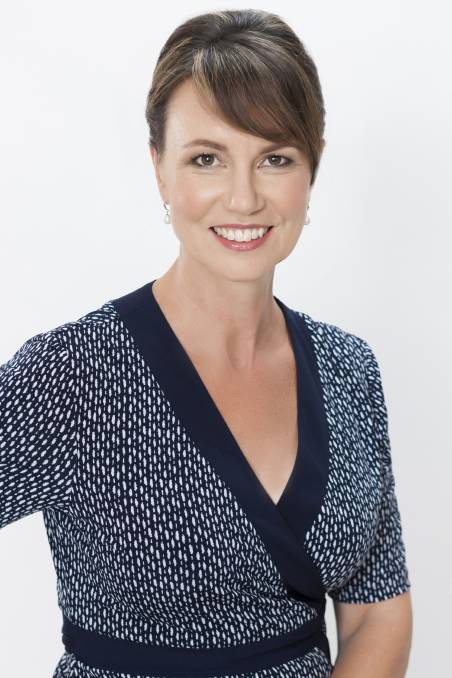 ON THE MARK: Sharon Natoli, author of Food for a Better Future and founding director of Food & Nutrition Australia.

Ms Natoli points out a significant amount of nutrition research also comes out of the United States, where meat is generally higher in saturated fat.

The pushback now, she believes, is due to the “over-zealous nature of some of the people and organisations promoting this way of eating.”

“In general, people don’t like to be told what to do or to be made to feel guilty about what they are eating,” she said.

“If this occurs it is human nature to become defensive and to find reasons not to change. In the area of diet and nutrition there is also a history that shows that if something gets pushed too far, or is promoted as being the only way to eat, we will see a counter-trend.

“In addition, researchers and nutrition professionals are aware that animal derived foods can make a significant contribution to achieving optimal nutrient intakes.”

And while the environment and personal health are key components of the concept of sustainability, it is also about eating a culturally-appropriate diet, Ms Natoli argues.

“It wouldn’t be culturally appropriate to recommend Eskimos eat a vegan diet, or to suggest this to people from central Mongolia or Australian Aboriginal people whose traditional diet includes foods such as wallaby, kangaroo, possum and wombat, to name a few,” she said.

Mr Power said the production of vegan food also impacted the environment and the processing of these foods also required fossil fuels and had a significant environmental impact.